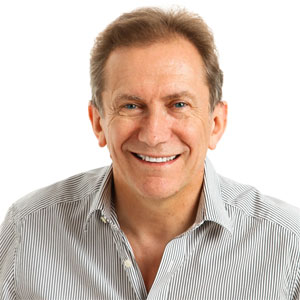 Richard Parris is an Anglo-American technology entrepreneur with extensive experience in the cyber security and identity management industry. He founded Intercede in 1992 and has led the Group through all stages of its growth, including an IPO in 2001. Richard regularly engages with governments, systems integrators, cloud service providers and major corporations to promote the importance of identity assurance as the cornerstone of cyber security, physical access control and the digital delivery of public services. He is a Chartered Engineer and has an MBA from the University of Warwick Business School. Richard is a member of Catalyst UK, a global network of business leaders, influencers and academics that have agreed to help UK Trade & Investment (UKTI) and other parts of the British government to promote UK excellence internationally. He is also a member of the UK government’s Cyber Growth Partnership.

A demonstration will take place at Mobile World featuring Intercede’s MyTAM & Solacia’s SecuriTEE software Intercede and Korean company Solacia recently announced an integration of their mobile security solutions to allow Android applications to execute secure transactions in a hardware protected zone. Intercede’s Trusted Application Management (TAM) service now provides application access to ARM® TrustZone® technology via Solacia’s Trusted Execution Environment (TEE) and incorporating digital certificates from Symantec. LG V10 Smart Phone Demonstration This is the first time an independent TEE has been installed, post-factory, on a standard consumer grade smartphone and then securely loaded with a Trusted Application (TA) using a multi-TEE TAM service. This revolutionary solution offers mobile operators, service providers and their application developers greater control of Trusted Applications on Android based mobile devices. An end-to-end demonstration built on a LG V10 smart phone will be showcased at MWC. “This deployment heralds a new era in security for Android handsets, giving service providers a new level of control over the security features they can offer with their devices and applications,” said Richard Parris, CEO of Intercede. “They need choice in their selection of TEE and cryptographic key provider for reasons of interoperability, policy and cost while maintaining a common management platform across mixed fleets of devices.” Execution Of Secure Transactions For Banks & Service Providers The TEE is a secure environment that benefits from the protection of hardware based security such as TrustZone technology that is built into billions of ARM processors. This allows specially designed apps to execute secure transactions in a trusted area that is completely isolated from the standard Android operating system. Use of the TEE enables enterprises such as banks and service providers to enhance their Android security measures and ensure customer transactions and sensitive information aren’t vulnerable to attack by malware.  Sang Jin Park, CEO of Solacia added: “This is a great opportunity for Solacia to demonstrate SecuriTEE on a commercially available consumer handset. By installing the TEE post-factory we are demonstrating that MNOs and service providers have real choice in their selection of core security components. When teamed with a multi-TEE TAM, such as MyTAM, the MNO can now choose a cryptographic key management infrastructure that places the root of trust under its own control. We believe this is a fundamental requirement to enabling widespread adoption of secure mobility, including the use of SecuriTEE, by unlocking the full power of ARM TrustZone technology.” Provides Secure Walled Garden For Valuable Codes And Data “TrustZone technology provides a secure walled garden for valuable code and data.  The ability to install or update secure world software on connected devices is beneficial to service providers, device makers and customers,” said Marc Canel, Vice President, security systems, ARM. “We welcome Intercede and Solacia’s innovative approach to deploying Trusted Execution Environments and Trusted Applications, it shows a new and elegant way for secure software to be installed and managed on consumer devices after they have left the factory.” “Establishing a secure root of trust is fundamental to any TEE-based implementation,” said Jason Merrick, Senior Director, Information Protection, Symantec. “Committed to the use of open standards in authentication across the security industry, Symantec is pleased to be providing the digital certificates that are used within this demonstration to secure the TA provisioning process enabled by MyTAM.” The demonstration will take place at Mobile World Congress in Barcelona, Hall 7, B81, and features Intercede’s Trusted Application Management platform, MyTAM, and Solacia’s SecuriTEE software, fully supported by LG, Symantec and ARM.