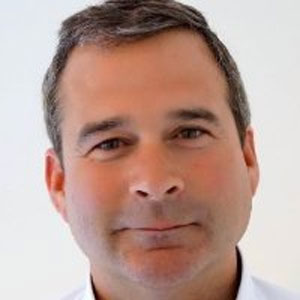 A key priority was to reduce incidents of theft, which were becoming an issue for the 200+ businesses based on Clacksfirst’s sites Clacksfirst, a Business Improvement District (BID) managing ten business parks and industrial estates across Scotland, has reported a 50 per cent reduction in crime after the installation of an innovative IP-based Automatic Number Plate Recognition (ANPR) solution. Axis Communications and partner, IP video integration specialists Boston Networks, successfully won a six-way tender to secure the project, for a proposed ANPR system that would not only collect number plates but would also identify vehicle models and signage, as well as identify people inside vehicles and pedestrians entering and leaving the estates, day or night. The installation was to be the first CCTV security measure implemented by the management firm in an effort to increase safety and deter criminal behaviour. A key priority was to reduce incidents of theft, which were becoming an issue for the 200+ businesses based on Clacksfirst’s sites. Nick Platt-Higgins, key account manager at Axis Communications, said: “Axis cameras were deployed around the ten sites with the aim of providing a safe and secure environment for the businesses to operate and tackle antisocial behaviour like speeding, as well as crimes, such as metal theft. The Axis solution is three cameras in one; a superb high quality, high definition image during the day; Lightfinder technology, if we need it, 24/7; and also at night time, a very crisp mono-image for the identification of the vehicle, its number plate and the driver.” Fixed Network Cameras deployed in Clacksfirst BID The AXIS P1354 Fixed Network Cameras deployed in Clacksfirst BID are fixed day and night cameras with superb image quality, delivering excellent H.264 performance in a robust design. Superior video quality is provided with progressive scan in multiple individual H.264 streams, as well as motion JPEG streams. While the P1354 comes supplied with a precision iris lens, this project required a greater depth of field. To elevate this issue, cameras were configured with a specialist lens from Axis technology partner, Theia Technologies. Infrared lighting was provided by Axis partner, Raytec, for the delivery of sharp images at night. By using Raytec Vario infrared lighting units, it was possible to capture high quality images of all vehicle number plates at night. This configuration also enabled image glare from vehicle lights to be eliminated. Edge-based video motion detection analytics were used inside the AXIS P1354s to ensure only scenes with vehicle or pedestrian movement were captured and recorded. Milestone XProtect® Professional video management software was used to record, manage and securely distribute video recordings rapidly in case of incidents. Paul Goodbrand, operations director at Boston Networks, said: “Axis Communications solution was particularly "The new Clacksfirst BID system is of a high enough quality to deliver reliable and watertight video evidence in case of security incident" valuable to what we were trying to achieve. The lighting levels in some areas of the business parks were virtually nil, so the cameras with Lightfinder technology worked very well for us. Using that and a combination of infrared illumination allowed us to deliver a solution that the client wanted - great daytime visibility along with clear night time images.” Result Shortly after the new system went live, it captured an incident where a delivery lorry backed into a wall at night, causing considerable and costly damage, before leaving the scene without reporting it to Clacksfirst BID. Images from the surveillance footage allowed police to quickly identify the registration of the vehicle, the coloured livery on the lorry and even the driver’s face. Brian Gibson, chief inspector of Police Scotland, said: “The new Clacksfirst BID system is of a high enough quality to deliver reliable and watertight video evidence in case of security incidents. It ensures that criminals think twice about committing criminality and, when a crime has occurred, the business park can simply provide easy access to the police.” Following the installation, Clacksfirst BID has seen a 50% reduction in crime across all business parks in the BID since it began managing them. In addition, the new system delivered a return on investment (ROI) in under 12-months from going live. Park business owners and their employees reported feeling more secure, while metal and machinery theft has been virtually eliminated. Kevin Deighan, project and community safety manager at Clacksfirst BID, concluded: “ROI was achieved in such a short timeframe primarily because the new surveillance system proved to be a highly effective deterrent to potential criminals. Through implementation of this IP CCTV system we have moved so much closer to delivering on our five-year business plan for businesses in the parks and industrial estates which backed us. It also helps us send a clear and positive message to businesses outside Clackmannanshire which might be persuaded to relocate into the county as a result of our improved security record here.”