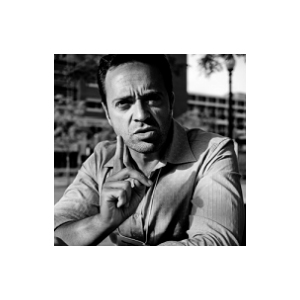 Massimiliano Versace is co-founder and CEO of Neurala Inc. and founding Director of the Boston University Neuromorphics Lab. He is a pioneer in researching and bringing to market large scale, deep learning neural models that allow robots to interact and learn real-time in complex environments. 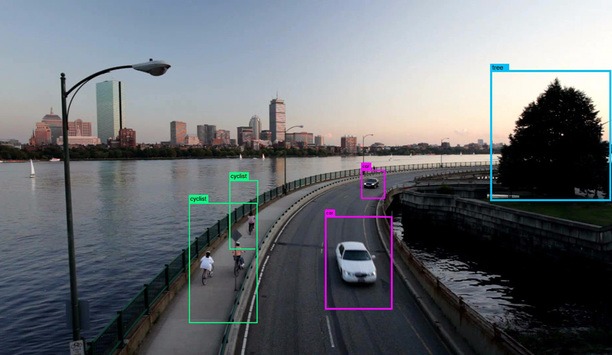 Working together to develop an intelligent body-worn camera for public safety users, Motorola Solutions and artificial intelligence (AI) company Neurala are demonstrating how AI can be added to everyday devices such as smart phones using existing hardware platforms.  AI software, working at the “edge,” provides the capability to add AI functionality to existing cameras, such as Motorola’s Si500 body-worn camera. An agreement to develop the products follows Motorola’s strategic investment in Neurala in January 2017. “The technology is real, as our prototypes have demonstrated,” says Massimiliano “Max” Versace, Neurala CEO. “The technology will mature dramatically by the end of the year.” A final, marketable product from Motorola might be a year or more away, and the timing will depend on extensive testing in the meantime, he says. The goal is to enable police officers to more efficiently search for objects or persons of interest, such as missing children or suspects. Adapting Hardware For Artificial Intelligence Neurala’s learning capabilities “at the edge” are hardware-agnostic; its software-only focus enables the principles of artificial intelligence to be applied to a variety of hardware platforms, including low-cost platforms used inside smart phones. Typically, cost and the need for speed are limitations that determine what hardware can be leveraged using the software. The goal is to enable police officers to more efficiently search for objects or persons of interest, such as missing children or suspects In the case of the Motorola body-worn camera, AI functionality is being added to existing hardware in the device, which is much like a smart phone encased in the form factor of a body-cam. Today’s smart phones include cameras, gyroscopes and accelerometers to provide sufficient data to drive AI applications. Software adapts existing hardware to transform them into AI devices capable of continuous learning in the field. Finding Missing People In Crowds Neurala and Motorola are promoting the new agreement with a use case of how a policeman’s body-worn camera could help find a missing child in a crowd. A network “pushes” a photo of a missing child to a network of 1,000 body-worn and/or dashboard cameras in the field, which employ AI to search for the child within each camera’s field of view and then provide an alert when a match is found. The cameras operate passively, without involving police officers, in effect automating the process without police officers having to look at every face in a crowd. AI’s contribution is to eliminate the need for humans to do repetitive or boring work, such as look at hours of video footage. Neurala began working in AI 11 years ago, long before the current buzz in the market. In a sense, awareness has caught up with the company, which has been developing its technologies ahead of the curve. “The same technology could be applied to closed circuit cameras to detect other objects,” says Versace. “The Neurala Brain is neural network software that can be trained to find a variety of objects, such as backpacks or vehicles, in the air or on the ground.” AI’s contribution is to eliminate the need for humans to do repetitive or boring work, such as look at hours of video footage   Adding AI To Existing Security Devices Other applications are also being developed. For example, Neurala has applied its technology to help the Lindbergh Foundation fight poaching of elephants and rhinos in southern Africa using video from drones as part of its Air Shepherd Program. Neurala’s software helps human analysts by searching through terabytes of video, including infrared, in real time as the drone is flying, pinpointing animals, vehicles and poachers during the day and at night. Versace expects the first applications of AI on existing products, including cameras and drones, before it is applied to robotics and other new applications. In effect, Neurala provides a “brain plug-in” that can add AI to change an existing solution from a passive sensor to a device that is “active in its thinking,” he adds. AI is here to stay, says Versace. “The market should know that AI has reached a point of no return. Companies that don’t use AI will be left behind. It’s the way to go to amplify your output.” Does Artificial Intelligence Threaten Humans? However, the technology isn’t perfect and shouldn’t be expected to be. “It’s still a growing technology, so you can’t expect 100 percent correct performance, especially if you deploy it in a constrained environment such as a cell phone,” says Versace. “AI can approximate 90 percent of a human’s ability to detect an object, and it’s tireless and can work 24 hours a day. It’s a liberating technology that takes on jobs that are not interesting, such as looking for a backpack on a computer screen.” AI tends to engender anxiety among some, with people like Elon Musk warning of an existential threat of the technology and a coming AI apocalypse. We should all relax, says Versace. “It’s a liberating technology,” he says. “Anyone who talks about AI as dangerous is not an AI expert. The less you know about AI, the more alarmist you are.” He suggests the physical security market should “learn more about it so they won’t be so scared.” 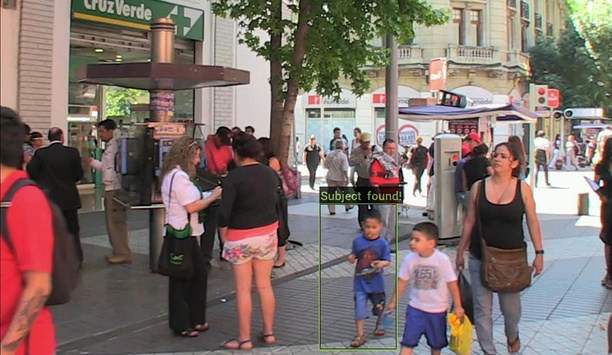 Motorola Solutions Works With Neurala On Artificial Intelligence For Cameras

Motorola Solutions announces that it will work with artificial intelligence (AI) company Neurala to develop intelligent cameras for public safety users. The goal is to enable police officers to search more efficiently for objects or persons of interest, such as missing children and suspects. Artificial Intelligence For Cameras The companies will work together to integrate Neurala’s AI capabilities with Motorola Solutions’ software and cameras, including its Si500 body-worn camera. The integration will create intelligent cameras that can learn “at the edge” and automatically search for persons or objects of interest – significantly reducing the time and effort required to find a missing child or suspicious object in environments that are often crowded or chaotic. “We see powerful potential for artificial intelligence to improve safety and efficiency for our customers, which in turn helps create safer communities,” said Paul Steinberg, Chief Technology Officer, Motorola Solutions. “But applying AI in a public safety setting presents unique challenges. Neurala’s ‘edge learning’ capabilities will help us explore solutions for a variety of public safety workflows such as finding a missing child or investigating an object of interest, such as a bicycle.” “At The Edge” Learning Capabilities Neurala’s “at the edge” learning capabilities help solve some of the biggest challenges that come with real-time applications of AI. Neurala’s patent-pending technology provides an alternative to lengthy training for the AI engine, so that, for example, the intelligent camera “learns” to identify the person or object of interest. This feature, known as incremental learning, also reduces the risk of “catastrophic forgetting,” which occurs when a neural network forgets its previous training. Incremental learning also enables enhanced accuracy and latency for real-time public safety applications of AI. "Neurala’s technology enables AI applications to learn at the edge after their deployment" “Neurala’s technology enables AI applications to learn at the edge after their deployment,” Steinberg continued. “This can unlock new applications for public safety users. In the case of a missing child, imagine if the parent showed the child’s photo to a nearby police officer on patrol. The officer’s body-worn camera sees the photo, the AI engine ‘learns’ what the child looks like and deploys an engine to the body-worn cameras of nearby officers, quickly creating a team searching for the child.” Neurala L-DNN (Lifelong Deep Neural Network) Technology “Neurala’s L-DNN (Lifelong Deep Neural Network) technology eliminates the risk of ‘catastrophic forgetting,’ the number-one problem limiting the growth of deep learning neural networks for real-time use. Neurala’s technology solves the problem instantly at the device, accelerating the development of new AI applications that can learn at the edge after their deployment,” explained Massimiliano “Max” Versace, Neurala CEO. “Working with Motorola Solutions to explore public safety applications of local, real-time AI leverages the power of artificial intelligence for the greater good.” Neurala will initially work with Motorola Solutions to build a prototype that allows for real-time learning for a person of interest search. Motorola Solutions Venture Capital, the company’s strategic investment group, was a lead investor in Neurala’s Series A funding announced in January.