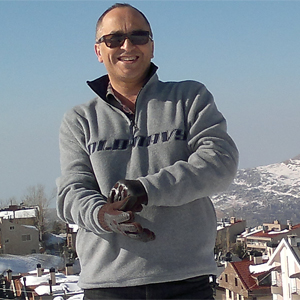 The project is using AMG 9000 Ethernet and AMG4700 hybrid analog and Ethernet series AMG, the British manufacturer of CCTV transmission solutions and sophisticated 5 Megapixel cameras, has been commissioned to establish a pilot smart city center surveillance solution in Beirut City Center, Lebanon, working with systems integrator Site Technology S.A.L. The ongoing project originally began with the installation of 13 ANPR cameras being transmitted over a hybrid Analog and Ethernet fiber optic backbone and covering a small area in the very center of Beirut. With the success of the initial pilot installation, Site Technology is highly optimistic with regards to the second phase of the project, which is currently awaiting final budget approval. Marwan Abdallah, General Manager at Site Technology S.A.L., says, “So far, the project has been a resounding success, with the AMG equipment being very efficient in terms of both cost and energy consumption. The AMG transmission equipment was very easy to install and use. We are currently optimistically awaiting budget allowances from the City Authorities, and we are hoping to expand the project to include around 300 ANPR cameras throughout the entire City Center. As the project currently stands, there are 13 ANPR cameras installed within the pilot area, all of which are IP-based. Overall, we are extremely satisfied with the project so far. So much so that we are eager to expand our sales volume in the region, and we are confident that AMG’s transmission technology will play a key role in this expansion.” AMG’s Business Development Manager for the Middle East, Leona Hayes said “The Project in Beirut City Center is using the AMG 9000 Ethernet and AMG4700 hybrid Analog and Ethernet series. This solution provides transmission over Fiber with multiple channels, and associated Ethernet with low speed data and audio signals. It has been particularly delightful to work with Site Technology in the City that was known as ‘the Paris of the Middle East’. We are hopeful that the full project will go ahead soon, so further increase security in Beirut’s inner city traffic management.”