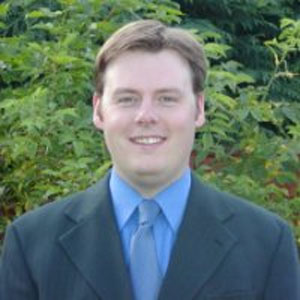 Mark Lockie is the founder of Science Media Partners Ltd, a company that offers editorial, market research, conference organizing and publishing expertise in high-tech identification markets. He is also the owner of the Security Document World (SDW) conference and exhibition, and was the conference director for the annual Biometric event in London, run by Elsevier, for 12 years. Mark has a Master’s degree in engineering and is a seasoned editor covering the biometric, smart card and other identification industries.

SDW 2016 attendance grew by 6%, with more than 1,800 people from 74 nations participating in the three-day event The 10th edition of SDW saw numbers increase to a record high, with an expanded exhibition and the strongest conference program to date. Attendance grew by 6%, with more than 1,800 people from 74 nations participating in the three-day event. The venue was packed with government officials and industry experts exchanging ideas and knowledge, as well as catching up on the latest secure document products and services available in the global marketplace. The SDW 2016 Exhibition grew almost 20% this year to include 130 exhibitors – exhibition space sold out more than six months before the show, prompting organisers to open a second exhibition floor to satisfy demand. This year’s exhibition also saw the introduction of a free seminar program which proved very popular amongst attendees. SDW 2016 Key Event Highlights Meanwhile, in the SDW 2016 Conference rooms, the industry's top innovators and thought-leaders came together to share key insights into how the secure document sector is addressing issues such as migration, the rising threat of terrorism, and ever more complex identity fraud in the wider world context. SDW also hosted an ePassport interoperability testing event (SDW InterOp 2016) featuring document manufacturers, document verification system providers and a number of test laboratories. More than 8,502 crossover tests were performed, with 98% completed successfully. However, several important interoperability issues were identified which the industry can now address. Integrated Secure Documents Prevent Terrorism & Fraud Mark Lockie, SDW 2016 Event Director, commented: “I’m delighted that SDW has become such a global hub for the secure document sector, where government and industry meet to discuss, source and forge solutions to some of the biggest issues facing our world today. From fraud and terrorism prevention to civil organization, well-designed, integrated secure documents play a vital role.” Preparations for SDW 2017 are already underway with many exhibitors already booked in for next year and plans to expand the exhibition further. Next year’s event will again be held in the heart of Westminster at the QEII Centre in London – the dates are 26-28 June, 2017. A call for speakers will go out in the Autumn of this year and the conference program will be available in Spring 2017.