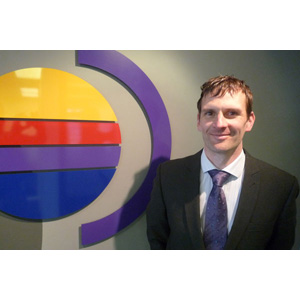 System has benefitted by reducing fuel costs, saving administrative time & accurately correlate costs Security integration specialist Scottish Communications Group (SCG) has cut thousands of pounds from its annual fuel bill following the introduction of Fleetmatics’ fleet and vehicle tracking technology. The firm, a leading supplier of integrated security systems including CCTV, access control and digital radio communications, installed the Fleetmatics system and has reaped the rewards of reduced overheads and improved customer service over the past three years. Scottish Communications Group was seeking real-time insight into the movements of its 10 field-based engineers, who serve commercial customers throughout Scotland and as far afield as the South East of England. Liam Mowat, technical director of Scottish Communications Group, said: “We primarily decided to use a tracking solution so we could identify and assign support call-outs to the nearest available engineer, due to the fact that we cover such a large geographic customer base. Response times are very important in upholding the level of service that our customers expect, and the system has enabled our service desk to respond even more quickly and efficiently.” An additional benefit of the system has been a significant reduction in fuel costs, which adds up to thousands of pounds over the course of a full year. “By utilising the nearest available engineer and ensuring they follow the optimal route to a customer site, we have reduced travel costs, which has been very significant at a time when we are growing as a company,” said Mr Mowat.                                                                                    “There’s absolutely no question that the system has more than paid for itself and I would highly recommend it” Further efficiencies have been secured by using the timesheet feature and fuel card integration module to save on administrative time and accurately correlate costs. “The system has enabled us to determine exactly how much fuel has been used on a particular job, how much time was spent and how efficiently we are operating, all of which had to be figured out manually before,” added Mr Mowat. “There’s absolutely no question that the system has more than paid for itself and I would highly recommend it.” From a health and safety perspective, Scottish Communications Group is also using the Fleetmatics system to confirm that legal speed limits are always adhered to. The company also has the ability to provide evidence in any case where a complaint is made about driver performance, although this is not an issue that the company has encountered to date. Scottish Communications Group, founded in 1979, has built such a reputation for outstanding customer service that it was awarded the coveted Royal Warrant for the supply of communications equipment to Her Majesty the Queen. In addition the company has achieved the highest industry standard, NACOSS Gold, as well as holding many other industry accreditations.