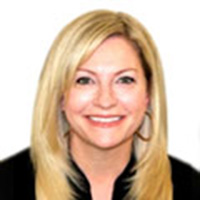 Young played a key role in the April 2014 launch of A10's Affinity Partner Program A10 Networks, a technology leader in application networking, announced recently that Kirsten Lee Young has been named to the prestigious list of the 2015 CRN Channel Chiefs. The influential executives on this annual list represent the most powerful leaders in the IT channel who hold direct responsibility for driving growth and revenue for their organizations through their indirect channel partners. Individuals are selected for inclusion based on their track record of channel accomplishments, standing in the industry, dedication to the partner community, and plans for driving future business innovation and channel growth. The 2015 CRN Channel Chiefs have demonstrated their enduring support for the channel by consistently defending, promoting and executing effective channel partner programs and strategies. As vice president of worldwide channels, Young played a key role in the April 2014 launch of A10's Affinity Partner Program. In addition to working closely with strategic partners to build an effective channel program, A10 also made a significant investment of its resources in partner enablement. A10 now has partners from more than 55 countries accessing sales and presales training providing them with the tools to help them sell more and make money. "Each year, our editors carefully vet an extensive group of highly accomplished channel executives to highlight those exemplary individuals who earn the mantle of CRN Channel Chief. These executives strive to advance the success and standing of the channel community within their organizations. The 2015 CRN Channel Chiefs lead by example and serve as valuable advocates to help ensure the health and longevity of the IT channel. We applaud their accomplishments and look forward to their continued success," said Robert Faletra, CEO, The Channel Company. "I am honored by this recognition as a CRN Channel Chief," said Young. "It is confirmation that our strategy to provide industry-leading application networking solutions, delivering a best-in-class enablement program and investing in our Affinity Partner Program are the right approach. A10 Networks is fully committed to growing our business through the channel and will continue to invest to help our partners be successful." "I am extremely proud of the work Kirsten and the A10 Affinity channel team have done this past year," said Ray Smets, vice president of worldwide sales at A10 Networks. "They are instrumental in developing our strategy to create and deliver programs and tools that help partners grow. Look for A10 Networks to bring innovative, game-changing technology to the channel and develop deeper relationships with our partners to ignite the next wave of growth."