Johannes Rietschel is currently working in the capacity of Chief Technology Officer (CTO) at IP-based communication and control technology solutions provider firm, Barix AG. He is also the CTO at Sprocket Inc. This apart, Rietschel also holds the position of Chief Executive Officer at Qibixx AG and Qibitronics AG. He is an alumnus of the prestigious Goethe University. 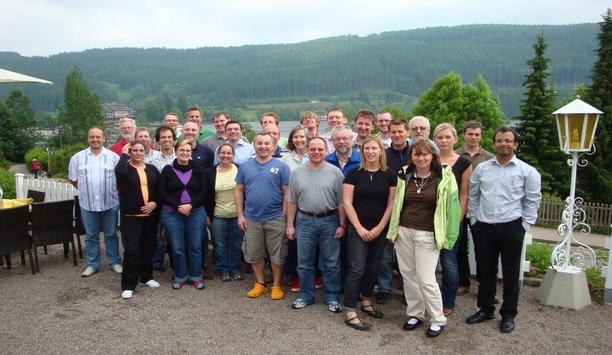 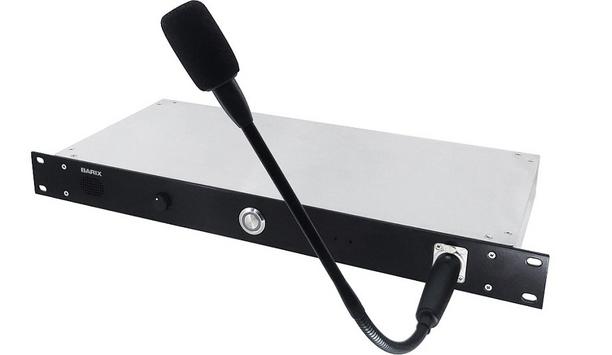 IP audio and control innovator Barix is bringing its IP paging and intercom expertise to large broadcast and emergency response networks with RackBox, a universal cloud-based, any-to-all platform for widespread delivery of critical messages. Initially custom-developed for a large national US TV broadcaster, Barix has now productized RackBox to serve a broader set of paging and intercom needs inside and outside the broadcast industry. In addition to TV and radio networks, RackBox is ideal for professional alarm and notification applications over military, emergency response and business networks that serve many locations. RackBox’s single-button user interface enables immediate delivery of important messages to all stations over local and wide-area networks — “push to talk” in its purest form. Transmitter and receiver RackBox systems are infinitely scalable, with each device programmable as a transmitter, receiver, or both. Using independent, ultra-reliable Barix AudioSpread devices, the system replicates the live stream globally to receivers anywhere without depending on multicast or complicated configurations. An optional management portal supports real-time monitoring and central configuration. RackBox’s robust hardware ensures constant availability, assisted by redundant power connections, and the system layout can be set up using dual-network paths while seamlessly integrating with an organization’s central IT infrastructure. Its limited bandwidth requirements, low latency, and standards compliance make the RackBox system ideal for use on existing IT infrastructure. Remote monitoring and cloud “RackBox represents our latest advances in cloud-based replication and remote monitoring technology to serve a broad variety of universal communication requirements,” said Johannes Rietschel, CTO and Founder, Barix. “As one of the first vendors to innovate paging and intercom solutions for use on IP networks nearly 20 years ago, Barix brings reliable emergency communications over the network to a global scale with RackBox, along with the cost-savings that come from transitioning to IP from satellite for widespread communications.” The transition from satellite-based communications has been especially appealing to broadcasters who have been using similar satellite-based systems for decades. RackBox allows broadcasters to quickly communicate critical information, breaking news, and operational info across its complete network of stations, using available, low-cost IP networks. Critical Communication RackBox provides the same value and benefits for emergency messaging over fire and police networks, and also allows communicating critical messages across enterprise networks. Rietschel cites banking networks that want to quickly communicate important financial and stock market updates as one application of interest within the enterprise business community. The 19-inch 1U RackBox integrates Barix’s IPAM400 IP Audio module at its core, with support for multiple audio formats, interfaces, and IP-based streaming and control. The Linux-based programmable module adopts the latest standards, allowing users to comfortably operate RackBox on standard IP networks as well as the public Internet. 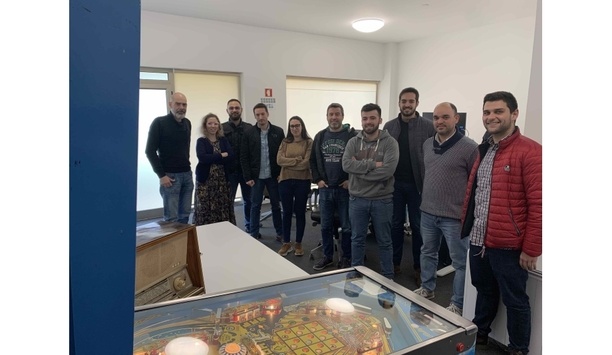 IP audio and control innovator Barix announces the opening of a new research and development center for next-generation, intelligent audio technologies. Based in Aveiro, Portugal, the Barix Innovation Center focuses on “what’s next” for the company, including audio analytics, anomaly detection, predictive maintenance, and environmental sound monitoring. Barix Founder and CTO Johannes Rietschel identified Aveiro as the ideal location given its proximity to the University of Aveiro, one of Europe’s famous technical institutions. Barix has been aggressively hiring local engineering talent, including recent university graduates, to fill key engineering and research roles. The close proximity to one of Barix' long-term, strategic production partners, HFA SA, will further accelerate Barix’s ability to quickly build custom solutions at this new facility. Energy-efficient solutions Our new Innovation Centre places Barix in the centre of European digital development, a perfect home for Barix" Barix’s business headquarters will remain in Zurich, and will retain its local engineering talent alongside all sales, marketing, product management and other staff. “Aveiro is known as Portugal’s ‘digital city’ and produces a high rate of digital technology innovations, many of which originate from university students and graduates,” said Rietschel. “Our new Innovation Center places Barix in the centrer of European digital development, a perfect home for Barix, which has brought Audio over IP innovations to broadcast, commercial AV, security, retail and other markets for 20 years.” “This new location does not replace our Zurich operation; rather, it will propel Barix innovation in new directions. And we will use our latest-generation, modular platforms to build very powerful, reliable, compact and energy-efficient solutions that serve a continually evolving set of end user requirements.” Widespread adoption of AI At the recent ISE 2020 Show for AV professionals, Barix offered a preview into its next-generation intelligent Audio over IP solutions. These include environmental audio monitoring, detection and analytics solutions for everything from general concerns (noise measurement) to highly sensitive operations (global, universal emergency intercoms, government facility monitoring). We expect widespread adoption of AI and adaptive learning innovations" “The new age of intelligent, widespread devices that understand and hear their surrounding is only beginning,” said Reto Brader, CEO, Barix. “We expect widespread adoption of AI and adaptive learning innovations in all of our markets, and we are proud to have secured highly qualified talent in Portugal for our next-generation research and development team.” Custom-developed OEM products Among the first manufacturers to bring Audio over IP products to market, Barix enjoys an exceptionally large base of installed products worldwide, including custom-developed OEM products for other companies. In recent years, Barix has accelerated product development for its core markets, including multi-site audio distribution (RetailPlayer, SoundScape), intercom and paging (Paging Cloud, IP Former), and broadcast audio transport (SIP Opus hardware codecs, Reflector uncompressed streaming service). Barix will demonstrate these now-shipping products, along with next-generation prototypes from the new Barix Innovation Center, at the 2020 NAB Show for broadcasters (April 19-22, Las Vegas Convention Center, Booth C1139) InfoComm 2020 for AV professionals (June 17-19, Las Vegas Convention Center, Booth C6150), and ISC West for security professionals (July 2020, Sands Convention Center, Las Vegas, Booth 19140; rescheduled from March 17-19). 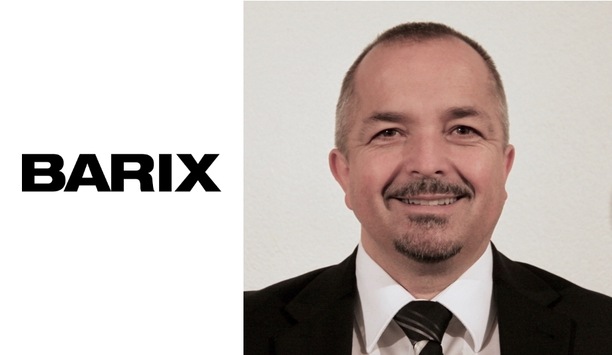 Audio over IP pioneer Barix announced that the company has promoted Reto Brader to CEO, following a highly successful tenure as Vice President of Sales and Marketing. The change in company leadership correlates with the availability of new products that Barix introduced in 2018, including its award-winning RetailPlayer platform for background music distribution. Barix Appoints Reto As New CEO The remaining Barix management team, which has worked together effectively for the past several years, will continue in their established roles with full support from Brader. This includes company founder Johannes Rietschel as CTO, Joan Parrilla as VP Engineering, and Mario Almeida as VP Production. Rietschel founded Barix in 2001 upon anticipating the need to move audio and control signals over IP networks. The company has since shipped more than 450,000 Barix and private-labeled OEM hardware devices worldwide and has more recently evolved into SaaS and managed services for business music and advertising distribution for retail, hospitality and other location-based businesses. Enhancing IoT Solutions Portfolio Barix has invested heavily in the development of its next generation products that follow the latest IoT architecture Barix has invested heavily in the development of its next generation products that follow the latest IoT architecture, and that support the highest internet security standards.  With Rietschel behind product development and Brader driving marketing strategy, 2018 also saw the introduction of the IPAM 400, a quad-core Linux-based IP audio module for OEMs and developers; Instreamer ICE, Barix’s first AAC+ encoder with an integrated Icecast server; and AudioPoint 3.0, Barix’s low-latency audio-to-mobile streaming platform. Effective immediately, the Barix board has appointed Brader as CEO to seize the market opportunities afforded through these innovations. Before joining Barix as VP Sales and Marketing, Brader held key business and technical roles at Hewlett Packard and Alcatel. He has a degree in Electronical Engineering and an MBA. Audio And Control Over IP Applications “Reto knows the market and has demonstrated his strength in building and managing the distribution channel and key customer relationships,” said Rietschel. “His many years at the frontline in the worldwide AV and broadcast markets are key assets to Barix.” In recent years, Barix has built up an agile organization that can support both small businesses and enterprise-level customers for a wide area of audio and control over IP applications. Recent company milestones include ISO 9001 certification for quality management systems, and the introduction of double-sourcing with a new manufacturing partner in Europe. The latter adds redundancy to the company’s global supply chain. “It is now important that the entire company is focused on leveraging first market success of our new products to build on recent successes, and continue to drive global business growth,” says Brader. IP Audio And Control Solutions Barix headquarters in Zurich remains the hub for further product development, marketing and support for its product line Barix headquarters in Zurich remains the hub for further product development, marketing and support for its product line. “A key area of our business is to help customers integrate our modules and solutions into their system,” says Rietschel. “This is very support-intensive, and we are proud to be recognized for excellence in that area,” says Rietschel. While Barix will continue to focus on its core markets, Rietschel and Brader’s leadership positions will play a central role in moving Barix forward into new areas of opportunity for IP audio and control solutions. Departing CEO Ivo Killer will leave Barix following a three-year tenure that laid the business foundation for Barix’s recent success. “We thank Ivo for his years of excellent service and wish him well in his future endeavors,” said Rietschel. “I’m excited about what we have achieved in the last three years, and I look forward to working closely with the new executive team in order to bring all our new and exciting innovations to market, as well as to better serve our global systems integration, end user and OEM customer base.”