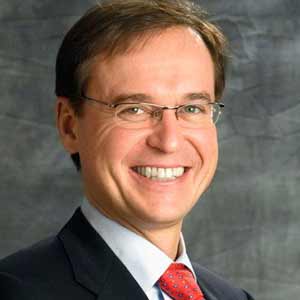 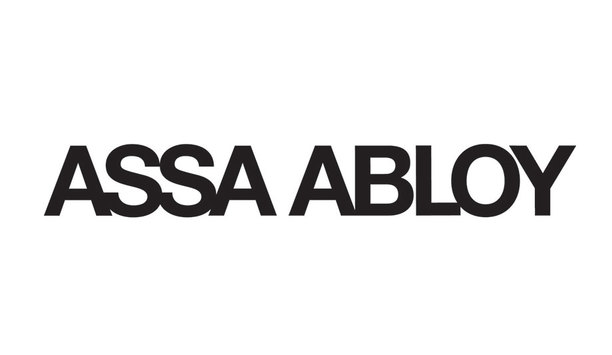 ASSA ABLOY has signed an agreement to acquire August Home, a leading smart lock business in the US. Residential Smart Door Market "I am very pleased to welcome August into the ASSA ABLOY Group. August constitutes a strategic addition to the Group and reinforces our position in the residential smart door market," says Johan Molin, President and CEO of ASSA ABLOY. "August Home strengthens our residential smart door strategy with complementary smart locks, expansion into video doorbells and comprehensive solutions for home delivery," says Thanasis Molokotos, Executive Vice President of ASSA ABLOY and Head of the Americas Division. August Home Sales August was founded in 2013. It is headquartered in San Francisco, California and has approximately 90 employees. Sales for 2018 are expected to reach around USD 60 million (approx. SEK 500 million). The acquisition will be dilutive to EPS. The acquisition is conditional upon regulatory approval and is expected to close during the fourth quarter of 2017. 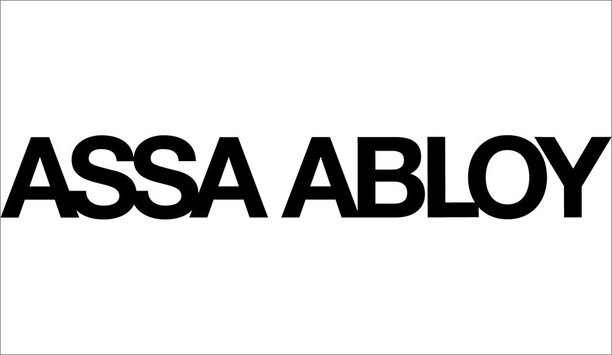 ASSA ABLOYs R&D investments have increased by 230 percent since 2005, they have over 1800 development engineers ASSA ABLOY, the provider of door opening solutions, has for the third time been ranked in Forbes’ list of the world’s most innovative companies 2016. “I’m very pleased that we have achieved such success with our R&D,” says Johan Molin, President and CEO of ASSA ABLOY. "Over the past ten years ASSA ABLOY has invested heavily in innovation, with the goal of doubling the innovation rate and the target that products launched within the past three years should account for at least 25 percent of sales. Today this target has been achieved, with a share of 31 percent of our sales from new products”. ASSA ABLOYs R&D investments have increased by 230 percent since 2005, and currently the Group has more than 1800 development engineers. ASSA ABLOYs ambition is to be the industry’s most innovative company.

The Quantum Secure acquisition gives ASSA ABLOY customers a robust, policy-driven software application ASSA ABLOY has acquired Quantum Secure, Inc, the leading provider of solutions to help enterprises manage identities and meet compliance requirements in highly-regulated industries. “I am very happy to welcome Quantum Secure to the ASSA ABLOY Group. This acquisition reinforces our strategy of being the world leader in secure identity solutions. Quantum Secure takes us one step further in being able to provide our customers with an end to end identity management system. The company has experienced very strong growth since its founding and we look forward to continued growth in the future,” says Johan Molin, President and CEO of ASSA ABLOY. SAFE software suite “Our acquisition of Quantum Secure gives customers a robust, policy-driven software application that will help them achieve their identity management goals,” says Denis Hébert, Executive Vice President ASSA ABLOY and Head of business unit HID Global. “The SAFE software suite allows organizations to manage identities across multiple sites for employees, visitors, vendors, and contractors.” Quantum Secure was founded in 2004 and the head office is located in San Jose, California. The company has some 175 employees and contractors. Bookings are expected to reach USD 45 M (approx. SEK 400M) in 2015. The acquisition is expected to be neutral to earnings from start.

The transaction is expected to close during Q4 2014 ASSA ABLOY has signed an agreement to acquire ODIS Limitada, a leading supplier of locks, padlocks and steel doors to the Chilean market. "I am very pleased to welcome ODIS into the ASSA ABLOY Group. ODIS constitutes another important step in our strategy to grow market presence in Chile and other emerging markets,” says Johan Molin, President and CEO of ASSA ABLOY. "ODIS is a very exciting addition to the Americas division. This acquisition will enhance our ability to serve our customers in the Chilean market and allows us to offer a total door opening solution in the market," says Thanasis Molokotos, Executive Vice President of ASSA ABLOY and Head of the Americas Division. ODIS, established in 1930, is headquartered in Santiago, Chile and has 240 employees. Sales for 2015 are expected to reach CLP 9.9 bn (approx SEK 120 M). The acquisition will be accretive to EPS from start. The transaction is expected to close during Q4 2014.

SPG Keyless  is a keyless entry system which allows members to use their smartphone as a key ASSA ABLOY Mobile Access for Hospitality went live recently when Starwood Hotels & Resorts Worldwide, Inc. introduced SPG® Keyless, a keyless entry system allowing Starwood Preferred Guest® members to use their smartphone as a key. Rolling out to Aloft, Element and W Hotels across the globe, SPG Keyless makes its official debut in 10 hotels in markets including Beijing, Hong Kong, New York, Los Angeles and Doha. Starwood will rapidly rollout SPG Keyless to be available on 30,000 doors in 150 hotels by early 2015. Starwood has installed mobile access enabled locks from ASSA ABLOY Hospitality and in partnership with ASSA ABLOY designed functionality for seamless customer interaction. SPG members with Bluetooth Smart-enabled smartphones will receive the guest room Seos Mobile ID with their room number via the SPG App before arriving at the hotel – allowing them to proceed straight to their room and gain access by presenting the smartphone to the reader on the hotel room door. Guests will appreciate not having to wait to check-in at reception, where possible. Starwood associates will appreciate having more time to engage with their guests in meaningful ways to and deliver a more personalized level of service. “ASSA ABLOY Mobile Access is powered by our award-winning Seos® technology that turns smart devices into trusted credentials for opening doors. Supporting Bluetooth Smart and NFC, ASSA ABLOY Mobile Access is used with the company’s mobile-enabled locks and readers, and includes Mobile IDs, Mobile Access Apps and services for managing Mobile IDs on mobile devices. The solution makes it possible to use the broadest range of iOS®- and Android™-based smartphones and other smart devices to access buildings, and open doors and gates conveniently” says Johan Molin, President and CEO ASSA ABLOY.     How it works SPG Members must register their phone once through the SPG App and allow push notifications. After booking a reservation at an SPG Keyless hotel and approximately 24 hours before arrival, SPG members are invited to opt-in to SPG Keyless. Guests will receive a push notification noting that they are checked in and the SPG App will update with his/her room number and the Seos Mobile ID when the room is ready. Upon arrival at the hotel, the guest can completely bypass the front desk (where available) and go directly to his/her room. Then, after ensuring his/her Bluetooth is enabled, the guest simply opens the SPG App, holds the smartphone to the door lock, waits for the solid green light and enters the room.

ASSA ABLOY's Net income for the quarter amounted to SEK 1,534 M (1,374) Strong Increase in Sales and Earnings Sales for the quarter increased by 14%, with 2% organic growth, and totaled SEK 13,964 M (12,239). Strong growth in Asia Pacific and good growth in EMEA, Entrance Systems and Americas. Negative growth in Global Technologies because of lower project orders. Operating income (EBIT) for the quarter rose by 13% and totaled SEK 2,219 M (1,970). The operating margin was 15.9% (16.1). Net income for the quarter amounted to SEK 1,534 M (1,374). Earnings per share for the quarter rose by 12% to SEK 4.14 (3.71). Cash flow for the quarter increased by 24% and amounted to SEK 1,963 M (1,589). Comments by the PRESIDENT and CEO “The second quarter and the first six months of the year continued to show a very good performance for ASSA ABLOY, with a total increase in sales of 14% and a very satisfying improvement of a full 12% in operating income,” says Johan Molin, President and CEO. “At 2%, organic growth during the second quarter was a little lower than in the beginning of the year. However, the quarter had one fewer working day than the previous year as well as weaker project sales for Global Technologies. The EMEA, Americas and Entrance Systems divisions grew by a satisfactory 3%, while the emerging markets, for example in Asia, Africa and South America, continued to grow strongly. "Home automation is another exciting development area where many leading companies have chosen ASSA ABLOY’s advanced digital door locks" “Acquisition activity continued to run at a high level, with six new acquisitions which add a further SEK 700 M to annual sales. It was especially pleasing that we were successful in acquiring the Indian company ENOX. This is our first major step in meeting the Group’s ambition to build a market-leading position on the fast-growing Indian market. “Operating income continued to improve, by a full 13% during the quarter. As well as valuable savings and efficiency gains from the restructuring programs, the acquired companies also contributed strongly to the improvement in income. Ameristar in particular has produced very good results, but Amarr and 4Front also contributed significantly.” “Continued strong growth came from our many new products. Sales of electromechanical lock solutions increased by over 10% in both Americas and EMEA. Home automation is another exciting development area where many leading companies have chosen ASSA ABLOY’s advanced digital door locks.” “My judgment of the global economic trend is unchanged. The world economy is about to improve slowly. Our strategy therefore remains unchanged, to reduce our dependence on mature markets and to expand strongly in the emerging markets, which are expected to go on growing well. Another continuing priority is investments in new products, especially in the growth area of electromechanics.” Financial Information The Interim Report for the third quarter will be published on 23 October 2014. A Capital Market Day will be held on 18 November 2014 in New Haven, USA at the Head Office of Americas division.

ASSA ABLOY acquired the locks and hardware business under the ENOX brand from Pooja Hardware in India ASSA ABLOY has signed an agreement to acquire the locks and hardware business under the ENOX brand from Pooja Hardware, one of the market leaders in India. "I am very pleased that ENOX is joining the ASSA ABLOY Group. ENOX is the Group’s first major entry into the large and fast growing Indian market and will constitute an important building block in our strategy to grow market presence in emerging markets”, says Johan Molin, President and CEO of ASSA ABLOY. "ENOX is a great addition to the Asia Pacific division. The acquisition adds complimentary business channels and products to our existing Indian business. ENOX will also give us access to a new customer base within the fast growing glass hardware segment,” says Magnus Kagevik, Executive Vice President of ASSA ABLOY and Head of Division Asia Pacific. The acquired business was established in 2007 and has some 220 employees. The head office is located in Mumbai. Sales for 2014 are expected to reach INR 1,200 M (approx SEK 130 M) with a good EBIT margin. The acquisition will be accretive to EPS from start. The transaction is subject to regulatory approval and is expected to close during Q3 2014.