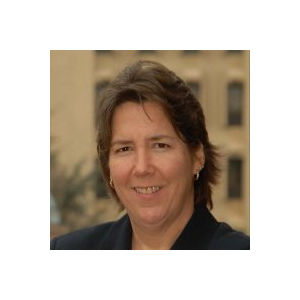 STANLEY and NACCOP will also co-sponsor a series of whitepapers on topics relevant to the Clery Act STANLEY Security, a leading global security company specializing in advanced integrated security solutions for higher education campuses nationwide, announces the significant growth of its partnership with D. Stafford & Associates and the National Association of Clery Compliance Officers and Professionals (NACCOP). As a strong supporter of compliance education in colleges and universities nationwide, STANLEY has signed a three-year sponsorship agreement with D. Stafford & Associates and NACCOP to further establish STANLEY as a leading developer of content, resources, educational opportunities’ for colleges and universities. For years, STANLEY has been a forerunner in the market of enhancing safety and security in higher education facilities, colleges and universities throughout the country. As a premier provider of highly intuitive, integrated security solutions to stimulate safe learning environments, STANLEY is continuing its efforts to help educate school administrators and compliance committees on the complexities of the Jeanne Clery Act and other momentous compliance standards. Along with D. Stafford & Associates and NACCOP, STANLEY’s three-year agreement emphasises a commitment to the national effort to secure campus environments through an extensive network of knowledge and information sharing. Through the new agreement, STANLEY is renewing their sponsorship of the D. Stafford & Associates national Clery Act Compliance Training Academy, which includes six compliance training courses throughout the year in various locations around the country. STANLEY and NACCOP will also co-sponsor a series of whitepapers on topics relevant to the Clery Act, continuing an initiative begun in 2014 to make quality compliance education available to a more widespread security audience. NACCOP and STANLEY released two co-sponsored whitepapers last year – “Classification of Burglary under the Clery Act” and the “Violence Against Women Act” – and have released their first for 2015 – “Timely Warning Notices in Non-Stranger Rapes.” D. Stafford & Associates will also provide compliance training to STANLEY’s higher education experts in an effort to better support STANLEY’s 2,500 college and university partners nationwide. Also in alignment with the new agreement, STANLEY will sponsor a ten-part webinar series on the intricacies of the Clery Act for registered participants, the first of which was held on Feb. 12. STANLEY has also been named as a leading sponsor of NACCOP’s annual conference in Baltimore, MD, July 15-17, 2015 and will partner with NACCOP to develop the association’s first-annual member journal. STANLEY is renewing their sponsorship of the D. Stafford & Associates national Clery Act Compliance Training Academy The training program classes, webinar series and whitepapers are led by Dolores Stafford, President and CEO of D. Stafford & Associates and a nationally recognized expert on the Clery Act. A premier consultant on campus security in both the law enforcement and security industries for the last 18 years, Stafford served as a university campus police chief for 26 years and developed the Advanced Clery Act Training Program and others to assist institutions in coming into and maintaining compliance with federal policies aimed to better protect and alert campus populations to an imminent threat or catastrophic event. “As a leading systems integrator, it is STANLEY’s duty to understand the complexities of compliance so that we can properly develop and drive technology and services that will best support university law enforcement professionals,” said Kyle Gordon, Director, Higher Education – North America for STANLEY Security. “As passionate supporters of the development of safety and security policies and solutions for higher education campuses, STANLEY understands the immense value of education on the intricacies of compliance-driven initiatives like the Clery Act and are proud to continue our involvement with Dolores Stafford’s ground-breaking education efforts. As a global security solutions provider, we understand our need to be integral to expanding the conversation on following and developing new security compliance standards in higher education institutions throughout the country. We view this as an opportunity to more thoroughly educate the entire higher education market to be able to provide solutions that are more responsive to their needs, and the needs of their students, faculties and communities.” “We are thrilled to grow and expand our partnership with STANLEY Security to include even more opportunities to collaborate on initiatives surrounding safety at higher education institutions throughout the country,” said Stafford. “Extending our partnership over the next three years ensures that we are able to continue our efforts to secure our nation’s universities, so that the focus can remain on the pillars of knowledge these great institutions represent.”