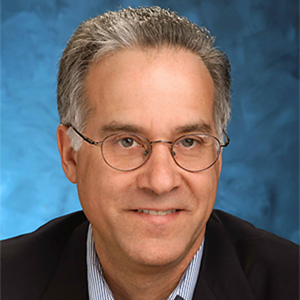 David Laurello is the Chief Executive Officer of Stratus Technologies. He rejoined Stratus in January 2000 from Lucent Technologies, where he held the position of Vice President and General Manager of the CNS (Converged Network Solutions) business unit. At Lucent, he was responsible for engineering, product and business management and marketing. Prior to this role, he was Vice President of Engineering of the Carrier Signaling and Management Business Unit at Ascend Communications. From 1995 to 1998, he was Vice President of Hardware Engineering and Product Planning at Stratus. Before Stratus, he held a number of senior engineering management positions at Digital Equipment Corporation. He earned a bachelor’s degree in electrical engineering and an MBA from the University of Massachusetts. Dave is a member of the Stratus Board of Directors. In addition, he serves as a director on the boards of the Massachusetts High Technology Council and the Massachusetts United Way of Tri-County. He is also a member of the advisory board of the Manning School of Business, University of Lowell. 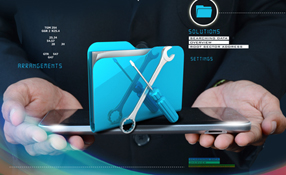 Stratus Technologies is a provider of “always-on” technology, which helps to ensurethe running of mission-critical access control and video surveillance applications Building security – especially high-security installations – requires technology that is reliable and minimizes downtime. In some physical security installations, access control and video surveillance solutions are required to function uninterruptedly to ensure business continuity and maintain data integrity. While it may not be a household name in the security industry, Stratus Technologies, a provider of “always-on” technology, helps to ensure the running of mission-critical applications.  Chief Executive Officer of Stratus Technologies, David C. Laurello, sees the company’s mission as “helping customers achieve the highest level of uptime for mission-critical applications” where a few seconds of downtime per year count. “The average downtime for our customers is less than 5 minutes a year, with the majority of customers experiencing no downtime at all. Our solution is a fully redundant server that runs in lockstep – we’re about failure prevention rather than failure recovery.” Stratus Security Applications For Financial Services And Other Markets The markets that Stratus operates in are financial services – including ATMs and point of sale – building security, manufacturing process control and telecommunications. In security applications, the company partners with companies such as Tyco Security Products on installations that require their applications, such as video monitoring systems and access control, to be “always on.” Stratus works with both manufacturing partners and system integrators and has a variety of offerings – both hardware and software – including the everRun enterprise solution that runs on standard servers.  An application is installed on a pair of standard Intel servers that everRun keeps in sync to ensure no data loss or interruption takes place. It proactively monitors the servers and keeps the application online, even when there is a hardware failure, explains Laurello.  Many security systems need to be up and running 24 hours a day, 365 days a year, including access control solutions where you need to monitor data and add orremove users of the system “Always On” Video Surveillance And Access Control Systems Many security systems need to be up and running 24 hours a day, 365 days a year. With access control solutions, for example, you need to have the system “always on” to monitor data and also to add or remove users of the system. “Of all of the open system fault-tolerant platforms in the marketplace, Stratus is present in around 40 percent,” says Laurello, “and that is across a variety of industries around the world.” For example, in financial services it is imperative that no data is lost, especially while a transaction is being processed (data “in flight”). Similarly, always-on can be vital in manufacturing applications, where even a moment of downtime can result in the costly loss of a whole batch of a drug, for example. And in the UK, Stratus works alongside threat detection equipment supplier Rapiscan as part of the baggage screening process at airports.  Laurello sets out the key benefits as: Protecting physical security and building automation applications with an always-on operating environment. Detecting potential problems and taking action before downtime becomes an issue. The ability to scale easily to accommodate changing business requirements. Meeting the requirements for data integrity and reliability in regulated industries. Providing support 24 hours a day, 365 days a year. Stratus has a variety of offerings for security applications – both hardware and software – including the everRun enterprise solution that runs on standard servers Uninterrupted Security At Gerald R. Ford International Airport An example of a Stratus security installation is at Gerald R. Ford International Airport in Grand Rapids, Michigan. Over two million passengers pass through the airport each year, making it the second busiest airport in Michigan. More than 2,000 people work at the airport, the majority being employed by airport tenants. When the airport needed an access control system, they selected a Johnson Controls P2000-based solution, using a Microsoft Windows server 2003 operating system. The system operator has real-time access to an interactive facility map using dynamic icons, to monitor and control access points.  Because of the critical nature of this application, the airport had to ensure that the system would be guaranteed to run with very high availability. Stratus everRun FT software synchronizes two standard Windows servers to deliver a virtual application environment that runs a single license of P2000 on both servers simultaneously. If a device or a server fails, the system continues to operate uninterrupted. With such applications, says Laurello, “we are the heartbeat of business-critical computing”.