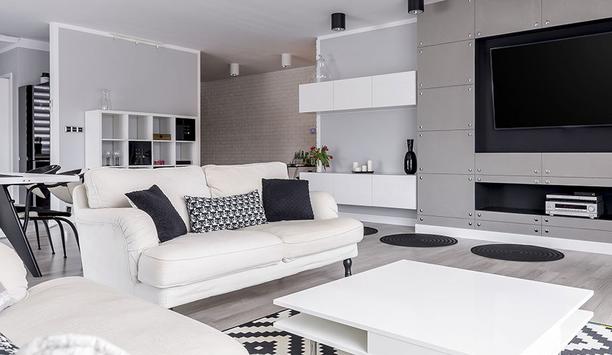 Zigbee is a familiar name in the smart home arena, and the Zigbee Alliance is expanding its technology approach to address the challenges of the Internet of Things. As the Internet of Things (IoT) has evolved, the need has become obvious for stronger unity among brands and ecosystems to enable products within smart environments to work together more easily. Working to serve that need is the Zigbee Alliance, which seeks to promote collaboration in the Internet of Things by creating, evolving, and promoting universal open standards that enable all objects to connect and interact. Shifting the Smart home market Their IoT effort took off when Amazon, Apple, Google and the Zigbee Alliance announced an industry working group in December 2019 to take the ‘best of market’ technologies from smart home standards, portfolios and ecosystems and to develop a ‘super spec’ that will be open, inclusive and a significant industry shift in the smart home market. Zigbee Alliance has been for a while now working on openness and interoperability" “Zigbee Alliance has been for a while now working on openness and interoperability, which has led us to the Project Connected Home over IP (CHIP), which is looking to unify the environment, under one technology, one certification program and one logo,” says Chris LaPré, Zigbee Alliance’s IoT Solutions Architect. “It really does fuel IoT possibilities, whether in security or any other sectors.” Project CHIP is a royalty-free connectivity standard that unifies brands and ecosystems into a single smart home automation system that operates any other technology based on Internet Protocol (IP). Simplifying product development The intent is to simplify product development for device manufacturers, broaden consumer choice, and to ensure easy discoverability, deployment and engagement to fuel connected living. “We have noticed that, as the IoT has evolved, there is a stronger need for unity, which is why we are developing Project Connected Home over IP,” says Jon Harros, Zigbee Alliance’s Director of Certification and Testing Programs. “It fits with the Zigbee Alliance’s goal to unify systems, and to focus on everyone using the same application at the top. It unifies that environment, whether you are integrating your system with Amazon Echo devices or connecting to Google Home.” Participating in development of Project CHIP are 125 companies of various types from around the world working together with more than 1,100 of their experts serving across sub-committees to formulate specifications and fine-tune the project. Home system technologies The original Zigbee protocol is used for many applications around the world, including smart homes Although the technology is being developed for the home market, the specifications have been formulated with an eye toward expanding into the commercial market in the future. Development of open, interoperable systems provides greater freedom for consumers to choose among the many technology choices on the market, without being tied to a single brand or ecosystem. Zigbee Alliance certifications and memberships span the globe, with roughly a third in Europe, a third in North America and a third in Asia. Involvement in Europe is slightly higher than the other regions. Alliance members represent manufacturing sites all over the world. Project CHIP is a newer initiative of the Zigbee Alliance, which previously developed Zigbee Pro to enable home system technologies to operate using IEEE 802.15.4 wireless signals on the 2.4GHz radio band over a self-healing true mesh network. The original Zigbee protocol is used for many applications around the world, including smart homes. Certification transfer program Among the strengths of the Zigbee Alliance are years of experience certifying products, which includes testing them and confirming that they comply with the promoted specifications and functionality. The specifications are open standards that are developed in cooperation with all the companies that are Zigbee Alliance members. Another route is the certification transfer program, in which a company chooses a certified white-label product, becomes a member of the Alliance, and then rebrands the product while retaining the certification. “It helps them get products on the market quickly while they build their own knowledge base,” says Harros. “All our work is focused on standardizing the behavior and functionality of products and making sure everyone is following the same standard to get interoperability,” says Harros. “Members all contribute to the standards.”