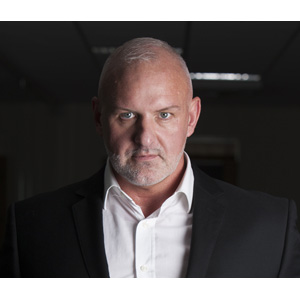 Tony is the original founder of the company that has grown in to Radius Security, and is its second-in-command.

Radius has provided consultation to the club restoring spectator capacity & improving spectators' experience Radius Security's partnership with Wakefield Trinity Wildcats has been renewed for a second year after significant improvements with its support, the company has announced. Based in the North West, Radius has provided a range of consultation and other services that have supported the Wildcats over the last 12 months, helping the club begin to restore spectator capacity and improve spectators' experience. Capacity at the Belle Vue Super League ground had been restricted to around 4,500, but this has now increased to 7,500. The cap had been put in place for a variety of reasons including the ‘S Factor' - meaning Safety Factor, which includes security provision. Radius had initially been brought in to top-up security with response stewards, then the opportunity arose to provide complete spectator security. Following this, Radius additionally provided response staff and stewards for the turnstiles, gates and key points, plus a head steward to lead them. Tony Hill, Operations Manager at Radius Security, explained: "One of our first actions was to improve the Belle Vue's safety policies, bringing them up to date, making them fully compliant and suitable for a bigger spectator capacity. We also made sure that ground safety regulations are easy for visitors to see." The company also put forward a suitable candidate from their own staff for the key role of Deputy Ground Safety Officer, an official RFL appointment that is very important to spectator security and therefore also capacity. An experienced member of staff qualified to Level 4 NVQ Spectator Safety Management, they eventually stepped up to the role of Ground Safety Officer. Mr Hill added: "Our contributions have undoubtedly contributed to the successful increase in spectator capacity, alongside other improvements that have included investment in building work." Last November Radius Security came runner-up in the category of Security Partnering Initiative of the Year, at IFSEC's Security & Fire Excellence Awards 2014, for its achievements through its partnership and client relationship with the Wildcats.