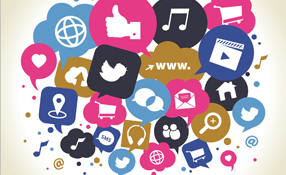 Social media channels have active and consistent users and may constitute a promising audience for security integrator’s marketing efforts  If you have any lingering doubts about the impact of social media, consider this: Worldwide, there are over 1.44 billion monthly active Facebook users, which is a 13 percent increase year over year, according to the social media giant. In addition, 936 million people log onto Facebook daily (as of March 2015), which represents a 17 percent increase year over year. The implication is that this social media platform, as well as others, has active and consistent users and may also constitute a promising audience for security integrator’s marketing efforts. H&S Protection Systems Inc. in Stevens Point, Wisconsin, co-owned by Mike Horgan and Steve Garritson, recently began its foray into social media, using Facebook and Twitter, as well as a blog on its website. According to Search Engine Journal, companies that blog have 434 percent more indexed pages on search engines than those that don't. Horgan, whose company started in 1959 as Horgan Sales and serviced fire extinguishers, wanted to use social media to stay in touch with customers and provide venues for interactive communication. Dave Horgan, grandfather of H&S Protection System’s Mike Horgan, founded the original business. Sentra Protective Systems Inc. merged with H&S Protection Systems in 1998 and remains locally owned and operated by Horgan and Garritson, who operates the Pewaukee, Wisconsin branch.  Interacting With Customers And Prospects “We wanted to use social media to stay in touch with our customers; to provide venues for interactive communication,” Horgan says. “We wanted to do a better job portraying a more human side to our company. For example, welcoming new employees, recognizing existing employees, using humor, remembering the past, community involvement, etc. We also wanted to provide valuable information to our customers – security tips, new technology and services. Finally, we needed to become better at letting our customers know everything we do. Social media has been a great way to mix all of these things on a daily basis - showing who we are, our sense of humor and communicating with our customer base. Ultimately, we are investing in social media because we believe all of these things will lead to more business and happier, better-informed, better-served customers.” Horgan says there was no specific age group in mind when they began their endeavours several months ago, but he did understand the Facebook audience would represent a younger demographic. According to Facebook, 29.7% of users are 25 to 34 years old. Results Take Time Of course, with any social media, building the number of followers takes time and targeted strategies. “Our biggest challenge now is building the number of followers,” Horgan continues. “We are still developing strategies to do this. I would say Facebook has been most popular so far – we have about three times as many followers there versus Twitter.” He adds that the more personal posts (new employees, old throwback pictures, etc.) generate the most interest and response. H&S has also posted a video – security footage of someone caught on camera trying to burn down a customer’s bar – and the company received many views and comments on that as well. Whether these postings also translate into additional installation and specification sales is still part of the unknown. “It’s too soon to see any direct results, but I would expect additional sales in the long run, especially from our existing customer base,” Horgan says. “Obviously the better we do at cross marketing, the more business we can pick up. For example, our alarm customers may not be aware that we do video surveillance. I also believe that relationships are an important part of sales. People buy from people. The more personality we can put out there the better. People want to do business with companies that care about their employees and community – because it means they will care for their customers too.”