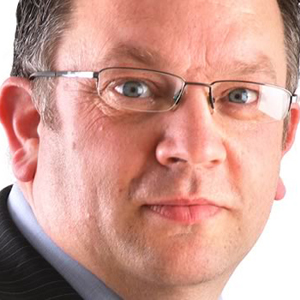 Allegion’s CISA eSIGNO portfolio includes hotel contactless locks, electronic cylinders, energy savers, safes, etc. Leading global provider of security and safety solutions, Allegion, is set to attend the Independent Hotel Show, the UK’s only forum for boutique hoteliers from Tuesday 21st October to Wednesday 22nd. A major supplier of security, hardware packages, and access control systems to hotels worldwide, Allegion will be exhibiting products from its CISA brand. Visitors to Stand 204 can find out more about the latest in access control solutions designed specifically for the hospitality industry, with the CISA eSIGNO portfolio including hotel contactless locks, electronic cylinders, energy savers, safes and minibars. There will also be a chance to view samples of the new ‘Elegance’ door handle and color variants which have recently been added to the range. Paul Taylor, UK Sales Leader at Allegion commented: “The show is an ideal chance to showcase our hospitality-specific technology under the CISA brand that provides bespoke solutions for boutique hoteliers. The introduction of our new handle plates including a vintage version enables a failsafe security solution to be tailored to match the style of each individual hotel. “CISA locks are operated by holding the card up to the reader to utilize contactless technology, which minimizes that wear and tear associated with manual locks which can prove to be costly for independent hotels. With the hotel market showing signs of recovery, now is the time to safeguard against threats with improved security levels and we look forward to sharing the simple, stylish and cost effective ways to upgrade security with hotel owners and end users at the show.” With its elegant and compact Italian design, CISA eSIGNO Contactless Locks require no wiring or invasive work on the door, ensuring a simple installation whether on new projects or upgrading of an existing system. Also available based on an ANSI mortise lock from Schlage, retrofitting CISA solutions is simple as no additional door preparation for the lock is required. To enable security to be tailored for each individual hotel and also different areas within a hotel, CISA eSIGNO is now available in a manual lock, latch bolt and panic bar versions.

An endorsement from InterContinental Hotel Group is a landmark development for Allegion Leading global security provider, Allegion, has received a milestone accolade for its CISA contactless locks, as one of the world’s leading hotel chains has confirmed the range on its list of locks in their Brand Safety Standard. The InterContinental Hotel Group (IHG) has more than 4,700 hotels in nearly 100 countries, encompassing brands such as Crowne Plaza and Holiday Inn. An endorsement from the IHG is a landmark development for Allegion and demonstrates the prestige of CISA access control solutions. The CISA eSIGNO Contactless Lock range allows guests to unlock their doors by simply holding a card up to the reader, a very quick and user-friendly option. Paul Taylor, Hotel Locking and Access Control Sales Leader at Allegion commented: “We worked closely with the IHG to respond to their bespoke specification requirements for guest room locks, and are pleased to announce this has resulted in approval for our CISA range for their entire property estate. “Working with one of the world’s leading hospitality franchises is a great development for CISA and demonstrates its growing place as a go to access control solution for hotels worldwide, comprising an innovative design with advanced security features. We also have varying finishes available on the range which enables the aesthetics to be simple or stylish, depending on the hotel environment which is ideal for a franchise framework.” Designed specifically for the hospitality industry, CISA eSIGNO Contactless Locks require no wiring or invasive work on the door, ensuring a simple installation whether on new projects or upgrading of an existing system. The locks can operate both offline and online with a wireless network.

Allegion will demonstrate products from its Schlage range of biometric technology security solutions at IFSEC 2014 Leading global provider of security and safety solutions, Allegion (formerly Ingersoll Rand Security Technologies), will be demonstrating its innovative range of Electronic Access Control (EAC) systems at IFSEC International from Tuesday 17 – Thursday 19 June at the ExCeL in London. Throughout the three day event, Allegion will be demonstrating products from its Schlage range of reliable and convenient biometric technology security solutions. The Handkey II will be among the products on stand – an access control reader which utilizes field-proven hand geometry technology to map and verify the size and shape of a hand in less than one second. Each Handkey II can be used as a stand-alone security solution or it can form part of networked system. It offers complete door control, providing door lock operation, request for exit, and alarm monitoring. A version is also available to use for time and attendance purposes to link into HR and workforce productivity systems. The stand will also feature the latest TBS 3D touchless finger scanner, which is the first fingerprint capture technology to reconstruct the three-dimensional features of the human finger by capturing the finger geometry, ridge and valley detail at resolutions up to 1000 dpi. Visitors to stand can also take a closer look at the very latest models in the PegaSys wireless intelligent access control solution from Allegion. PegaSys offers a wide choice of electronic and mechanical entry components, based on RFID technology, and it provides an instant and economical way to upgrade traditional mechanical doors to a fully electronically-controlled access system. The cost- effective, flexible system can be easily and economically upgraded as requirements change. Allegion aptiQ™ multi technology readers will also be showcased at IFSEC. The readers combine cutting-edge security technology with the ability to transform basic access control products into single, integrated solutions. Utilising an open architecture design, the aptiQ™ readers are capable of interfacing with most systems and accommodate most manufacturers’ proximity cards. They are also compliant with Near Field Communication (NFC), ensuring users are able to migrate to mobile credentials in the future. "With the likes of PegaSys, aptiQTM and Schlage, as well as its Briton and CISA ranges of mechanical hardware products, Allegion is uniquely positioned to supply mechanical, electro-mechanical and electronic security solutions" To maintain the highest security levels, the aptiQ™ reader allows mutually encrypted communication between the card, reader and diversified keys, which protect data integrity and prevent unauthorized access. And as an added benefit, aptiQ™ contactless smart credentials come with a variety of data storage options and highly impressive data transfer rates. Paul Taylor at Allegion said: “IFSEC has undoubtedly become a must-attend event for the security industry and, as a world leader in access control, Allegion (UK) Ltd has been gearing up to showcase an exclusive selection of products from its key Electronic Access Control brands at this year’s exhibition.” “With the likes of PegaSys, aptiQ™ and Schlage, as well as its Briton and CISA ranges of mechanical hardware products, Allegion is uniquely positioned to supply mechanical, electro-mechanical and electronic security solutions from cutting-edge biometrics, through to networked and stand-alone electronic access control systems and mechanical locks and cylinders. The team is looking forward to being on stand at IFSEC and making the most of this prime opportunity to demonstrate this comprehensive range of products.” All Allegion products are offered with industry needs in mind and are backed up by the company’s quality, design and testing capabilities. IFSEC International is a major annual event which attracts the entire security buying chain. This year, it takes place at the ExCeL in London’s Docklands from Tuesday 17th to Thursday 19th June.