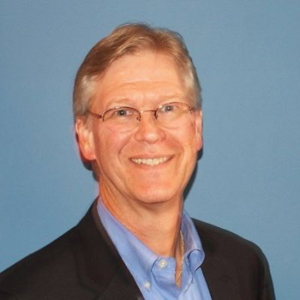 Ken Fredeen is Head of Products at Smiths Detection, and has previously worked at PerkinElmer.

The IONSCAN 600 provides customers in aviation, ports and borders markets with a more comprehensive detection solution Smiths Detection’s IONSCAN™ 600 trace detector has been enhanced to detect and identify narcotics, in addition to its existing capabilities for explosives. Extending the library of threats to include narcotics will provide customers in the aviation, ports and borders or critical infrastructure markets with a more comprehensive solution to their detection needs. Narcotics Detection The portable desktop IONSCAN 600 will be able to detect a range of narcotics such as amphetamine, cocaine, heroin, ketamine, MDA, MDMA and others. This capability will be important to front-line organizations including customs authorities, prisons and other secure facilities, which have a growing requirement to detect and identify illegal narcotics and other controlled substances. The new version of IONSCAN 600, available from June 2016, will offer the option to identify both narcotics and explosives, either separately, or both simultaneously. From October 2016, the IONSCAN 600 will also offer an optional built-in compact thermal printer to enable analysis results and logs to be documented on the spot. Increased Capabilities "The additional narcotics library will provide customers with extended detection capabilities to better meet their ever-evolving, mission-critical detection needs" Head of Sensor Products, Ken Fredeen, said: “IONSCAN 600 has established itself as a market leading product over the past two years, with certification by ECAC, the major European aviation authority and adoption by airports throughout the EU and Middle East. The additional narcotics library will provide customers with extended detection capabilities to better meet their ever-evolving, mission-critical detection needs.” The IONSCAN 600 improves screening capabilities by delivering ease-of-use, flexibility and cost advantages for trace detection applications. It is augmented by ReachBack™, 24/7/365 service and support to ensure optimum product performance, and delivers reliable performance consistent with Smiths Detection’s range of high quality solutions. The IONSCAN 600 narcotics version will be on display and available for demonstration to the general public for the first time in the United States at the American Correctional Association Congress of Correction, August 7th-9th, 2016 at the John B. Hynes Veterans Memorial Convention Center in Boston, MA.