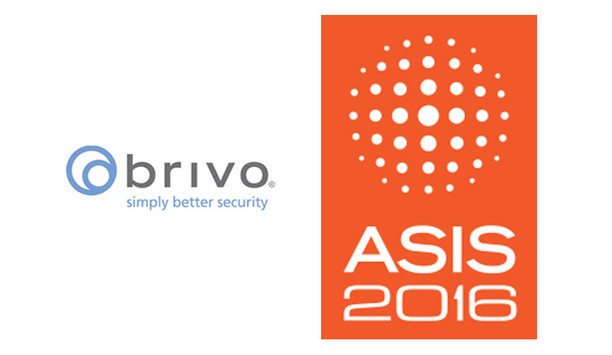 John Szczygiel, EVP and COO of Brivo, will host two in-booth educational sessions at ASIS 2016 Brivo, a leader in cloud-based physical access control and video systems, announced that it will be exhibiting at ASIS 2016 in September 12 to 14, 2016. John Szczygiel, Executive Vice President and COO of Brivo, will present, “Success Stories: How to Win with Cloud Access Control”, ways to leverage cloud-based services to deliver multi-site security, improve corporate agility, drive compliance and increase business continuity. The session will be hosted at Brivo’s booth (number 3641) on September 12 and September 13, 2016 at 3:30pm EST. Leveraging Cloud Platforms Over the past decade, the physical security industry has steadily begun to adopt cloud-based technology for critical applications. Along with this new technology, security practitioners have been able to change the way they manage their enterprises, as SaaS applications have freed them from desktops and restrictive licensing agreements. Mobile applications that leverage these cloud platforms have continued to drive the ability to interact with databases and system administration tools with greater ease for an increased number of staff. “We’re expecting a great turn out at this year’s show. John will share examples of how Brivo customers have successfully achieved the ability to support rapid business changes, improved monitoring and compliance with standards and reporting, as well as enhanced their business value and agility with cloud-based integrations,” said Steve Van Till, President and CEO of Brivo. Save Save

Over the last 15 years, Brivo has seen tremendous growth, increasing its staff by 30% within last two years alone Brivo Systems, worldwide leader and innovator of cloud-based physical access control will celebrate its 15-year anniversary on May 29 at its Maryland headquarters, just outside of Washington, DC. Well known within the physical security industry for introducing simple, scalable cloud-based access control solutions, Brivo’s brand continues to innovate and evolve while maintaining its commitment to providing both convenience and forward-thinking technologies. “The main thing that is unique about Brivo is that it’s based as a cloud platform,” said John Szczygiel, executive vice president and chief operating officer of Brivo Systems. “Brivo got started as a cloud company, so we were one of the first to build devices that are optimized to work over the Internet, in a cloud framework that can scale to millions of users.” Over the last 15 years, the company has seen tremendous growth, increasing its staff by 30% within these last two years alone. Brivo headquarters was originally located in Arlington, VA and has since operated from Bethesda, immersing the company within the competitive DC metro technology market and federal government. Originally incorporated as Mental Physics, Inc. in 1999, the company first aimed to solve the problem of “unattended delivery” within the logistics industry. The company’s first product was the “Smart Box”, a connected personal locker that enabled secure package delivery for consumers and businesses. Brivo’s web applications managed access relationships to the Smart Box by the owner, online merchants, carriers, and individual package deliveries. Amidst the Internet bubble and stock market decline in 2001, Brivo took the Smart Box core technology to the physical security market and introduced the concept of cloud-based access control. “Brivo managed to survive the dot.com era by pivoting into an established industry that had many of the same dynamics as the logistics problem we set out to solve,”said Steve Van Till, Brivo Systems president and chief executive officer. "This is an exciting time for Brivo. We have always been a thought leader in the security industry since its introduction of cloud-based access control" “We started out by managing access to a small box the size of a washing machine, and generalised that to manage large boxes like buildings and other public spaces. Cloud technology was unheard of in the physical security industry, so we essentially had the playing field to ourselves.” From dot-com era logistics solutions, to cloud-based physical access control, Brivo’s most recent milestone is placing a stake in the Social Access Management market. In July 2013, Brivo founded Brivo Labs, an innovation unit that focuses on connecting social identities to physical places—a concept called “social spaces.” “This is an exciting time for Brivo. We have always been a thought leader in the security industry since its introduction of cloud-based access control,” noted Lee Odess, vice president of marketing for Brivo Systems and general manager of Brivo Labs. “Now we are continuing to lead the industry by introducing contextual access control and the Internet of Things to the market.” Looking back on the past 15 years at Brivo, Van Till reflects on the company’s evolution.  “People always ask if we could have foreseen the company ending up where we are today,” he said. “On the one hand, it was always our goal to optimize and simplify access management, and we’re still doing that part of our vision. On the other hand, I could never have predicted the path we took to get here, and that’s the fun of the journey.”