Edge360 Deploys PSIM Solution For The Department Of State

Security experts to lead the development and integration of PSIM system in support of state department’s worldwide upgrade Edge360, a global integrator of advanced security technologies, has begun the worldwide rollout of the PSIM solution as part of a recently awarded $73 Million contract from the Department of State. Edge360 will support prime contractor, Communications Resource, Inc. (CRI), by providing subject matter expertise in the development, integration and installation of the platform that includes geo-spatial awareness, 3-D modelling, video surveillance, access control, intrusion detection systems and other sensitive capabilities. Faster Response Time This real-time solution will provide the State Department with actionable information for immediate reaction and response to high-level threats in critical locations around the globe. State-of-the-art Edge360 technology will enable the Department of State to realize organizational efficiencies and improved security posture through increased awareness. The PSIM System will allow for reduced response time, improved situation awareness, and enhanced event monitoring and reporting. John Rezzonico, Edge360 CEO, noted “We are pleased to partner with CRI for this project of global scale and importance. As the lead developer and integrator for the PSIM solution, our team shares the Department of State’s vision for global security solutions and advanced technologies.” “The Edge360 team is among the best in the industry, and we look forward to deepening our partnership with CRI and meeting the security needs of the men and women of the Department of State, deployed in the most challenging locations around the world.” 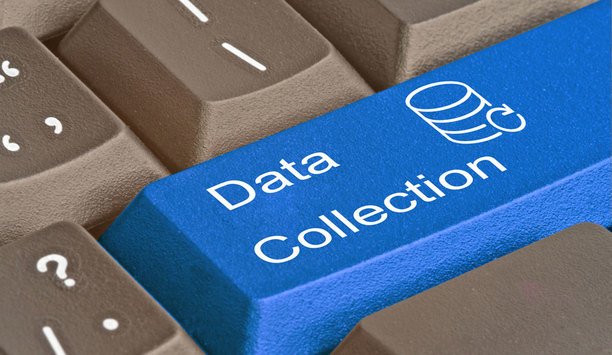 Creating and accessing intelligence is increasingly part of the mission of corporate security departments, and of Safe Cities applications. Such capabilities were previously the domain of military and government applications, but the same approaches used to provide intelligence from military bases can also be applied to Safe Cities and corporate security projects. Edge360 is a six-year-old company with roots in the military and Department of Defense surveillance. Now, Edge360 is looking to apply that expertise to the Safe Cities and physical security markets. Unifying Existing Systems Their approach is to unify existing systems into a functioning whole, and to fill in the missing elements in the process. “We take a look at what corporate entities have already leveraged, and then we figure out how to bring them together into a whole system,” says John Rezzonico, CEO of Edge360. “What we have seen is that cities focus on buying a camera, a license plate recognition (LPR) system, or access control, but they don’t consider what they are doing with it. We come out of the intelligence space, and we look at the ‘big picture’ system.” In focusing on that “big picture,” Edge360 has done a lot of integration work over the years. However, they have also developed some products to help fill those gaps – the missing elements – in systems. As the name indicates, the company focuses on edge devices and how they can be combined to provide “360 degrees” of intelligence. Slingshot “normalizes” the datato a standard and easy-to-access format, and indexes the data tobe easily searched by the enduser PSIM For Data One of the products Edge360 has developed is called Slingshot, which Rezzonico describes as a “PSIM for data.” PSIM historically has referred to a physical security information management system. Rezzonico’s nickname for Slingshot’s capabilities refers to collecting data from various (existing) databases and then making it easily accessible to an end user. It’s a “data fusion” appliance that leverages data from multiple sources in a variety of formats. It then “normalizes” the data to a standard and easy-to-access format, and indexes the data to be easily searched by the end user. The appliance allows end users to search for data with “Google-like” speed and then to view a “normalized” summary of data results (i.e., in a consistent format) that, again, is reminiscent of the results in a Google search. Slingshot emphasizes “speed of discovery;” in other words, the appliance creates and accesses a summary of available data, and searches the summary rather than all the databases. That’s a faster process. Once the data is discovered, retrieval focuses on a single record rather than having to scan the entirety of the databases. Each physical location installs one Slingshot appliance to compile and process local databases. Each appliance can accommodate up to 30 million records and 50 users with a user interface. Appliances can communicate with other appliances in other locations, and data is accessible (although protected) in the cloud. The new data element works with and expands the capability of a customer’s existing PSIM system, which ties together physical security systems. "We’re trying to show thatyou can leverage what youhave invested in, and onlyuse appropriate equipment" “There are a million different types of database query systems. Some are very sensitive to what you put into them; they’re time-consuming,” says Rezzonico. “You put the query in and then you have to wait for it to come back. Since we do it with an index, we take the load from the system and provide the result. We allow them to discover information quickly, because it’s indexed. The time to discovery is the most important element.” Video Management System Interface Slingshot is just one component Edge360 is bringing to the physical security market. Another is called Rhino, which is a “VMS light” designed to tie directly into a PSIM system. The PSIM serves as the system interface and makes a video management system (VMS) interface (“front-end”) unnecessary. Another product from Edge360 is a hybrid wireless/RF surveillance box that can be easily deployed to capture video wherever needed (and redeployed as threats change). The boxes will be shown at ASIS in Orlando, and are applicable to special events such as the Boston Marathon or even a protest march. “We’re trying to show that you can leverage what you have invested in, and only use appropriate equipment,” says Rezzonico. “There are some ‘light’ products that can augment your systems. We focus on the operational needs of customers, not selling the catalog. We are an integration house, and we simply want to deliver cost-effective solutions based on our experiences in the government and military sectors – but at a lower cost.”