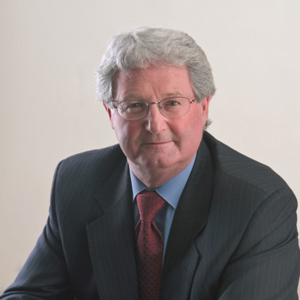 SSAIB can now provide an assessment service for organizations seeking certification against the Surveillance Camera Code of Practice SSAIB, the UK and Ireland-based certification body with some 1700 registered firms, will be exhibiting on stand G500 at IFSEC. SSAIB’s appearance at the three-day show follows its full program of regional forum events held in the first half of 2016, including locations in Ireland, Northern Ireland, Scotland and elsewhere around the UK. Surveillance Camera Code Of Practice Returning to IFSEC again at the London ExCeL venue, SSAIB’s staff will be led by its Chief Executive, Alex Carmichael, supported by Chairman Geoff Tate. They’ll be on-hand to discuss a variety of issues, including how SSAIB is now authorized by the Surveillance Camera Commissioner to provide an assessment service for organizations seeking certification against the Surveillance Camera Code of Practice. Organizations which have already achieved this include Community Safety Glasgow’s public space CCTV operation and Enfield Council’s Public Safety Center. Enfield has also recently gained SSAIB certification for the provision of lone worker devices and its Center provides safety monitoring for around 400 lone workers, such as social services employees, security officers and housing staff carrying out vital work in the community at sites including libraries, schools and hospitals. Engineers Of Tomorrow At IFSEC, SSAIB will again be supporting the Engineers of Tomorrow challenge, the UK security skills competition for young engineers and apprentices, offering them an industry-wide opportunity to publicly demonstrate their achievements, as Alex Carmichael explains: “Engineers of Tomorrow offers a number of tangible benefits to both competitors and their employers and is another example of how SSAIB supports industry standards in the security, fire and other sectors. We’ll be providing assessors to act as judges, as well as one of the cash prizes, this year.” “The entire SSAIB team are looking forward to meeting with existing registered firms at IFSEC,” Alex adds, “as well as talking to companies and other organizations considering the many benefits available from the fire, manned guarding, electronic security and telecare certification services that SSAIB offers.”

Alex Carmichael will be taking over from Geoff Tate who will be stepping down as CEO after 16 years in the role SSAIB, which is celebrating its 20th anniversary as the UK and Ireland’s leading fire, security and telecare certification body, has appointed its new Chief Executive. Alex Carmichael will be taking over from Geoff Tate, who announced earlier this year that he will be stepping down as CEO after 16 years in the role. Alex Carmichael is joining SSAIB from his current post as Director of Technical Services and Exports at security industry trade body the BSIA, where he is responsible for coordinating all technical and quality matters. Alex’s existing duties on various UK and European committees, along with his strong technical background and close working relationship with a variety of industry organizations, provides him with ideal credentials to steer SSAIB in its next phase of growth. His background also includes over 20 years’ army experience in various technical/engineering support roles with REME, as well as a short spell as an electro-medical engineer with the NHS. “I’m delighted that someone with Alex’s skillset will be heading up SSAIB,” comments Geoff Tate. “I’ll be handing over the reins to someone with over 15 years’ involvement in the security sector, where he’s widely known and respected. “Besides working with him during a transitional handover, I’ll remain in close contact with Alex as SSAIB’s Chairman. It’s a significant boost for SSAIB to appoint a new Chief Executive of such calibre and provides the foundation for our future. SSAIB certificated organizations in the security, fire and telecare industries can rest assured that they’ll be in good hands with our staff under Alex’s capable guidance.”

Geoff Tate won the Peter Greenwood Award for his work with the SSAIBover the last 15 years Geoff Tate, CEO of the UK’s leading fire, security and telecare certification body, SSAIB, has won the Peter Greenwood Award at the 2014 ECA Annual Awards. Sponsored by the Fire and Security Association (FSA), the Peter Greenwood Award recognises professionals in the security systems industry who have made an outstanding contribution to the sector. It was set up in memory of former Head of the Electrical Contractors’ Association Security Group, Peter Greenwood, after he passed away in 1995. Tate won the award for his work with the SSAIB over the last 15 years. After taking over the CEO role from founder David Hinge, he built SSAIB into a body with more than 1,500 registered firms, and expanded its remit within the sectors of manned services and electronic security systems, fire protection, environmental management and occupational health and safety management systems, as well as telecare monitoring equipment for social alarms. Geoff Tate said: “I’m delighted to have won this award, and that my peers feel so strongly that my work merits winning this. The past 15 years have been significant for SSAIB, as we’ve tried to strike a balance between expanding our offerings and services without losing sight of the qualities that set us apart from other certification bodies. I am pleased that, despite our increase in size and scope, we have been able to preserve this vital aspect of our identity and culture.” Pat Allen, FSA Chairman, said: “Geoff is a very worthy winner of this award, having grown the SSAIB from a relatively small organization into one which is recognized as the primary certification company for firms in the security services sector. I congratulate him on his win, and hope the industry will continue to benefit from his extensive knowledge and experience when he moves into the role of Chairman of the SSAIB later this year.”