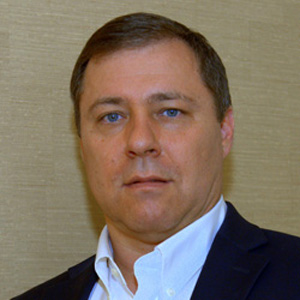 François brings to Pivot3 a full-stack B-to-B technology marketing toolkit, combining both digital marketing expertise and experience in traditional marketing. A 20-year veteran of crafting go-to-market strategies, designing demand generation programs, and launching technology products globally, François has held executive positions in marketing with both start-ups and enterprise scale companies. Before joining Pivot3, he headed digital marketing for global ecommerce at Dun & Bradstreet. He previously led marketing at BOXX Technologies, Patient Conversation Media, Triton Imaging, and L-3 Communications-SBI, including a stint at Dell in product management. Originally from Europe, François attended Sciences Po in France, earned an undergraduate degree in international business from the University of Texas at Austin and an MBA from The Thunderbird School of Global Management.

The increased viability of surveillance video as data will be an opportunity for growth and development Pivot3 2014/2015 Review and Forecast: It was a solid year for the industry – not great, but not bad. The state of the economy and less U.S. government grant money for surveillance in the last year held the security industry back overall.  There were two interesting trends as it relates to server/storage infrastructure for video surveillance. First, the proliferation of DAS solutions in the United States. SAN products are the most widely accepted enterprise solutions for surveillance video. However, both VMS manufacturers and integrators are pushing harder-to-manage, unable-to-grow and non-failure-resilient DAS. Integrators appear to be pushing this because of the lower cost. Previously open software-only VMS manufacturers have now introduced their own low-end DAS storage systems. This trend is not in the best interest of end users who want an easy-to-manage, scalable and highly available systems. Second, more and more IT departments are supplying server and storage infrastructure, which causes traditional security integrators to give up revenue, and also, the end-user customer ends up with more expensive, non-video-optimized systems.  Unexpectedly, the growing trend of open vendors moving toward closed systems was unexpected. The introduction of hardware offerings by previously all-software VMS manufacturers is one example. The danger is moving toward vendor lock, which results in more expensive and less flexible systems. Surveillance video increasingly will be looked at as Big Data that can be analyzedto bring value to the top line of the business – as opposed to data whose primary purpose is to be used by loss-prevention departments. With this trend, more and more IT departments and IT technologies will utilize surveillance video as a data source. Technologies such as virtualization, hyper-converged infrastructures and big data analytics will be much more important for video surveillance. Surveillance video increasingly will be looked at as Big Data that can be analysed to bring value to the top line of the business   Traditional security manufacturers who align with an open approach to allow integration with these IT technologies will be the winners in the industry. Traditional security distributors and integrators will be the losers, and IT distributors and VARs will emerge as winners in this trend. Business in 2014 has been good for Pivot3. We will post revenue growth of greater than 50 percent in a market that hasn’t grown anywhere near that level. Two big areas of success in 2014 have been customer base refreshes and growth in the Middle East market. In 2015, we expect continued growth in North America, Latin America and the Middle East, along with renewed success in Europe. Our success will be fueled by new, more cost-effective technologies, further sales and marketing investment, and new technology opportunities for our channel partners. We also will take more of a leadership role in educating the market on the adoption of IT technologies optimized for video surveillance. The security industry is poised for renewed growth because of heightened awareness of our value, combined with new technologies. Second, new technologies and new ways of looking at surveillance data will be disruptive to the traditional security ecosystem players, which mean opportunities for new players adapting to new technologies and approaches. The increased viability of surveillance video as data to be transformed into information providing significant value over just loss prevention will be an opportunity for growth and development. See the full coverage of 2014/2015 Review and Forecast articles here

Pivot3, a pioneer and innovator in the development of Globally Hyper-Converged Infrastructure (HCI) solutions, recently announced that it has further enhanced its long-standing partnership with Milestone Systems through the certification of its HCI appliances with the XProtect® video management software suite. The certification ensures that the companies’ joint customers across the globe continue to receive the highest performance and reliability with Pivot3-Milestone installations. Combining vSTAC With XProtect VMS The certification documents how the combination of XProtect software failover with Pivot3 vSTAC OS hardware failover ensures that video data is stored and protected to the industry’s highest standards. The test process details how the two solutions operate together, and provides customers with confidence that the technologies meet maximum performance and integration standards. Each certification project has three phases, beginning with two scenarios of a benchmark test and a maximum performance test. Statistics from the Milestone XProtect recording servers are analysed to determine performance rates. In both optimal and degraded mode, the Pivot3 system configured with RAID6E volumes achieves industry leading throughput while offering unique fault tolerance to ensure continuity of video ingest under the most demanding scenarios. These positive results verify that the integration between Pivot3 and XProtect meets established best practices. Full configuration and performance data are available in the certification report. Fulfilling Surveillance Market Requirements “The Milestone Solution Certification assures that Pivot3’s high-performance, hyper-converged infrastructure solution is characterized for customer requirements,” said Reinier Tuinzing, Strategic Alliances Manager—Americas, Milestone Systems. “It provides customers and systems integrators the flexibility to reap the full benefits of their chosen surveillance infrastructure while confirming critical video and business data is not only secure, but available when needed.” Pivot3 is a pioneer in HCI, delivering the first-generation appliance in 2008. Designed for the data-intensive needs of the surveillance market, appliances can be mixed in any combination, and system expansion is as simple as adding another appliance to the vSTAC array. Pivot3’s unique architecture protects against data loss, as well as application and hardware failures. “The certification of our Global HCI appliances with Milestone XProtect ensures the reliability and performance of our joint customers’ video surveillance solutions. Milestone’s flexibility and compatibility with third-party architectures make them a leader in scalable VMS solutions,” said Francois Wolf, Chief Marketing Officer, Pivot3. “We have enjoyed a very strong relationship with Milestone, resulting in a significant number of large deployments around the world. This certification further extends our partnership and ensures our technologies meet the growing demands of today’s sophisticated surveillance customers.”