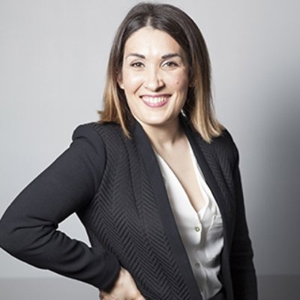 Emily O’Mahony is Head of Learning and Development at Securitas UK.

The BSIA Chairman's Awards awards recognize the significant or lifelong contributions to the security industry Five individuals and teams have been presented with prestigious British Security Industry Association Chairman’s Awards to celebrate the significant contributions they have made to the ongoing success of the UK’s private security industry.Personally selected by the BSIA’s Chairman, Dirk Wilson, Managing Director at Sector Security Services, the awards serve to recognize the significant or lifelong contributions in five different categories: Contribution to Standards, Contribution to the Community, Contribution to the Industry, Contribution to Training and Contribution to Exporting. The awards were presented at the Association’s flagship event, the BSIA’s Annual Luncheon, held at the London Hilton on Park Lane on the 12th July.This year’s winners are: Contribution To Standards The Chairman’s Award for Contribution to Standards was presented to Martin Harvey, Head of Regulatory Affairs at TYCO / ADT. Martin has been involved with the fire and security industries for more than four decades and has made a significant contribution to the development of standards within that time. Martin has been involved in various committees and organizations relating to standards, initially with the British Fire Protection Systems Association, before becoming Chairman of the Fire Industry Association in 2012. He is now involved in a number of BSI and CENELEC security systems committees using his expertise to shape and form standards. He represents the UK on three key standards committees for alarm systems, alarm receiving centers and integrated systems and has an enthusiasm to see the security industry keep pace with changes in technology. He is dedicated to the development of best practice in the security industry and a deserving recipient of this award. Studies suggest that as many as5,000 former services personnelare homeless in the UK at any onetime. Vigilance Properties’ trackrecord in rebuilding productive livesfor those struggling in such waysis very strong Contribution To The Community The award for Contribution to the Community was awarded to Vigilance Properties Ltd, a company that has its beginnings as a social enterprise, first established in 2008 with the aim of improving the lives of ex-service men and women. Studies suggest that as many as 5,000 former services personnel are homeless in the UK at any one time, with over 20% in London alone. Vigilance Properties’ track record in rebuilding productive lives for those struggling in such ways is very strong. The company’s commitment to the community extends beyond its recruitment ethos – which has nurtured over 600 former soldiers to develop civilian careers in security over the past 8 years – to its dedicated fundraising efforts, particularly around London Poppy Day in support of the Royal British Legion. Staff from Vigilance Properties volunteer with thousands of armed forces personnel across London to raise funds and in the last two years, they have raised a staggering £77,000 for this worthy cause.Contribution To The Industry The Chairman’s Award for Contribution to the Industry was presented to Detective Inspector Georgina Barnard who has been closely involved with the Police and Security (PaS) initiative since its inception in 2014. Her support of the private security industry through PaS has been extremely well received and has been instrumental in ensuring that the initial enthusiasm for the PaS concept has not stood still, but has been translated into positive actions and outcomes. Georgina has been extremely proactive in introducing and supporting discussion between the Metropolitan Police Service and the private security industry. Her boundless energy and enthusiasm for creating a positive atmosphere between the police and private security industry has contributed to significant steps forward in the relationship between both sides. In 2015, Securitas opened a newTraining and Development Academywith state-of-the-art trainingequipment and within the space of ayear, the company achieved itsstatus as a City & Guilds AccreditedTraining Centre, unique in the privatesecurity industry Contribution To TrainingThe Chairman’s Award for Contribution to Training serves to recognize those who have made significant contributions towards equipping the industry with the skills and knowledge it needs to develop and innovate. This year, the award was presented to Emily O’Mahony, Head of Learning and Development at Securitas UK. Securitas has had a renewed focus on the training and development of more than 13,000 staff and since taking up her post, Emily has created and led a strategy to change and secure the shift in skills and output as a result. In 2015, the company opened a new Training and Development Academy with state-of-the-art training equipment and within the space of a year, the company achieved its status as a City & Guilds Accredited Training Centre, unique in the private security industry. This was largely due to Emily’s leadership and tireless dedication to achieving this aim. Contribution To ExportingThe award for Contribution to Exporting was awarded to John Davies, Managing Director of TDSi and Chairman of the BSIA’s Export Council. John has been a driving force and keen supporter of the BSIA’s Export Council, serving twice as its Chairman. First elected Vice-Chair of the Export Council on 2008, John has worked very closely with the Association to provide advice and guidance to other security companies who are less experienced exporters. He then became Chairman of the Export Council in 2010 and became a strong figurehead for the industry. Around the same time, he served on the UKTI DSO’s Security Sector Advisory Group, assisting the Government in identifying security export opportunities. John started his second tenure as Chairman of the Export Council in 2015 and continues to be a strong voice for exporting in the industry. He now serves concurrently on the Home Office’s Security Resilience and Growth Partnership as an authoritative voice on exporting in the security sector. Commenting on the awards, BSIA Chairman, Dirk Wilson, said: “I am proud to be able to recognize these individuals whose commitment and dedication has made a lasting impression on our industry, both in the UK and abroad. The actions of this year’s winners have all served to promote our industry in a positive light and I am delighted to be able to commend the impact they have made.”