Eamonn Murphy, the senior sales and design consultant for Total Integrated Solutions Ltd. (TIS), was instrumental in one of the UK’s largest video surveillance projects in West Midlands. Prior to his appointment at TIS, Murphy served as sales manager at OpenView Security Solutions Limited. Murphy graduated from the Peterborough Regional College. 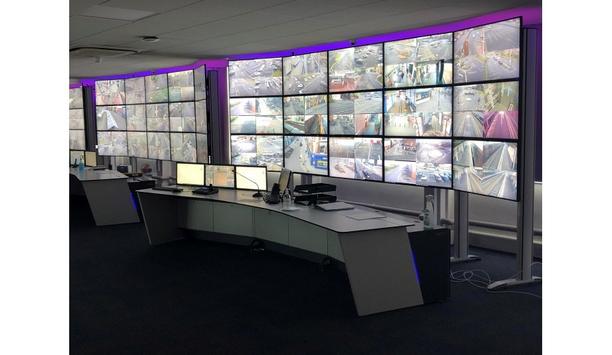 Revader Security has supplied a fleet of over 20 re-deployable CCTV cameras to West Midlands Combined Authority (WMCA), to provide visibility of multiple major construction projects being undertaken, in anticipation of the 2022 Commonwealth Games. 2022 Commonwealth Games  The Transport for West Midlands (TfWM) capital construction program comprises several major Commonwealth Games critical projects, within the Perry Barr area, including the A34 highways scheme, Perry Barr Rail Station & Bus Interchange, Alexander Stadium, A34 Sprint and A34 public realm works. The sheer scale of simultaneous construction activities within a constrained geography and along one of the busiest radial corridors into Birmingham City Centre, presents acute transport challenges. The redistribution of traffic flows is expected to cause significant potential disruption to the regional transport network, which requires intensive CCTV monitoring and rapid incident response. Re-deployable CCTV cameras Revader’s re-deployable CCTV cameras are rugged outdoor surveillance solutions Revader’s re-deployable CCTV cameras are rugged outdoor surveillance solutions, which combine camera, recording, storage and wireless video transmission in a single unit. They can be installed in virtually any location within minutes and repositioned to subsequent locations, to suit changing surveillance requirements. The units can operate from a variety of power sources, including mains and battery. Transport for West Midlands (TfWM) are able to relocate their cameras from site to site according to construction schedules, traffic volumes and the variable levels of disruption caused to surrounding infrastructure. The camera units are primarily attached to street lighting columns adjacent to major traffic routes. Data and video storage Data and video feeds are fed back to TfWM’s Regional Transport Coordination Centre in Birmingham, where these can also be shared with regional Urban Traffic Control centers and third parties, such as the Police. It was, therefore, important from the outset that the new cameras interface with existing network infrastructure and control room systems. Revader Security worked in partnership with CDC Technical Services (TfWM’s appointed consultant for the project) and Total Integrated Solutions (the authority’s incumbent maintenance provider) to ensure that the cameras integrated seamlessly with existing CCTV systems. Deploying high performing 4G cameras Revader’s re-deployable products are both reliable and high performing" Carl Chippendale, Owner and Managing Director of CDC Technical Services said, “Given the large geographical area involved, the solution to use 4G cameras was an obvious one. Revader’s re-deployable products are both reliable and high performing, making them the perfect match for a complex project. The level of support provided was exemplary and I would not hesitate to recommend them.” Eamonn Murphy, Key Account Manager at Total Integrated Solutions said, “Revader supplied us with a large fleet of re-deployable cameras, which were delivered on time and have proven highly effective. They also worked closely with us on this complex project to help configure our video networks and ensure that all our client’s priorities had been satisfied. I would recommend them highly.” Working with partners Revader Security continues to work alongside their partners, in order to support West Midlands Combined Authority (WMCA), Transport for West Midlands (TfWM) and a variety of other clients, in the public and private sectors. 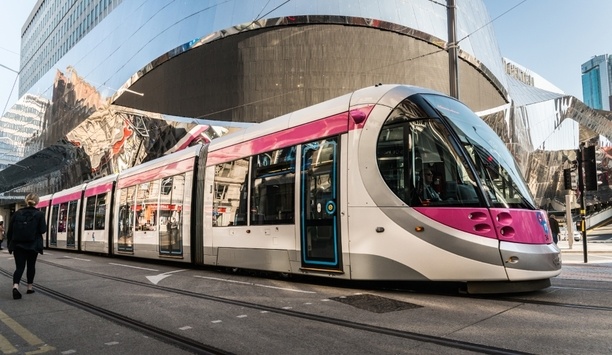 One of the UK’s largest video surveillance projects in recent years involving the deployment of 845 Wisenet cameras manufactured by Hanwha Techwin, is nearing completion. The video surveillance system, which is designed to play an important role in helping ensure the safe and reliable delivery of public transport across the West Midlands, is being used to monitor activity at over 50 railway stations, 11 bus stations, 3 Midland Metro park and ride sites, as well as the main Number 11 bus route around the City of Birmingham. Live and recorded images from all cameras are being monitored at an advanced control room, located in central Birmingham Wisenet HD IP camera integration The project which is targeted for completion in July 2018 has so far seen approximately 845 Wisenet cameras installed by Total Integrated Solutions Ltd. (TIS) on behalf of Transport for West Midlands which was set up by the West Midlands Combined Authority (WMCA) to co-ordinate investment needed to improve the region’s transport infrastructure. The remaining work includes the deployment of the latest generation of Wisenet high definition IP cameras at a number of car parks, together with significant camera upgrades in Walsall and Solihull, two of four Local Authority public space CCTV systems are already monitored by WMCA. Live and recorded images from all the cameras are being monitored at a £1.2M state-of-the-art control room located in central Birmingham. “Our approach to this very large, complex project was not simply one of agreeing to meet exacting KPI’s from a performance perspective,” said Eamonn Murphy, Coleshill based TIS’s key account manager. “We felt the route to success would be to adopt a more partnership type approach, where we were not only the provider of technical solutions but were also involved at a strategic level in identifying with Transport for West Midlands a pathway of system upgrade, improved efficiency, cost reduction, innovation and utilising latest technology such as video analytics to the best advantage.” TIS is assured seamless integration between Wisenet cameras and Veracity Coldstore ‘direct to storage’ solution Wisenet cameras & Veracity Coldstore solutions Transport for West Midlands evaluated cameras available from 9 different manufacturers. The subsequent decision to source all the cameras from Hanwha Techwin, (previously known as Samsung Techwin), was partly due to the price/performance ratio of its cameras, but there were two other important factors which were taken into consideration. Firstly, Hanwha Techwin has a close working relationship with its technology partner, Veracity. This meant TIS could be assured that there would be seamless integration between Wisenet cameras and the Veracity Coldstore ‘direct to storage’ solution. This negates the need for Network Video Recorders (NVRs) and thereby substantially reduces capital costs, as well as minimising setup and maintenance requirements. Open Platform cameras The Veracity Coldstore recording solution is unique in the linear way that data is written to the hard drives. Only 2 hard drives are spinning at any one time, meaning a significant reduction in power consumption, lower heat generation and greater longevity of the hard drives, reducing the overall cost of ownership. When drive failures do occur, the faulty drive can be swapped with a new drive allowing uninterrupted use. The second important factor was the capability of the Wisenet open platform cameras to accommodate a variety of edge-based analytics such as ANPR and heat mapping, should Transport for West Midlands wish to deploy these at some point in the future. Trials of the Wisenet People Counting application are currently being carried out. This utilises the analytics software developed by Facit Data Systems, another Hanwha Techwin technology partner. Wisenet SNP-6320H cameras are configured for the transmission of 25 images per second (ips) at 1080p resolution Intelligent Day/Night cameras A large percentage of the cameras installed are Wisenet SNP-6320H 2 Megapixel Full HD network PTZ dome cameras. In addition to being a true Day/Night camera which is able to capture high quality images in low light, the SNP-6320H’s powerful 32 x zoom capability enables operators to observe the close-up detail of any activity. Trials were conducted where the cameras were capped at 2 Mbps and configured for the transmission of 25 images per second (ips) at 1080p resolution. The performance at this low bandwidth level was impressive and further contributed to the selection of the Wisenet SNP-6320H, which are also equipped with intelligent auto-tracking capability to ensure a greater level of detail can be captured when no operator is present. Other Wisenet cameras deployed as part of the project include the SNV-6084R vandal-resistant IR dome and the SNB-6004 fixed camera, both of which are able to capture Full HD 2 Megapixel images. Video Surveillance Technology “Working on rail, Metro and bus station sites spread across the wider West Midlands area is a complex and challenging operation and the TIS team deserve recognition for its expertise and diligence,” said Mark Babington, Safety & Security Manager for Transport for West Midlands. Suppliers such as Hanwha Techwin and Veracity have also worked extremely well in partnership with us to ensure we could achieve maximum benefit from this substantial investment" “TIS’s engineers were qualified to the highest degree to support the latest video surveillance technology, as well as being experienced to cope with older legacy systems. Both were needed within the unique environment of a busy integrated transportation network which brings its own exceptional requirements of compliance with bespoke health and safety legislation.” “Suppliers such as Hanwha Techwin and Veracity have also worked extremely well in partnership with us to ensure we could achieve maximum benefit from this substantial investment in the West Midlands transport infrastructure.” Commenting on the success of the project, Bob (H.Y.) Hwang Ph.D., Managing Director, Hanwha Techwin Europe, said: “We greatly value the opportunity to have been involved in this project. It is a excellent example of the benefit of all stakeholders interacting with each other in partnership at an early stage of a project to ensure the most suitable products are specified and subsequently installed to the client’s satisfaction.”