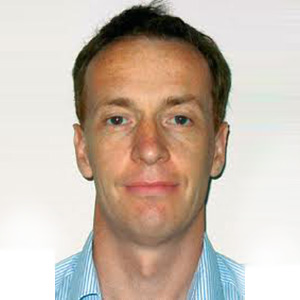 All 24 radar plus Navtech's sophisticated analytical software were integrated into the SCADA solution Following a very successful show at Intertraffic 2014 Navtech Radar, the world's leading manufacturer of radar-based Automatic Incident Detection (AID) solutions for traffic management applications, reflects on a great year for radar in the Incident Detection market, not least in this significant venture into the renowned tunnel world of Norway. Navtech supplied its ClearWay solution for both the 4.5 km long Mastrafjord Tunnel and the 5.8 km long tolled Byfjord Tunnel near Stavanger in Norway and at Intertraffic found that feedback from around Scandinavia on this was both enthusiastic and extensive. Both Mastrafjord and Byfjord are subsea road tunnels and the new ClearWay solution is part of a recently completed tunnel refurbishment project. Radar AID was specified by Multiconsult, one of the largest ITS consulting firms in Norway. A paper on its choice of Radar AID was presented at the 2nd 'Tunnels and ITS' Symposium in Bergen, Norway, September 2013 by Kristian Jensen of Multiconsult. Senior Engineer Lars Martin Rage, from Multiconsult explains, "We started looking at Radar for AID in early 2012 and after recommendations from the Swedish road authority "Trafikverket" we carried out a site visit to the Hindhead Tunnel on the A3 in the South West of England which deploys 12 ClearWay radar across the twin tunnels. Subsequently radar was specified as the solution for both refurbishment projects of the Byfjord Tunnel and the Mastrafjord Tunnel. One of the key requirements was AID capability in very harsh weather conditions of snow, rain and fog around the tunnel entrances where sunlight can be a problem. We also needed a low-maintenance solution throughout the tunnel with a very low rate of false alarms." Following a tender process Navtech were asked to supply multiple companies with quotations for their ClearWay AID solution with Trafsys eventually winning the tender process with the Navtech offering of ClearWay. All 24 radar plus Navtech's sophisticated analytical software, Witness, were integrated into the SCADA solution in the control room by Bergen-based systems integrator Trafsys. Working with Mesta, one of Norway's leading contractors engaged in the construction, maintenance and operation of onshore infrastructure, the Navtech AID solution was installed in 3 phases during the autumn of 2013. The solution installed in Byfjord - Mastrafjord was presented to project and maintenance personnel in 2014. Dr Stephen Clark, Technical Director of Navtech Radar explains, "We're incredibly pleased to note that our Radar based AID solution has now been adopted as a 'de facto' standard in many places. The Nordic Countries in particular have introduced the technology in a number of schemes. The Mastrafjord and Byfjord tunnels are exciting examples of recent projects that have successfully embraced our technology solution." Norway has more than 1,000 road tunnels - including the world's longest road tunnel, the 25 km long Laerdal Tunnel.