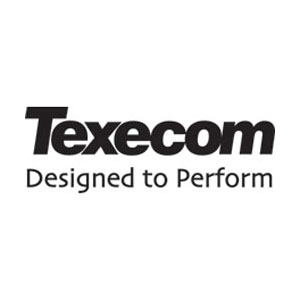 Clym Brown is the Marketing Director  at Texecom. 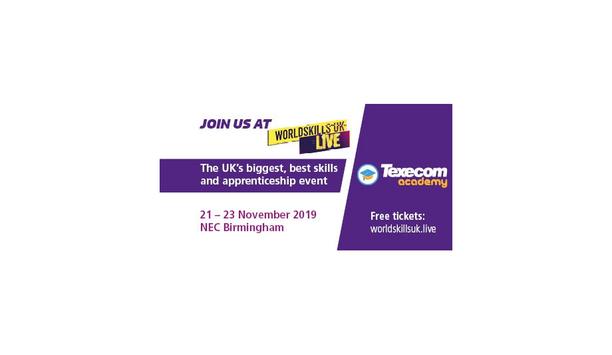 Texecom, CSL And Hikvision To Sponsor WorldSkills LIVE To Raise Awareness About Security And Surveillance Industry

Texecom is delighted to be sponsoring, along with CSL and Hikvision, the new Electronic Security Systems Competition at this year’s WorldSkills UK LIVE on 21–23 November at the NEC in Birmingham. WorldSkills UK and Skills for Security launched the competition to raise awareness of apprenticeship and career opportunities in the security and surveillance industry. Attracting over 70,000 visitors, WorldSkills UK LIVE is the UK’s largest skills, apprenticeships and careers event. Electronic Security Systems Texecom has been a longstanding supporter of engineering apprentice training within the security industry" The event also hosts the National Finals of the WorldSkills UK Competitions which see the UK’s top apprentices and students compete to win Gold, Silver and Bronze in their chosen skill. This year, for the first time, visitors to LIVE will be able to watch apprentices take part in the Electronic Security Systems Competition which has been designed to reflect the role of an Electronic Security Engineer and the high standards that are expected within the industry. “Texecom has been a longstanding supporter of engineering apprentice training within the security industry, and we are delighted to partner with WorldSkills UK and Skills for Security for the launch of this competition,” says Clym Brown, Texecom’s Marketing Director. Electronic security apprentices “Electronic security fundamentally protects people’s lives and livelihoods and as such is a very worthwhile endeavor for young people to consider as a career choice. This new competition will highlight the skills and innovation in the industry to a wider audience, as well as increasing the training level and knowledge base of electronic security apprentices already involved.” As part of its commitment to helping the next generation of security engineers and installers adapt to the digital revolution, Texecom recently launched the Texecom Academy. Designed to help security professionals get ahead of the digital curve, it redefines what it means to be a security professional by providing the skills, tools and mindset that will define the future of security – for installers and their customers. 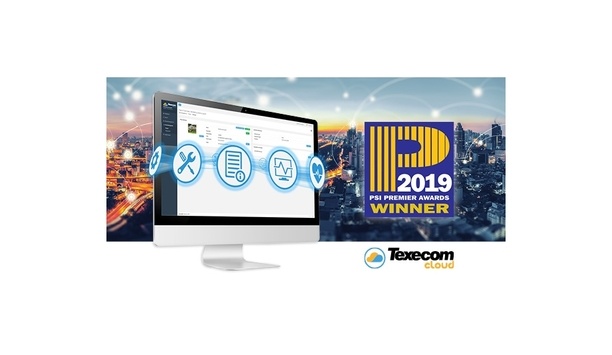 Texecom Cloud is delighted to announce that they were awarded ‘Technological Innovation of the Year’ in the recent PSI Premier Awards. Accessible on any internet-connected device, Texecom Cloud enables security installers to manage multiple alarm systems from one simple interface, simultaneously. This in turn helps them save money and increase revenues by being more efficient and adding value to their customers. It gives engineers complete control over their alarm system portfolio – this includes safeguards to ensure only the right people have access to the right data. Engineers are restricted to only view and access security systems that are specific to them. Simple, quick and easily accessible The company has invested a great deal into R&D to develop the best, most relevant technology" System programming is simple, quick and easily accessible, and there is even the option to create custom programming templates from previous installations or imported Wintex profiles. This reduces the number of programming steps required, guaranteeing consistency from site-to-site and eliminating programming errors. One of the most important features of Texecom Cloud is remote maintenance and health checks. This reduces the number of times installers need to visit a site to diagnose, maintain, manage and service customer’s alarm panels – it can even eliminate the need to go on site completely. Digital revolution in security “We’re absolutely delighted to have won this award,” comments Texecom’s Marketing Director Clym Brown. “The company has invested a great deal into R&D to develop the best, most relevant technology to help our commercial and residential installers adapt to the digital revolution in security. Texecom Cloud, along with our TexecomPro App and our award-winning Texecom Connect connectivity options, are designed to help them increase revenues and delight their customers!” 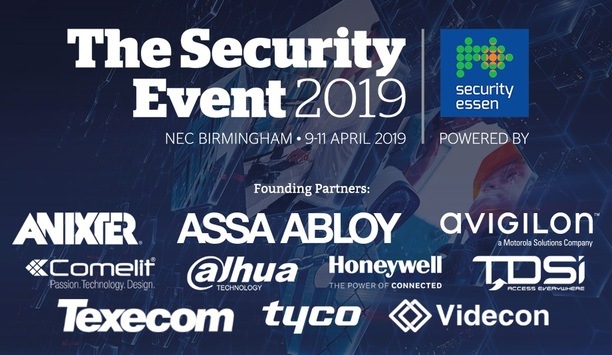 The Security Event has built a platform which is truly designed by the industry, for the industry, with game-changing collaborations with manufacturers, distributors, service providers, associations and industry leaders, industry media and complementary events. Spearheading this approach, a truly outstanding group of global companies has been selected from a range of disciplines to help shape this game-changing new exhibition. The Security Event is proud to have support of its ten founding partners - Anixter, ASSA ABLOY, Avigilon, Comelit, Dahua, Honeywell, TDSi, Texecom, Tyco and Videcon. Comelit managing director Francesca Boeris commented: “Comelit are extremely excited to become a founding partner of The Security Event 2019. The events concept and UK focus aligns perfectly with Comelit’s aims moving forwards.” Notable Security Experts The Security Event will delivery exactly what the commercial security market has been waiting for" Andy Croston, Owner/Director at Videcon Ltd echos this sentiment, “As one of the first Founding Partners to come on board we saw the huge potential of this exhibition from the very beginning. We’re certain The Security Event will delivery exactly what the commercial security market has been waiting for”. As Dahua’s UK & Ireland head of operations Ben Perkins puts it, The Security Event “Gives Dahua the opportunity to get in front of the UK market.” The event has already created a buzz within the industry and is expected to welcome over 6,000 visitors across the three days. Along with notable security experts and respected industry bodies, the event will also host around 100 security brands, including the 10 founding partners. Engaging With Security Professionals For these companies to come on board as founding partners reaffirms the goals of The Security Event as a concept, with a vision to create a dedicated platform that levels the playing field, enabling exhibitors, installers and end users alike to reconnect. “We believe The Security Event is exactly what the UK security industry needs and are excited to come on board as a founding partner” says Gareth Ellams, ASSA ABLOY Group Sales Director. He continues, “At ASSA ABLOY, we are looking forward to the opportunity to engage directly with security professionals as well as end users, to present our solutions.” The Security Event is proud to host a tailored education program, featuring professionally accredited seminars, designed specifically for UK security professionals in the trade and their end users. Innovation Theatre To Host Seminars All ten founding partners will be welcomed into our Innovation Theatre hosting seminars on a broad range of disciplinesDelivered across three theatres, industry bodies, technology leaders and renowned experts will provide the latest industry developments and technology updates. As well as participating in the exhibition itself, all ten founding partners will be welcomed into our Innovation Theater hosting seminars on a broad range of disciplines. Location is of huge importance to The Security Event and was a key deciding factor for many of the founding partners also. Gordon Morrison, Sales Director, Access & Video, GB, Tyco Security Products recognizes that, “The opportunity to take an active role as a Founding Partner in an industry event at the location that so many of our customers consider ‘home’ was extremely welcome”. John Davies, TDSi Managing Director also says: “We look forward to meeting our partners and customers in the heart of the Midlands again in 2019.” Excellent Opportunity To Showcase Products The Security Event will be the first time a major security exhibition has been held at the NEC Birmingham for more than five years and many feel the NEC has always been the true home of UK Security. Texecom marketing director Clym Brown agrees: “We’re partnering with The Security Event because it gives us the chance to reconnect with our installer base in the Midlands and North of the country.” This event provides an excellent opportunity to showcase our security portfolio and enhance our relationships with installers"Mick Goodfellow, GM Honeywell Security EMEA also expresses his delight at joining: “This event provides an excellent opportunity to showcase our security portfolio and in a location that allows us to enhance our relationships with our installer base.” Connecting With Integrators Jarod Booth, Strategic Relationship Manager of Anixter shows his support “There is a gap in terms of opportunities to connect with integrators, end-users and installers outside of London and the South of England, and we feel that the location of The Security Event will help bridge that gap.” With 10 of the world’s most recognized security brands supporting the development and launch of the first edition, the industry can be assured that The Security Event will be the place to do business going forward. 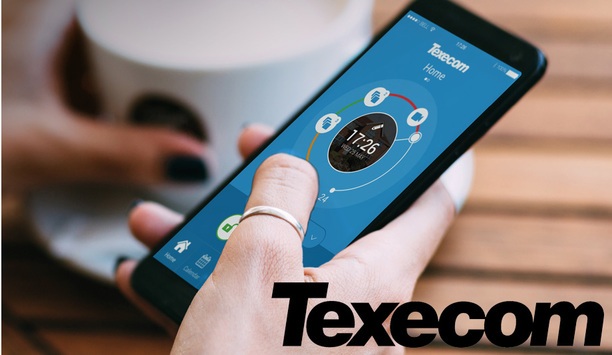 Texecom’s new connectivity platform, Texecom Connect, allows security installers to deliver enhanced smart solutions for both commercial and residential customers without compromising on core security principles. Premier Elite Control Panels With Texecom Connect, security installers are able to offer customers a secure system with the additional benefits of automation, smart management and flexible control, all from Texecom’s established and familiar Premier Elite range of control panels. The Texecom Connect concept is a very simple one. At its heart is a professional quality graded intruder alarm system that uses the proven Premier Elite range of control panels. Along with the intruder alarm system, security installers can offer a more immersive experience for the customer, allowing them to take control of the system, along with other peripherals such as video, lighting, power management and smart control of household appliances. Managing Intruder Alarm Solution Texecom Connect is compatible with all Premier Elite control panels, including legacy systems via a firmware update. Texecom Connect enhances Premier Elite alarm systems with the addition of an app, smart communicator and API. The Texecom Connect Appis designed to provide an environment where endusers actively want tointeract with their home Together these allow end users to engage with their intruder alarm solutions in an intuitive and flexible way, ensuring that advanced security, building control and site automation can all be managed easily and securely from any connected and authorized iOS smartphone or tablet device. For end users, Texecom Connect aims to transform the user experience. The Texecom Connect App is designed to provide an environment where end users actively want to interact with their home, enjoy the new possibilities that are open to them, and deliver the peace of mind that comes with knowledge and control. Tailored App Experience For security installers, Texecom Connect ensures that while smart functionality can be added to increase the value of the system, this does not impact on, nor compromise, the performance of the graded professional intruder alarm systems.Texecom Odyssey X3 illumin Commenting on the launch, Clym Brown, Marketing Director, Texecom Ltd said: “Texecom Connect introduces a choice of connectivity options to transform the user experience, enabling intruder alarm systems to deliver customer value every day. Texecom Connect uses technology to make people’s lives easier, not more complex. The Texecom Connect App has been carefully designed to allow end users access to an array of custom features, to tailor their app experience for their own personal and particular needs, without resorting to complicated programming.”