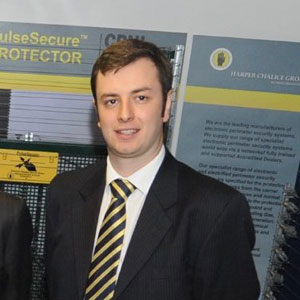 Chris Hackett is MD at Harper Chalice, a position he took up in January 2017. He has worked at the company since 2003 in a variety of roles, including General Manager, Finance & Operations Director and Finance Manager. 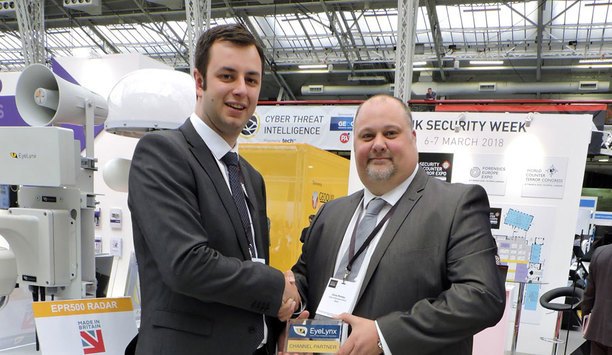 Two names in CCTV, electronic and electrified perimeter security have agreed a formal partnership to promote their integrated solution. SharpView Video Software Harper Chalice has signed an agreement to become EyeLynx Limited’s first official channel partner, under which EyeLynx has completed a bi-directional integration of Harper Chalice’s electronic and electrified detection systems into its iconic SharpView video recording and management software. Engineers at Harper Chalice, which recently converted to an employee-owned company, have been trained to operate the SharpView system and give training to the end user. Securing London Landmarks Harper Chalice MD Chris Hackett said: “This is a really exciting opportunity for us as we embarked on our plan to more than double our turnover in five years. “The partnership will enable us and EyeLynx to offer corporates, governments, and other security-conscious organizations one integrated solution to manage security and safety risks effectively throughout their enterprises.” SharpView has been used to secure some of the most recognizable landmarks of the London cityscape over the past decade, including The Shard, CityPoint and Broadgate Towers. Zaun Group subsidiary EyeLynx and Harper Chalice have collaborated on a number of high-security water installations and other utilities sites over the past two years.

Zaun and Harper Chalice cite their largest ever contracts as the springboard to growth and success Two Midlands security businesses have celebrated their greatest day in history, exactly four years on from the opening of the London 2012 Olympics. On 27 July 2012, Queen Elizabeth II officially opened the 2012 Olympic Games after apparently surviving a death-defying skydive with James Bond actor Daniel Craig as part of Oscar winning director Danny Boyle's Isles of Wonder opening ceremony. Wolverhampton’s Zaun and Coventry-based Harper Chalice cite their largest ever contracts as the springboard to the growth and success they now enjoy. Biggest Security Operation They helped make the 30th Olympiad the biggest security operation post-war Britain had ever mounted at a cost of £553 million and involving 10,000 police officers, 13,500 armed forces personnel – more than Britain had deployed in Afghanistan at that time – and 70,000 Games Maker volunteers. London 2012 was widely regarded a triumph.  It was the first Olympics where every participating country included female athletes; it enjoyed packed stadia and smooth organization; and the focus on sporting legacy and post-games venue sustainability was seen as a blueprint for future Olympics, including Rio 2016 that opens in next week. Olympics Legacy 'Legacy' and on-going community benefit was probably the key factor on which London secured the Games back in 2005 in the face of fierce competition from favorite Paris. London delivered that in spades, along with a boost to the economy and a genuine nationwide feel-good factor that arguably helped turn a faltering post-credit crunch recovery into sustained economic growth. The regeneration of east London has been spectacular.  Though many argue about whether the 2012 Games sparked a long-term sustained greater participation in sports and improved fitness levels to combat the obesity epidemic. "London's legacy has touched education, commerce, industry, culture, media, tourism, sport and a whole lot more" The world-class sporting facilities are also part of the legacy, but perhaps less obvious are the on-going contracts for British manufacturers and service providers, as enjoyed by Harper Chalice and Zaun, among others. Harper Chalice general manager and director Chris Hackett says: "As part of the pre-award process we had to install our systems alongside our competitors for trial and testing by the Government Security Services. "But the prize for winning was huge – 26 kilometres of PIDs and electric fencing at over 400 zones around the Olympic Park, that has formed the basis of the TriSecure complete perimeter protection system that we now provide today alongside Zaun to high-security utilities sites and others.” Zaun's Games Legacy Certainly, Zaun's Games legacy as the principal 2012 Olympics fencer keeps running and running. It has returned to the Olympic Stadium on several occasions, first decommissioning after the 2012 Paralympics, then reconfiguring and removing security fencing for last autumn's Rugby World Cup and most recently to prepare it as the new home of West Ham United Football Club and a national competition center for UK Athletics. The transformation included installing the largest roof if its kind in the world, a community track, innovative retractable seating, spectator and hospitality facilities and external landscaping. Commercial Success But the London legacy is about much more than just sporting venues.  Zaun has also provided fencing around the ArcelorMittal Orbit, the transformation of the 275m-long Olympic media complex into iCITY and innovative 'green' acoustic fencing panels for the Chobham Academy on the former Athletes' Village site. Zaun head of sales Chris Plimley concludes: "London's legacy has touched education, commerce, industry, culture, media, tourism, sport and a whole lot more. "We owe a large part of our commercial success to the Games and London showed how they could benefit an entire nation.  So I'm amazed more cities aren't getting on the bidding bandwagon once again.” Save

Martin will lead the development of sales for Perimeter Intrusion Detection Systems Leading UK manufacturers of electronic perimeter security systems, “Harper Chalice Group” have recently announced the appointment of Martin Head as UK Project Sales Manager. With almost 30 years’ experience in the electronic security industry Martin has held system sales roles with Chubb Systems, ADT, Link Integrated and Crimeguard. At Harper Chalice Group Limited Martin’s primary responsibility will be for leading the development of sales for Harper Chalice Group’s Perimeter Intrusion Detection Systems within the UK Utilities and other High Security or CNI applications. In welcoming Martin Head, Chris Hackett (General Manager - Director of Harper Chalice) commented “We are delighted to have Martin join our team at Harper Chalice Group. We are sure that his sales skills, knowledge and experience within the electronic security industry will be key factors in helping us to further develop the capability and profile of Harper Chalice Group as the UK’s leading major manufacturer of high quality electronic perimeter security solutions.”