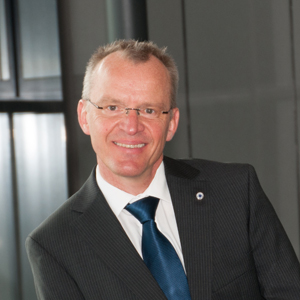 CEO for SimonsVoss Technologies, Bernhard Sommer is an engineer and business graduate. Sommer has successfully managed Somfy GmbH and is strongly identified with the success story of this world market leader in drive and control solutions for access, roller shutters and solar protection systems. 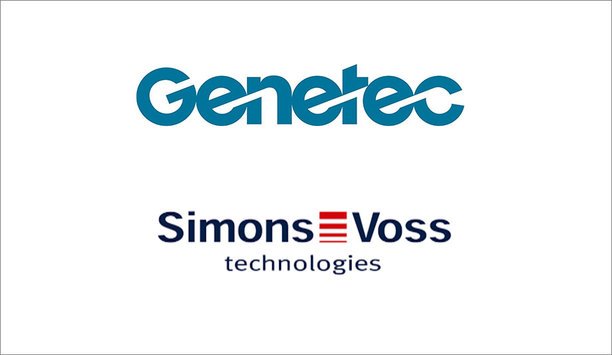 For systems integrators, this integration will offer a greater choice of industry-standard wireless electronic locks Genetec Inc. (“Genetec”), a provider of open architecture security and public safety solutions announces a technology partnership with SimonsVoss GmbH, a European manufacturer of electronic locks. Through this partnership, Genetec will be able to integrate the SimonsVoss SmartIntego Digital Locking Cylinder, Smart Handle and Padlock Wireless Locks with Genetec Synergis—the IP-based access control core system in Genetec™ Security Center, the company’s unified IP security platform. This will offer a cost-effective and scalable solution for a wide range of customers, including higher education, healthcare, retail and governmental institutions. Customers will be able to enroll SimonsVoss locks into their Synergis access control system with version 5.6 of Security Center, which is expected to be available in early Q2, 2017 through the Genetec Channel Partner Program. Cost Effective Solution With the cost of hardwired access control installation increasing, due to infrastructure complexity and compliance requirements, the ease and speed of installation of a wireless access control solution saves customers money. It also greatly enhances an organization's security for staff, visitors and property—both physical and intellectual. For systems integrators, this integration will offer a greater choice of industry-standard wireless electronic locks. Overall system design and deployment will be greatly simplified, allowing Genetec certified channel partners to leverage wireless locks and significantly reduce installation time and labor costs typically associated with hardwired solutions. Greater Choice In Access Control Hardware “We are thrilled to add the SimonsVoss brand to our expanding portfolio of supported locks," said Derek Arcuri, Product Marketing Manager, Genetec Inc. “Both companies will now be able to offer end-users and systems integrators a greater choice in access control hardware, whether for designing a new physical security system or updating an existing one,” added Arcuri. "The integration of our SmartIntego locks with the enterprise-class Synergis access control software from Genetec, will enable a scalable access control solution that meets today’s needs as well as provide an easy pathway to future upgrades," said Bernhard Sommer, Managing Director at SimonsVoss GmbH. When Synergis and SimonsVoss locks are deployed alongside Genetec video surveillance products, users will be able to view all their lock events and activities seamlessly linked with live or recorded video, giving security professionals a more complete, unified view of their organization’s security.

SimonsVoss CEO Bernhard Sommer will continue to lead the business Allegion, plc, a leading global security products and solutions provider, has agreed, through its subsidiary Allegion Luxembourg Holding & Financing S.à r.l, to acquire SimonsVoss Technologies GmbH from HgCapital. The transaction is expected to close in the third quarter of this year, subject to regulatory approvals. SimonsVoss, headquartered in Munich, Germany, is an electronic lock company with a leading position in the growing European electronic market segment. The company’s comprehensive suite of solutions for electronic access control is sold globally. As a strong brand that’s well-known for innovation, SimonsVoss brings a legacy of global experts and technical expertise in the safety and security business. SimonsVoss generated sales of approximately €52 million in 2014 and has approximately 275 employees. “SimonsVoss is highly complementary to Allegion’s portfolio and provides sound synergy opportunities,” said David D. Petratis, Chairman, President and CEO of Allegion. “By adding SimonsVoss to the Allegion family of brands, we are expanding our technical expertise and solidifying our global leadership in electro-mechanical convergence. We believe SimonsVoss has strong growth prospects and established channel partners in a number of international markets, allowing Allegion to expand its product offering, while Allegion’s demand creation capability will benefit the SimonsVoss brand.” SimonsVoss To Operate Within EMEIA Region Of Allegion Following the closing of the transaction, SimonsVoss is expected to operate within the EMEIA region of Allegion. SimonsVoss CEO Bernhard Sommer will continue to lead the business. Sommer said joining Allegion will provide the German company with exciting opportunities. “We are pleased with what we have achieved with the active support of HgCapital throughout our partnership. Allegion’s global footprint in both the commercial and residential security markets will help drive new growth opportunities for us,” Sommer said. “At the same time, SimonsVoss can contribute industry-leading technology to help Allegion develop more security solutions for unique customer needs. This is a great fit for both companies, and we look forward to joining the Allegion family.”

Zaplox’s strategy is teaming up with SimonsVoss to offer additional customer benefits & efficiency SimonsVoss is technology leader within digital locking and access control systems, with customers in many different lines of business. Zaplox mobile keys are now part of the SimonsVoss solution, an important and strategic partnership that opens up new markets in both Europe and Asia. ”We are very happy to have our mobile keys integrated in SimonsVoss’ lock solutions that are in the forefront of technological development. SimonsVoss provides locks to customers like arenas, museums, banks, public service buildings and schools, which now opens new commercial possibilities that we have prepared for. Our system has been in commercial use since 2011. It can support all locks and access systems and works on all smartphones, which means that it is extremely scalable”, says Magnus Friberg, CEO at Zaplox. For the customer, mobile keys make key management more efficient, cost- and time saving. The mobile key app is not only used for opening doors, but may also be customized with a lot of smart services. ”With the Zaplox mobile key inside, we improve the customer benefits of our solution and simply provide an even better product with clear added value and more technical and commercial advantages. This is of course also beneficial when we now put more focus on the hospitality market”, says Bernhard Sommer, CEO at SimonsVoss Technologies GmbH. Zaplox’s strategy is to team up with lock providers, hotel system providers and access system providers and offer them to integrate the mobile key system: ”SimonsVoss is an important partnership for us and fully aligned with our partner strategy, where our system makes it possible for our partner to offer additional customer benefits and efficiency”, concludes Magnus Friberg.

Epoc Messe Frankfurt has reported international interest in the Intersec 2015 trade fair The world's premier safety and security exhibition expects stronger than ever turnout as global players converge in growing market. A record turn-out of safety and security companies from Germany, UK and the USA will be at the forefront of international participation at Intersec 2015, as the three-day event nears sell-out three months ahead of opening its doors for the 17th time. Organiser Epoc Messe Frankfurt has reported unprecedented international interest in the world’s largest safety, security, and fire protection trade fair; exhibitors have already snapped up 90 per cent of the exhibition space, underlining the positive sentiment in a region which is among the fastest growing security markets in the world. Taking place from 18-20 January 2015 at the Dubai International Convention and Exhibition Centre, Intersec will spread over 51,000sqm, an increase of 15 per cent over the 2014 edition. All 13 country pavilions at Intersec 2015, which will include those from Germany, UK, USA, Canada, China, Hong Kong, India, Italy, Korea, Pakistan, Singapore, Taiwan, and the UAE have been sold out. The largest ever German Pavilion at the three-day event will feature 48 companies while 12 standalone companies will also take part, including ABS Safety, Advancis, Bosch Security Systems, Draegerwerk, NSC, and SimonsVoss Technologies. Bernhard Sommer, CEO of SimonsVoss Technologies, said: “Security is the major concern worldwide, and the Middle East is one of the fastest growing regions in the world in this respect.” “Since there is a huge demand from the Middle East for higher levels of security, we will ensure that our customers and partners get the latest technology and the best service and support.” "The growing need forintegrated security andbuilding management solutionsin the Middle East is drivenby smart or safe city concepts" Adding further weight to the significance of the regional market was David Teppe, General Manager of Advancis Middle East, which specialises in Physical Security Information Management (PSIM) – a software platform that integrates several non-connected security systems, controlling them by a comprehensive user interface. “The growing need for integrated security and building management solutions in the Middle East is driven by smart or safe city concepts,” said Teppe, whose organisation will deliver live presentations of its brand new PSIM WinGuard platform at Intersec 2015. “Security requirements are steadily rising, particularly for broad video surveillance in large cities, in busy transport areas, and for large events. The MENA region is one of the most thriving PSIM markets in the world and our annual sales increased by 250 per cent in 2013.” The nearly 100 companies on board the UK Pavilion at Intersec 2015 and 75 individual exhibitors represent the largest ever participation for UK companies at any industry trade fair outside of Britain. Top UK companies featuring early next year include GJD; Pyronix; Vista; Advanced Electronics; Fire Fighting Enterprises; Eurotech Fire Systems; JSP; Alpha Solway; Scanna MSC; Adams Electronics; Redtronic; IDIS Europe and Smiths Detection. Meanwhile, major American players will also be out in full force at Intersec 2015; 30 companies at the USA Pavilion along with 21 standalone exhibitors will ensure that the more than 26,000 visitors will be treated to the latest innovations in fire protection, commercial security, and Homeland Security & Policing. "The record levels ofinternational growth andparticipation at Intersecconfirms that the MiddleEast safety and securitymarket is vibrant" Among the headline American companies are Honeywell, Flir Systems, Anvil, Martech, Mueller, Spectrex, Task Force Tips, Vigitron, and Oshkosh, which will launch its Global Striker 6x6 Airport Fire Fighting Truck during the dedicated trade show. Bassam Munem, Senior Regional Manager of International Sales at Oshkosh, said: “In light of major events such as the Dubai Expo 2020, and increased in government expenditure on infrastructure projects, there is renewed demand for fire trucks across various applications. We expect a sizable business growth in 2015 as a result.”Tips, Vigitron, and Oshkosh, which will launch its Global Striker 6x6 Airport Fire Fighting Truck during the dedicated trade show. Held under the patronage of His Highness Sheikh Mansoor bin Mohammed bin Rashid Al Maktoum, Intersec will feature more than 1,300 exhibitors from 50 countries, 300 of them making their debut. The three-day event focuses on the five core areas of Commercial Security; Information Security; Fire & Rescue; Safety & Health; and Homeland Security & Policing. “The record levels of international growth and participation at Intersec confirms that the Middle East safety and security market is vibrant, holding enormous potential for further development,” said Ahmed Pauwels, CEO of Epoc Messe Frankfurt. “As the region continues to evolve and new security challenges develop, interactive platforms like Intersec have an important role in driving discussion on key issues, highlighting new products and developments and fomenting innovative solutions in the industry.” Intersec 2015 features an enlarged conference line-up covering Fire Safety; Information Security; Commercial Security; Disaster Management; Occupational Safety and Safety Design in Buildings. It is the largest and most international trade fair of Messe Frankfurt’s global network of security and safety exhibitions, which include: Secutech India, Secutech Taiwan, Secutech Thailand, Intersec Buenos Aires, Secutech Vietnam and Seguriexpo Buenos Aires.