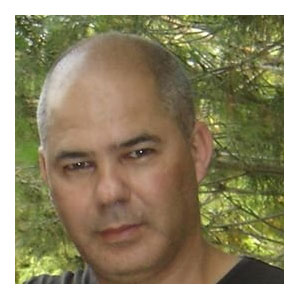 Yossi Atias is a technology executive. He has a passion for early stage technology companies and has been involved in several SU as executive and founder. He is the Founder and CEO of: dojo-labs, PeekRTC and Executive at Volle, Jajah, PeerApp. He has completed his education from Ben Gurion University. 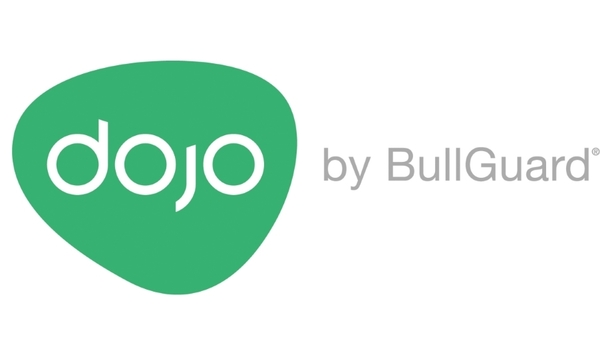 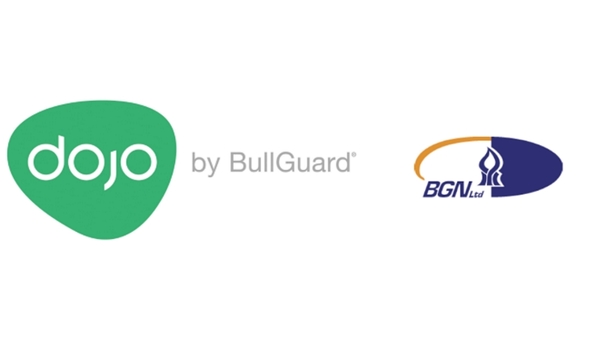 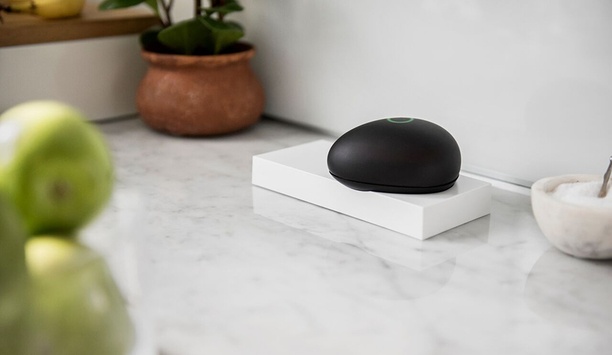 BullGuard, the consumer cybersecurity company announces the official launch of Dojo by BullGuard, the world’s most comprehensive smart home cybersecurity solution. Dojo is the only consumer cybersecurity product built from the ground up as an enterprise-grade, network security service for the smart home. There are billions of connected Internet of Things devices on the market today – from smart alarms, thermostats, baby monitors, smart appliances, lighting, locks and more. Dojo by BullGuard is built to protect them all. Available exclusively in the United States at launch (with the UK launch to follow), Dojo by BullGuard retails for $199 USD, including the first 12-months of service, and is available for purchase online at Amazon, BestBuy, and on shelves in brick-and-mortar BestBuy stores nationwide.  “Dojo by BullGuard is the cornerstone of a smart, connected home. It safeguards consumers’ privacy and protects their entire home network, but is also delivered in a way that is extremely easy for them to set up and use,” said Paul Lipman, CEO of BullGuard. “A smart home can quickly become a fool’s paradise when IoT devices are not properly secured. Dojo seamlessly protects the privacy and security of a consumer’s data, devices, home and family by monitoring the home network 24/7 against cyber threats. No other product provides the unrivaled deep multi-layered levels of protection as Dojo.” BullGuard Dojo Features Dojo by BullGuard provides enterprise-grade, multi-layered security software capable of handling a wide range of cybersecurity threats, with a major focus on protecting smart home devices. The Dojo by BullGuard smart home cybersecurity solution includes: Dojo (hardware): A sleekly designed ‘pebble’ that is easy to set up and free to move about the home while its dock remains connected to the Wi-Fi router. The Dojo pebble illuminates rings of light when suspicious or malicious activity is detected on the user’s Wi-Fi network. Yellow rings indicate that a risk has been detected and automatically mitigated, while red rings of light indicate that an action must be taken in the Dojo smartphone app. Green rings of light indicate that the user’s network is secured and their privacy is intact. Dojo smartphone app (iOS and Android): Allows consumers to interact with the Dojo pebble via a simple, intuitive messaging interface, which grants them visibility and control of their Wi-Fi network and connected devices and informs them of potential cyber threats. Dojo Intelligence: Dojo’s cybersecurity engine provides a tailored security policy for each device on the home Wi-Fi network. This policy is enforced by the Dojo device, which constantly monitors and mitigates both internal and external attacks. Dojo’s cloud-based platform utilizes highly sophisticated artificial intelligence (AI) and machine learning, continuously analyzing device and service patterns to protect a consumer’s privacy even better over time. The more Dojo familiarises itself with a home’s smart devices, the smarter it becomes in detecting and mitigating cyber-attacks and privacy breaches. “Many IoT devices are notoriously insecure and it is relatively easy for hackers to exploit their vulnerabilities,” added Yossi Atias, General Manager, IoT Security of BullGuard. “We’ve seen major privacy breaches in recent months caused by compromised devices, including Mirai, the largest ever DDOS attack launched from an IoT botnet, smart TVs hacked by the CIA, and even smart Teddy Bears go from cuddly to creepy. Device manufacturers often sacrifice security for speed to market and consumers are unwittingly paying the price. Dojo solves the IoT security conundrum and protects every smart home device to ensure security and privacy.” Future Of IoT Devices According to a recent report from Gartner, Inc., the number of connected IoT devices is forecast to reach 8.4 billion by the end of 2017 – up 31 percent from 2016 – and reach 20.4 billion by 2020. The Internet of Things market is growing at an exponential pace and with that growth comes an increased risk of cyber-attacks. In a recent survey of 2000 U.S consumers conducted by BullGuard about IoT device adoption, nearly 70 percent of consumers said they have concerns about privacy invasion, and 23 percent stated that they lack the technical ability to secure their smart home devices. Dojo by BullGuard makes it easy for consumers to protect their privacy and their family by seamlessly monitoring and protecting all of their smart home devices against all cybersecurity threats.

Dojo by BullGuard detects and protects all smart home devices from all cyber threats BullGuard, a consumer security company that recently acquired smart home security pioneer, Dojo Labs, will showcase Dojo by BullGuard, a comprehensive smart home cybersecurity solution at Mobile World Congress Barcelona from 27th February - 2nd March, 2017. Recently honored with the prestigious Good Design Award in the Safety and Security Category, Dojo by BullGuard will begin shipping in April 2017 and will retail for $199 USD, including 12-months of service. Protection Against Cyber-Attacks Smart home devices are notoriously insecure, and it is relatively easy to exploit the vulnerabilities of millions of them – from smart alarms, thermostats, baby monitors, lighting, locks, and more. The Internet of Things market is growing at an exponential pace, with Gartner forecasting the number of connected devices to reach more than 21 billion by 2020, and with that growth comes an increased risk of cyber-attacks. Dojo By BullGuard Smart Home Solution Dojo by BullGuard is the only connected home cybersecurity product that is built from the ground-up as an enterprise-grade network security service for the smart home. It seamlessly protects the privacy and security of a consumer’s data, devices, home, and family by monitoring the home network 24/7 against cyber threats. It stands out from similar products due to the sweeping levels of comprehensive protection it offers. No other smart home security product provides the same deep multi-layered levels of protection. The Dojo by BullGuard smart home cybersecurity solution includes: Dojo (Hardware): A sleekly designed ‘pebble’ that is easy to set up and free to move about the home while its dock remains tucked away with the router. Rings of light on the Dojo pebble illuminate red, yellow, or green when activity is detected on the user’s network. “Most people don’t consider a security solution until after their information has been hacked and their privacy violated” Dojo smartphone app: Allows users to interact with the Dojo pebble via a simple, intuitive messaging interface that prompts them to allow or block network activity and informs them of potential cyber threats. Dojo intelligence: Cyber security engine powered by highly sophisticated artificial intelligence (AI) and machine learning technology. Dojo provides a tailored security policy for each device on the home network, enabling constant monitoring and mitigation of both internal and external attacks. It also provides enterprise-class intrusion detection and prevention to identify and block real time attacks, a smart firewall, and encrypted web access to smart devices. Its cloud-based platform continuously analyses device and service patterns to protect a consumer’s privacy even better over time. The more it familiarizes itself with a home’s smart devices, the smarter it becomes in detecting, defending, and mitigating against cyber threats and privacy breaches. Seamless Monitoring “Most people don’t consider a security solution until after their information has been hacked and their privacy violated. We’ve recently seen major privacy breaches caused by compromised devices, including the largest ever Distributed Denial of Service (DDOS) attacks launched from an IoT botnet,” said Yossi Atias, General Manager IoT Security of BullGuard. “We created Dojo by BullGuard to make it easy for consumers to safeguard and protect their privacy and their family by seamlessly monitoring and protecting all of their smart home devices against security breaches 24/7.”

The Internet of Things has moved rapidly from an early adopter market into the mainstream, but it has introduced new security concerns BullGuard, a European consumer security company, announces that it has acquired Dojo Labs, an innovator in consumer internet of things security. Together, the companies will redefine how security is delivered for consumers and small businesses. Terms of the transaction were not disclosed. Powerful Home Network Security Named a cool vendor in the connected home by technology research company Gartner earlier this year (“Cool Vendors in the Connected Home, 2016”), Israel-based Dojo Labs has developed a highly innovative offering that includes powerful home network security technologies, managed through an easy-to-use mobile app, coupled with a cloud-based platform that utilizes proprietary machine learning algorithms to detect and block threats and anomalies. Addressing The Need Of Securing Devices “More than 4 billion consumer devices are connected to the internet today, and this number is growing exponentially. Until now, the security and privacy of these devices has been essentially non-existent, leaving our most precious data and possessions exposed,” said Paul Lipman, CEO at BullGuard. “BullGuard and Dojo share a common vision for solving this critical market need, and for delivering the products our customers need to keep them safe”. The Internet of Things has moved rapidly from an early adopter market into the mainstream, but in doing so has introduced a range of new security concerns for consumers. Recent BullGuard research highlighted the scale of the problem and the concerns that many people have about the security of their connected devices. 66% of UK survey respondents said they are highly concerned about the security of connected devices, while 72% do not know how to secure them properly. In the US, 58% expressed security concerns while 61% said they don’t know how to secure their IoT devices. Smart Homes “The transformative promise of smart homes can only be truly realised once the security problem has been solved,” said Yossi Atias, Dojo Labs co-founder. “I am delighted to be combining forces with BullGuard at this pivotal juncture in the evolution of our industry. “BullGuard’s promise to our customers is that we keep it simple and we keep you safe, for which we’ve been recognized in our recent sweep of prestigious national awards” continued Lipman. “With the acquisition of Dojo Labs we look forward to delivering the highest level of protection to our customers across their entire connected lives.” Save