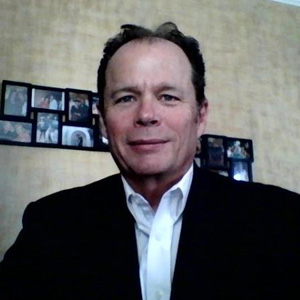 John Borman is Channel Business Manager for the Gulf Region. He started at Milestone in November 2014 as a Distribution Channel Manager for the East Region. Most of his 25+ years of professional experience stem from channel management with security integration firms, end users, and A&Es, in prior positions with Honeywell and Protection One. He lives in Raleigh, NC. 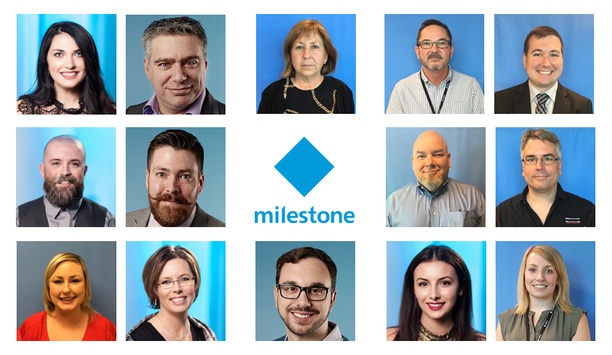 Milestone Systems is a provider of open platform IP video management software (VMS), and its success calls for continued development of personnel. Internal communications, training for both management and employees, and award programmes have increased in focus. To expand Milestone’s support of its active partner community, this year has already seen the hiring of new resources, and organizational developments have evolved numerous positions for well-deserved internal upward movement. New Milestone Employees Michael Gaul joined Milestone in July as Milestone Americas Senior Support Manager. He has been in the IT sector for over 20 years with IT leadership roles for over 13 years, most recently as the CIO for a regional health system. Over his career, he has led IT technical support teams for both internal and external customers and managed budgets of more than $16 million. Gaul reports to Milestone Director of Technical Services Mike Sherwood, who said: “We are excited to have Michael’s guidance and wisdom in our technical leadership team to continue supporting Milestone’s record-setting growth.” Other new employees in Milestone include Sebastien Robitaille, who has been hired as Senior Software Engineer for Custom Development, and is based out of Montreal, Canada. He has more than 15 years of expertise with enterprise solutions. Robert Bridges is a new Milestone Solutions Engineer working from Kansas City, Missouri. He brings with him a wealth of knowledge in the physical security space and Milestone-specific knowledge from his time spent at Johnson Controls in Lenexa, Kansas. Robert spent the last two years working as a Sales Engineer for Hikvision, the prior 4 years at JCI as a Systems Designer, 3 years at Christie Digital Systems and 9 years with Siemens Building Technologies. Previous Security Industry Experience Organizational developments have evolved numerous positions for well-deserved internal upward movement Russell Beideman has been hired as Channel Business Manager - East Region, covering a newly created NY/NJ territory. He joins Milestone most recently from Aiphone, where he grew the business dramatically, creating a new vertical market expertise for the company with property management firms in NYC. He started in the security industry at CSC as an account manager representing new technology to end users, contractors, and security integrators, quadrupling their business in two years. Russell is also a published science fiction author, and his books can be purchased on Amazon in paperback or e-book. He holds a bachelor’s degree in Earth Sciences and resides in northern New Jersey. Diane Rivera has signed on as Milestone Contracts Manager, located in the Beaverton, Oregon, office. She has over 20 years of experience in developing, reviewing and negotiating agreements for Resellers, Distribution, GSA, federal and state government contracts, Professional Services, NDAs and MOUs. Diane has worked for DAT Solutions, Xerox and Tektronix, and she was a prosecutor for the City of Beaverton. She holds a JD from Southern Illinois University, and a BA in Sociology and Economics from Marquette University. Diane is a licensed attorney and a current member of the Oregon State Bar Association. Promoting From Within High Performers Ish Ishkhanian has been promoted from his previous position as Solutions Engineer in Canada to Pre-sales Manager, Americas. He has been with Milestone Systems for seven years. Jared Tarter is now a Milestone Senior Solutions Engineer - Technical Team Lead, based in the Beaverton office. He has also been with Milestone Systems for seven years. John Welch has stepped up to Senior Solutions Engineer and moved to Oregon as his new home location between travels. Steven Moore’s new title has changed to Milestone Solutions Engineer, promoted from Technical Services Engineer, and he works from Orlando, Florida. "We have a strong focuson the company values of Reliability, Openness, Independence, Flexibilityand Innovation" John Borman is now Channel Business Manager - Gulf Region. He joined Milestone almost 3 years ago as a Distribution Channel Manager for the East Region. Most of his 25+ years of professional experience stem from channel management with security integration firms, end users, and A&Es, in prior positions with Honeywell and Protection One. He lives in Raleigh, NC. Nicole Goodman was named Team Lead, Partner Activation, moving from Sales Support Specialist. Jutta Lynn was promoted to Manager, Partner Activation, from Senior Sales Support Specialist. Christina Hampson rose to Manager, Partner Service & Sales Support, Americas, Team Lead. Jessie Benton and Pia Droessiger are both now Sales Support Specialists in the Partner Service & Sales Support team, hired full time from temporary positions. Reliability, Openness, Independence, Flexibility and Innovation “Milestone’s fast growth includes hiring new people and promoting from within our high performers. We have a strong focus on the company values of Reliability, Openness, Independence, Flexibility and Innovation combined with our ‘One Passion to Win’ initiatives. These both motivate and expand the employee experience in Milestone – just some of the reasons why we were voted a ‘Best Company to Work For’ in Oregon this year,” said Rachelle Basaraba, Human Resources Manager, Milestone Systems - Americas. Milestone Systems will be at ASIS 2017, at Booth 3945, in Dallas September 26-28.

Kevin specialises in high-end systems integration and design with a passion for solving security challenges Milestone Systems, the open platform company in IP video management software (VMS), announces Kevin Tart as the new Channel Business Manager for the Southeast Region of the U.S., taking over from Jana Sherer who is now Distribution Channel Manager along with John Borman. Kevin Tart is based out of Atlanta, Georgia, and reports directly to Tracy Little, Milestone’s National Sales Manager for the Eastern U.S. region. Jana Sherer and John Borman report to Milestone Americas Distribution Manager Shane Loy. Kevin specializes in high-end systems integration and design, with a passion for building strong customer-to-vendor relationships and solving unique security challenges. Before joining Milestone, he was Southeast & Mid Atlantic Regional Sales Manager - Surveillance with Pivot3. Pivot3 is a Milestone Solutions Partner whose storage solutions are designed specifically for the high network demands of IP video surveillance. Prior to that, Tart was Senior Enterprise Sales Executive at Siemens Industry, developing and managing enterprise-level accounts. In 2012, he earned his Certification in Counter Terrorism Vulnerability with the U.S. Department of Homeland Security. “Kevin’s ability to develop solid, lasting relations with clients aligns perfectly with our reputation of consistently raising the bar to meet our customers’ needs,” says Mike Taylor, Director of Sales, North America, Milestone Systems. “His experience leading top performers in the surveillance industry and his track record of exceeding sales expectations with high margins will be great assets as we work toward achieving our growth goals for 2015 and beyond.” Support For Distribution Partners Milestone is also ramping up engagement and support for its Distribution Partners. Jana Sherer has moved from her role as the Southeast Channel Business Manager to Distribution Channel Manager, and John Borman leverages his industry expertise from previous employment at CBC America Corporation where he sold analog and IP imaging solutions to distributors, resellers and end users. Prior to that he was at Honeywell Security as well as Vector Security. John and Jana are responsible for developing and executing such distributor business activities as branch level training, vendor days, “lunch and learns” and the roll out of defined branch-specific marketing programs. Shane Loy, Americas Distribution Manager at Milestone Systems says: “Jana and John bring a great wealth of knowledge and many years of experience to our Distribution Channel Managers team. We are excited to have them both leading our newest effort in Milestone’s long history of superior partner programs, to be more fully involved in the day-to-day activities of the branch and local distribution offices - resulting in quicker responses, higher satisfaction and ultimately more business. This new level of support reinforces Milestone’s commitment to our distribution partners and will help to ensure our long-term mutual success.”