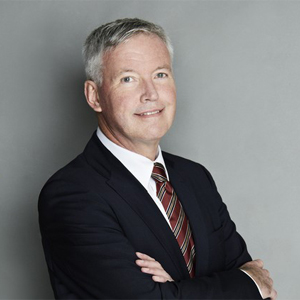 Gregor Lehnert is President of the Federal Association of the Security Industry (BDSW).

Gregor Lehnert, President of BDSW and Dr. Markus Heering, MD of VDMA were elected as Vice-Chairmen The Advisory Board for the Security Essen Fair has elected the Chairman of the Board of the Federal Association for Security Technology (BHE), Norbert Schaaf, as its new Chairman. Thus, a successful partnership is being continued even further. Because: BHE has been a companion and patron of the world's leading fair for security and fire prevention in Essen since its inception. Interest In All Aspects Of Security "For over 40 years, we have been en route together in matters relating to security. I am glad to continue this successful work even further in my new function as the Chairman of the Advisory Board for the Fair and to prepare Security Essen for the future in the interests of all the security suppliers and people responsible for security," according to Norbert Schaaf. Gregor Lehnert, President of the Federal Association of the Security Industry (BDSW), and Dr. Markus Heering, Managing Director of the Security Systems Association in the German Engineering Federation (VDMA), were elected as the Vice-Chairmen. Messe Essen sees a positive signal in this election result. "With our Advisory Board and, above all, with BHE and Norbert Schaaf, we have the entire competence of the sector behind us. Thus, our joint matter of interest relating to all aspects of the subject of security is well-positioned for the future," according to Oliver P. Kuhrt, CEO of Messe Essen. The Global Market For Security Is Booming The Advisory Board rated the economic situation in the security sector as absolutely positive. No matter whether the digital networking of existing systems, protective facilities for private properties or the safeguarding of refugee accommodation - a lot of fields are characterized by strong growth potential. That is also reflected in the registration level of Security Essen: Over 1,000 exhibitors are expected on the occasion of the world's leading fair for civil security from September 27 to 30 - the current registration level is well above that of the last event.