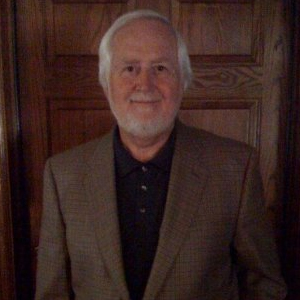 G. Thomas Eggebrecht is President and CEO of Bonds Alarm Co. He is also Vice President of the Electronic Security Association. 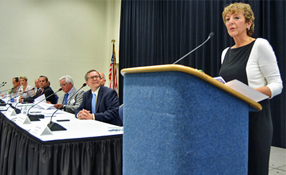 Angela White was sworn in as President-elect of ESA at the ESX show in June and will take office July 1 The Electronic Security Association (ESA) wrapped up its annual ESX conference June 8-10 at a new location in Fort Worth, Texas, with keynote speakers, educational sessions, networking events, exhibitions, awards and the installation of new officers. Logging its ninth year, ESX is jointly owned and sponsored by ESA and the Central Station Alarm Association (CSAA). This year’s show hosted some 2,000 security industry companies and personnel as well as central station owners, while some 200 exhibitors participated. Marshall Marinace, outgoing President and Chief Executive Officer of ESA and the President of Marshall Alarm Systems Corp., Yorktown Heights, New York, received one of the association’s highest accolades, named as the 2015 Morris F. Weinstock Person of the Year. ESA Welcomes Four New Board Members In addition, ESA installed Angela White as the 2016-2018 president. White, who is an equity partner and the Executive Vice President of Central 1 Security in Brookfield, Wisconsin, is currently Vice President, President-elect of ESA and will take office July 1. Other board members elected include: Vice President Tim Creenan, Chief Executive Officer of Amherst Alarm, Amherst, New York; Vice President Chris Mosley, President of Complete Security Systems Inc., Marlboro, New Jersey; Vice President G. Thomas Eggebrecht PhD, President and Chief Executive Officer of Bonds Alarm Co., Phoenix; and Secretary Jon Sargent, Industry Relations/Government Affairs, Tyco Integrated Security, Hayward, California. In addition, Ken Nelson, Vice President of OEM sales for Interlogix, Lincolnton, North Carolina, was re-elected to a two-year term as an associate member representative. Marinace will continue to serve on the Executive Committee for two years as immediate past president. “I look forward to focusing on the full deployment and success of the programs and initiatives ESA has embarked upon over the last few years”, commented ESA President, Angela White Impressive Industry Credentials White is a 30-year veteran of the electronic security industry whose background includes positions as installer, service technician, sales, general management and company owner. She also was the founder and previous owner of Pro-Tech Systems of Vermont, where she co-authored state licensing as the president of Vermont ESA. White says no other event comes close to providing the inclusive professional experience of ESX. “ESX remains a personal event that gives dealers direct access to vendors and allows for one-on-one discovery of new products and solutions," says White. "The ESX Innovation Awards and TechVision Challenge have really gained momentum over the last couple of years, and that is evidence of the vibrant ecosystem that the show creates within the channel. I left ESX inspired and excited about where our industry is headed and what that means for my business." As president, White says she will focus on the future of the organization and continuing its legacy. “ESA has an incredibly strong foundation that was constructed by the diligence of those who proceeded me," she adds. "In collaboration with other team members and our professional partners, I look forward to focusing on the full deployment and success of the programs and initiatives ESA has embarked upon over the last few years. Specifically, these include enhancements to the quality training and insurance solutions we provide along with the ESA mentorship program and workforce development project for the industry. "ESA has dramatically raised the bar as it relates to the value delivered to members, and we will continue to do so. This will ensure continued success as the number one trade association in our field. In addition, the inclusion of our rising leaders for new ideas, energy and vision will position them for leadership roles within ESA and our industry and will provide current leaders comfort in knowing that the association will thrive.”