Günter Grundmann is the Head of Security Laboratories at VdS. 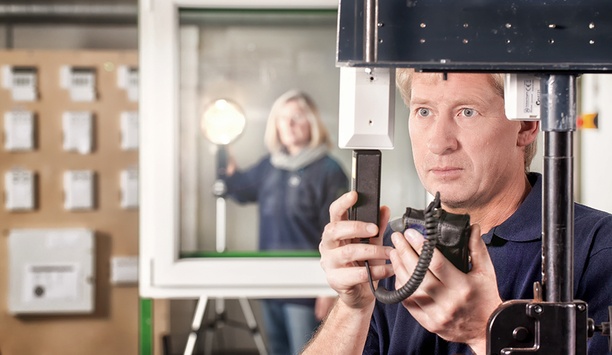 The VdS-concept for the important minimisation of false alarms by intruder alarm systems has been standard in Germany since the 1970s. The additional security factor referred to as “Coerciveness” is now also adopted in the upcoming part 12 of the EN 50131 series of standards. False Alarm Protection One important criterion for the successful use of Intruder Alarm Systems (IAS) is not only the rapid detection and alarming in the event of imminent disaster, but also the so-called false alarm protection. Ultimately, the inadvertent triggering of inferior systems has extremely negative effects on the reactions of the surroundings as well as the connected security and safety services. Logically, the fourth alarm in a row, which is then genuine, no longer receives the necessary attention. VdS, Europe's largest institute for burglary protection, has successfully tackled this core problem for decades with the concept of “Coerciveness”. "A VdS-approved Intruder Alarm System can only be armed from the outside" “A large proportion of false triggering is caused by human error during the entry or access of the monitored area – by the Intruder Alarm System operators themselves,” explains Günter Grundmann, head of the VdS-Laboratories for Electronic Security Technology. “We ensure the vital minimisation of these false alarms among other things. A VdS-approved Intruder Alarm System can only be armed from the outside. To re-enter the secure area, the authorized person must first disarm the IAS. Otherwise, the access is prevented by an additional electromechanical element, a so-called blocking device. A very simple but effective principle.” Despite the initially increased costs for the IAS installation, the minimisation of unwanted alarms over the entire life cycle of the system leads to high cost savings. In addition, the tried and tested VdS concept ensures that all monitored windows, doors, etc., are closed before it can be armed. Thus, a costly obligation breach of the insurance contract by, for example, tilted windows can be ruled out and excluded. Globally Valid IEC Standard These “Coerciveness” mentioned VdS-requirements for the arming of the systems have been firmly established in Germany since the 1970s. In the EU guidelines for IAS, EN 50131-1, this procedure, which was also required in the connection conditions of the German police, was previously listed but not specifically required. This will now change: the responsible body, CENELEC (European Committee for Electrotechnical Standardization) has adopted “Coerciveness” in its technical specification TS 50131-12, the pre-cursor of a European standard, as a “best practice”. The working group also formulated specific product requirements based on VdS-Guidelines. In addition, the TS will probably also be used as a globally valid IEC standard. Grundmann says: “Thanks to the VdS experts and all the partners who con-tribute their expertise in our guidelines – like so much other VdS support, your qualified elaborations in the area of alarm arming have now been adopted into the European Security Standards.”

Fingerprints are formed by the so-called friction ridges on our fingertips. These characteristic lines in the skin are unique for every person and even for each finger. Thus, they are also suitable for the actuation of security techniques. Locks which can be opened by fingerprint, a few years ago exclusively known from Hollywood spy films, are now increasingly catching on also for corporate and home doors. One of the main reasons: people cannot forget their fingers, and the well-known regular key search through the whole house does not apply to the use of fingerprint locks. Of course questions about safety and reliability arise for each user of such systems. Therefore VdS, Europe's number one Institute for security, has developed guidelines for the safe design of biometric recognition methods (VdS 3112) in close collaboration with researchers and manufacturers.A new development of the company BKS in Velbert/Germany, a company of the Gretsch-Unitas Group,  now has the first world's first fingerprint-actuated locking system to receive the approval according to the new VdS 3112. GU-Secury Automatic Meets VdS Requirements "It's a good feeling to be able to support our customers also in testing innovative technologies quickly and effectively," Günter Grundmann, Head of Security Laboratories at VdS, states. "This newly recognized `GU-Secury Automatic´ meets all proven VdS requirements for locking systems in terms of operational safety and reliability. Even fingerprint forgeries or adverse environmental conditions such as cold or humidity are no problem." Harald Gillessen, Product Manager at BKS, emphasises: "Due to a market-unique combination of the multi-point lock, data transfer and control of the door by fingerprint scanner or code keypad, the GU-door concept sets standards for greater safety and convenience. The comprehensive VdS tests have proven that our `GU-Secury Automatic access controlled´ provides optimum resistance to all burglar methods. We are very pleased to now be able to clearly verify the reliability of our new development with the VdS quality seal."