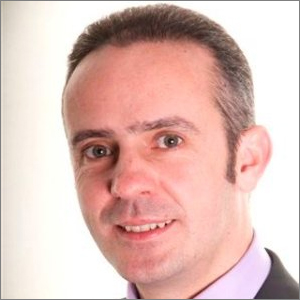 Don Tait is a Senior Analyst with IHS Digital ID & IT Security Group, where he specializes in the areas of smart cards, payment and banking cards, NFC, contactless credentials, Mobile Wallet and Chip-to-Cloud Security.

IHS Technology predicts strong growth for smart cards despite the SIM card market remaining flat The total market for smart cards is forecast to grow from an estimated 8.8 billion shipped in 2015 to almost 11.9 billion in 2020, despite the fact that the SIM card market is expected to remain relatively flat over the next five years. Which Vertical Markets Are Driving Growth? The key end-user sectors leading growth over the next five years include payment and banking, e-government and healthcare and transportation. There is also a trend toward multi-application cards and mobile devices in these three sectors. Multi-Application Cards On The Increase Other trends affecting market growth include the following: multi-application cards and mobile devices are projected to be drive growth in the transportation, payment and banking, e-government and healthcare sectors. There is still good growth potential in payment and banking cards and in e-government sectors, despite the trend toward multi-application credentials, which could have a detrimental impact on the demand for smart cards. Security Within this increasingly connected world, the demand for securing interactions is paramount, and smart card suppliers still have a key role to play in this ever-converging world. Industrial, automotive, power generation and distribution are just some of the applications that now require security. Customers in these markets need easy-to-implement security solutions that seamlessly integrate their current applications, systems and processes. Other Form Factors And Key Challenges Secure form factors will evolve and become more diverse, which will present challenges to companies competing and potentially entering the smart credential market. One of the key objectives for suppliers is to offer secure and ubiquitous mobility solutions to people and devices, with a focus on convenience customer experience and optimizing costs.

Global Unit Shipments Of Smart Cards Expected To Rise by 2.1 Billion From 2014 According To IHS Technology

IHS states Smart card shipments in 2019 will rise to 10.9 billion units, up from 8.8 billion in 2014 Global unit shipments of smart cards are expected to rise by 2.1 billion from 2014 through 2019—about equal to the combined populations of China, the United States, Indonesia and Brazil, according to IHS Technology. Smart card shipments in 2019 will rise to 10.9 billion units, up from 8.8 billion in 2014, as shown in the attached figure. To put this in perspective, the number of smart cards shipped in 2019 alone will allow each of the world’s 7.6 billion projected inhabitants to obtain 1.4 smart cards during the year. “The key end-user sectors that will drive growth over the next five years include payment and banking, e-government, and healthcare and transportation,” said Don Tait, senior digital & ID market analyst at IHS. “The market will expand despite declines in subscriber identification cards (SIM), which are used in mobile phones. Slowing growth in mobile phones will cause SIM card shipments to flatten or decline.” Asia gets smart Asia plays a key role in driving growth of the overall smart card market. Undoubtedly countries like China, India and Indonesia will be crucial to the overall health of the smart card market over the next five years. Moreover, electronic passports are contributing particularly high volumes for the Asian market. In fact, the Asia-Pacific region accounted for the highest number of ePassport shipments in 2013. Staying on the growth track A potential threat to smart card growth within the payment and banking, e-government, and healthcare and transportation sectors is the trend toward multi-application cards and mobile devices. Multi-application cards combine multiple functions onto a single device, reducing the need for multiple cards and cutting down shipments. Mobile devices such as smartphones increasingly are incorporating devices like Near Field Communication (NFC) chips, which perform electronic commerce and other functions that compete with smart cards. However, IHS believes that despite the trend toward multi-application cards within the three sectors, enough growth potential exists to offset the drift toward multi-application credentials. Information in this release is available in the IHS report entitled ‘Smart Cards and Semiconductors Report – 2014.’ This is the 12th dedicated report on the market for smart cards and smart card ICs from IHS. The report contains detailed market splits in terms of the installed base of smart cards; smart cards shipped annually, card replacement rates, and smart card IC shipments revenues as well as average selling prices. It also identifies key trends and opportunities in fast-developing sectors such as payment and banking, identification and machine-to-machine (M2M).