Álvaro Abarca is the General Manager of Acceder. 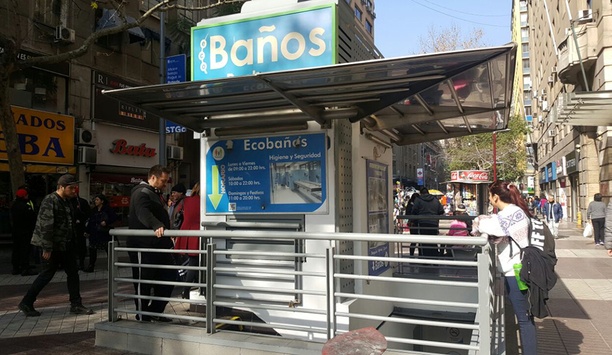 Boon Edam Inc., a provider of security entrances and architectural revolving doors, announces its participation in a renovation project that was carried out at four branches of Eco Baños (a public restroom service) in the center of Santiago de Chile. The four Eco Baños branches, located in high pedestrian traffic areas, are hygienic services that have been operating for twelve years in the Chilean capital. They were built pursuing the highest standards of technology and accessibility. However, the entry system at each of these busy locations did not have enough capacity to support a high flow of users. About 2,000 people use of this service every hour during Monday through Friday. Boon Edam Trilock 60 Turnstiles According to Rafael Pastene, general manager at Administradora de Servicios Higiénicos SA, the company that operates Eco Baños, the renovation project consisted of improving the security and throughput at each facility. For each location, they replaced the original access system with a new solution that optimizes the rapid transit of users, introduced new and improved control options and security measures, and made possible the integration of an agile collection system to avoid long queues and jams at the entrance. A total of eight Boon Edam Trilock 60 turnstiles were installed, two for each facility, one for the men's restroom and one for the women's. Álvaro Abarca, general manager of Acceder, the company in charge of system integration, explained that these are medium-height tripod safety barriers that allow effective control of for high numbers of pedestrians. “The turnstiles comply with all international standards and protocols for personal safety and can be integrated with other systems such as fire detection." After one year of operation of the new access system, Pastene does not hesitate to express his satisfaction regarding the performance of the installed equipment. He commented that, "the process of collection and transit of users must be as quick as possible without neglecting control and security. The installed system meets such requirements. Otherwise it would be impossible for us to provide good service.”