i2, Inc., the global leader in intelligence and investigation solutions for law enforcement, national security, defence and commercial security, recently announced that law enforcement and intelligence veteran Dr. Kathleen Kiernan has joined i2's Board of Directors. With a 30-year history in the industry, Kiernan is well-respected for her ability to translate national-level requirements into practitioner-level applications. As part of i2's board, Kiernan will play an integral role in shaping the future of the company's market presence and product offerings.

"Kathleen's insight and understanding of the complex law enforcement and intelligence community will be critical as the intelligence and investigation application market continues to grow and the global threat environment continues to increase," said Bob Griffin, CEO of i2. "We are excited to have a trusted, well-respected leader and engaged member of the law enforcements and intelligence community join us as we develop new ways for agencies to work collaboratively to stop crime and terrorism."

Dr. Kiernan is the CEO of Kiernan Group Holdings, an international consulting firm which supports federal and civil clients. She previously served as the assistant director for the Office of Strategic Intelligence and Information for the Bureau of Alcohol, Tobacco, Firearms and Explosives (ATF), where she was responsible for the design and implementation of an intelligence-led organizational strategy to mine and disseminate data related to explosives, firearms and illegal tobacco diversion, the traditional and non-traditional tools of terrorism.

She is a senior fellow for the George Washington University Homeland Security Policy Institute and a faculty member at Johns Hopkins University and for the Center for Homeland Defense and Security at the Naval Postgraduate School. Dr. Kiernan is an alumna of the Army Science Board, where she led a panel exploring the transition of law enforcement training and technology to the warfighter.

Dr. Kiernan has been involved with the Intelligence Community for over a decade, and served as the ATF representative to the Counterterrorism Center (CTC) at CIA during 1993-1995. She is the National Chair for the InfraGard Program and Council Vice President for ASIS, International, with oversight of the Critical Infrastructure Working Group (CIWG).

She chairs the Domestic Intelligence Council for the Intelligence and National Security Alliance (INSA) and is the former chair of the DCI's Law Enforcement Working Group (LEWG), an initiative designed to bridge the communities of intelligence and law enforcement. Kiernan is a member on the International Association of Chiefs of Police (IACP) Terrorism subcommittee, an Intelligence Fellow (2001), and graduate of the FBI's National Executive Institute (Class 26), Member of the Board of Reagents of the Potomac Institute, and the DNI's SHARP Program (2006/7). She has presented training on Critical Incident Management and explosives response protocol on a worldwide basis.

"i2's product and philosophy address mission critical law enforcement and national security needs - to proactively deter, prevent, predict and defeat the world's most sophisticated criminal and terrorist threats," Kiernan said. "Its innovation in this area sets the company apart from its peers, by providing sophisticated tools that both enable analysis and enhance tactical operations. I look forward to contributing to i2's continued growth and success." 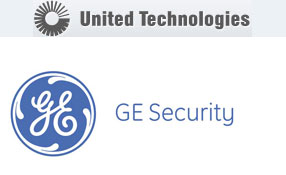