TV cameras don’t work at night, and night is when users need cameras the most. Police officials in Newport Beach, California found this out and came to FLIR for the solution.

One of the most exclusive communities in the country, Newport Beach is home to movie stars, industrialists and entrepreneurs. Befitting its exclusivity, the beach closes to the public each night. Once the sun goes down, however, groups of young people flock to the beach, creating disturbances and disrupting the citizens’ lives in Newport Beach.

To counter this nighttime mischief and keep the residents safe, Newport Beach Police Department (NBPD) officers patrolled the beach every Thursday through Sunday evening. This cost the Department thousands of dollars a month and kept officers from patrolling other areas of town.

In early 2007, the NBPD started looking into a technological solution to this problem: video beach surveillance. After initial discussions with Jay Gill of Bassett Sales, a local security camera representative, NBPD IT manager Tom Encheff realised that neither daylight nor infrared illuminated cameras would be up to the job.

Illuminating the beach was not a viable option, as the lighting infrastructure alone would cost millions of dollars. Not to mention the resulting glare, this would be offensive to residents and visitors alike. Gill saw the solution right away, telling Encheff, “You need to go thermal.”

Thermal security cameras make pictures from heat, not light, detecting the tiny differences in heat energy that are around us all the time.

Day and night, in good weather and bad, everything emits thermal energy. What’s more, the hotter something is the more thermal energy it gives off. FLIR’s thermal security cameras take this energy in and make pictures that look like black and white TV video.

Visible light reflects off objects, our eyes sense it, our brains interpret it, and we experience that as sight. Household cameras and camcorders work the same way: they detect reflected visible light and their electronics create pictures. Thermal security cameras, on the other hand, sense and create images from emitted heat energy.

Because most things generate heat, thermal cameras can see as well at night as during the day. Visible light detectors (like our eyes) don’t work well at night without the help of lights. FLIR’s thermal security cameras don’t have this shortcoming.

NBPD officers were familiar with thermal imaging; their helicopters fly with FLIRs every night. They were not aware, however, that thermal security cameras make a financially viable solution for beach surveillance. Once NBPD officers experienced how FLIR cameras let them see at night, they were sold on the concept and the solution.

What’s more, the SR-100 long-range camera lets them cover areas they thought would go unobserved. Once they saw the camera’s range performance and image quality, they decided to include its capabilities in their surveillance program.

The combination of cameras let the NBPD design a security net with overlapping imaging zones. The PTZ-50MS in particular gives watch standers flexibility in responding to alarms, using a pan/tilt/zoom camera to back-up their fixed cameras.

The video from all seven cameras is transmitted to the Department’s command and dispatch centers. There, motion detection software monitors the incoming video and alerts watch standers to activity on the beaches. When someone trips an alarm, commanders can evaluate the intrusion and decide if they need a patrol officer to respond. This allows NBPD to keep its officers on citywide patrol, saving money and using resources more efficiently.

Installing FLIR thermal security cameras allows the NBPD to cover the beach thoroughly at night, responding more effectively than ever before. Officers previously assigned to beach patrol are now free to cover inland sectors, saving the city money while providing better police services to the public.

The Newport Beach Police Department has seen for themselves that FLIR’s thermal security cameras work better at night than any other imaging technology just when they are needed the most. 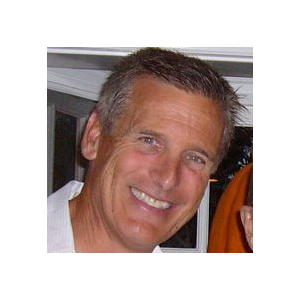