The eyes have it. The use of iris recognition technology is expanding around the globe and it is being utilised in a vast array of commercial and government applications ranging from access control to time management. ASSA ABLOY Future Lab examines  how this biometric technology is breaking new ground in identity management and other security applications.

Often confused with a retinal scan, iris recognition systems capture an image of the eye, and then analyze the coloured part around the pupil that you see on the front of the eye called the "iris".

"The iris is in plain sight as opposed to the retina, so it's easier to take a good image of the iris," says David Usher, senior scientist with Retica Systems, a Massachusetts-based company that designs and develops iris-based identity management systems. "In iris recognition, an image of the iris is taken using Near Infrared (NIR) LED light and algorithms are then used to form an encoded representation of the texture of that iris. This encoding, or template, is then used to match against other templates and confirm or refute identity."

The technology is spreading fast. A major hotel in Boston uses an iris recognition access system for guests staying in the high-end presidential suite. Another organization in Boston uses the technology to keep a record of children in the event they ever go missing and must be identified in the future.

"We have seen double-digit growth in the use of iris recognition since 2002," says Mohammed Murad, vice president of Global Business Development and Sales for Iris ID. Located in New Jersey, Iris ID has been developing commercial iris recognition products and software since 1999.

"Our technology is currently used in all applications that require identity authentication," says Murad. "That ranges from basic access control - getting in and out of a facility or building - to binding the identity of an individual to a document or token."

Iris biometrics plays an important role in monitoring access to highly restricted areas. Twenty-nine Canadian airports employ iris recognition technology for their employees, who use it to verify their authorisation to gain access from the land side to the air side. At Amsterdam's Schiphol Airport, there are fast-track lanes at passport control which use iris scanning to identify flight crew and some frequent travellers.

But, while many people believe that iris recognition is still the high tech stuff of spy movies and high-level government agents, the truth is that some of its current applications are basic.

"We have a sugar beet factory in Wisconsin that uses iris recognition to keep track of the time and attendance of their employees,"says Murad. The technology is far more accurate than a traditional swipe card, but much less intrusive than other biometrics, such as fingerprints.

The capture process is also safe, says Usher. "The illumination levels required for the Near Infrared LED for the iris are well below safety limits."

How does iris recognition technology stack up to more common biometrics, such as fingerprints?

"The iris is far more data rich than your fingerprint or other biometrics," says Murad. "It is much more accurate than traditional biometrics and is non-intrusive to the person being identified. You don't have to touch anything and nothing has to touch you."

Some jurisdictions are looking to combine iris recognition with other biometrics to ensure maximum security. In the United States, for example, the Federal Bureau of Investigation is exploring ways to combine fingerprints, face recognition and iris recognition for its Next Generation Identity program "NGI".

"Previously, the FBI used only fingers, but now they recognize the value of bringing the eyes in as well," says Murad.

Unlike retinal scanning, which is predominantly being used in academic or medical settings and does not yet have broad commercial applications, iris recognition systems are non-intrusive.  A number of vendors and researchers are developing technologies capable of capturing images of irises at distances beyond one meter and for subjects that are moving.

The move towards non-intrusive biometrics

As new advancements are made, the goal is to make iris biometrics even less intrusive. "Our goal is to be able to make the capture process so simple that as you're walking, you can be authenticated," says Murad. Moreover, as the premium price ticket on iris recognition systems drops, this form of biometrics is becoming increasingly attractive. 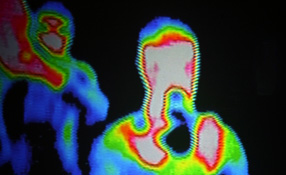 The Case For Thermal Network Cameras In Video Surveillance 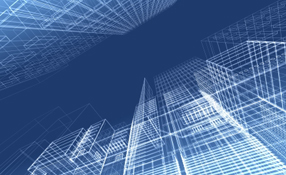 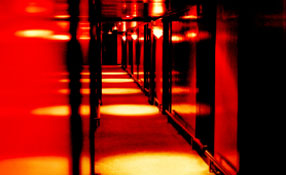