As political winds present new challenges for Chinese companies doing business in the U.S. market, the countdown is under way to implementation of a ban on sale of Chinese manufacturers’ video surveillance products to the Federal government. Some good news is a delay enacting the wider-reaching “blacklist” aspects of the ban.

The “Chinese ban” provision is an open Federal Acquisition Regulations (FAR) Case, and a proposed FAR draft rule is due in early June. NDAA specifies that the ban be implemented within a year of the law taking effected (signed by President Trump on August 18, 2018).

Implementation of a “blacklist” provision has been spun off into a separate FAR Case, and enactment has been delayed allowing time for public comments on its ramifications. The provision [Paragraph (a)(1)(B) of section 889 of Title VII of the National Defense Authorization Act (NDAA) for FY 2019] addresses “entities that use covered equipment.”

As it relates to the video surveillance market, this provision has been interpreted to mean, for example, that an integrator that sells Hikvision equipment to anyone (e.g., to a small retailer) would be banned even from selling non-Hikvision equipment to the U.S. government or ‘recipients of Federal loan or grant funds.’ Obviously, this represents a broader impact on the industry compared to the Chinese equipment sale ban.

Reduction in available industrial base

The government’s stated reasons for the delay include concern about a dramatic reduction in the available industrial base (including small business suppliers), who will no longer be able to sell to the government, either because their non-government business is more valuable, or due to the cost of the potential regulatory burdens associated with compliance. Another concern is that Federal grant recipients in rural areas may be ‘disproportionally impacted … due to the limited number of market options in rural areas.’

Furthermore, a proposed rule of implementation will be published, followed by a second public meeting. The Office and Management and Budget will solicit feedback on proposed changes to existing grants and loans and consider public comments and feedback prior to finalizing changes.

The White House has sent a legislative proposal to Congress to "adjust certain implementation deadlines to allow for additional stakeholder engagement." The Federal Acquisition Security Council would be tasked with submitting a report “containing a discussion and recommendations regarding any changes required for effective implementation of that section.” Do these processes represent hope for leniency?

The NDAA ban is one of several issues facing Chinese companies in the U.S. market

The NDAA ban is one of several issues facing Chinese companies in the U.S. market. Another is snowballing backlash about the involvement of surveillance companies in human rights abuses at detention camps in the Xinjiang region of China. For example, a number of Congressmen and Senators have sent a letter asking the U.S. State Department and Treasury to impose sanctions, export controls and financial disclosures to counter the human rights abuses.

In response, Hikvision has retained human rights expert and former U.S. Ambassador Pierre-Richard Prosper to advise the company regarding human rights compliance. According to a company spokesperson: “Hikvision takes these concerns very seriously and has engaged with the U.S. government regarding all of this since last October.”  (See Hikvision USA’s full statement here.) Furthermore, Hikvision expressed optimism at the ISC West trade show.

The Trump administration has also singled out Hikvision and is considering seeking limits on the video surveillance giant’s ability to buy American technology, similar to a ban already implemented against chipmaker Huawei. HiSilicon chips, manufactured by Huawei, currently run millions of security cameras across the United States, and several video camera manufacturers are rethinking their use of HiSilicon chips in wake of the ban.

Learn About AI, Convergence And GDPR At IFSEC 2019 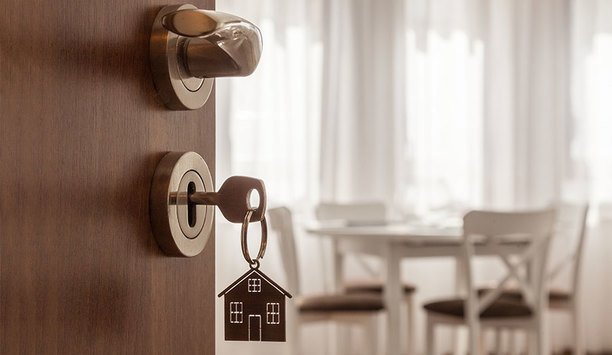 Facts And Misconceptions About Home Security