Their technology partnerships, together with their world-class command and control centers, operated by a team of security experts give their customers a significant competitive advantage.

Interface Security Systems, a renowned managed service provider delivering business security, managed network, UCaaS, and business intelligence solutions to distributed enterprises, announced that El Pollo Loco, one of the nation’s fastest-growing restaurant chains that specializes in fire-grilled chicken, is relying on Interface's managed video verified alarms and intrusion alarm monitoring to reliably detect intrusions and minimize false alarms. With Interface, El Pollo Loco saves several thousand dollars in annual false alarm penalties across 198 restaurants. When Louis Burke, Senior Manager, Safety & Loss Prevention, joined El Pollo Loco, he had to contend with numerous alarm management protocols as El Pollo Loco had half a dozen vendors for intrusion alarms. Every vendor had different terms of engagement and there was no way to hold anyone responsible even when the alarm systems failed. Security alarm system “When I first started, I received a call from a restaurant about their missing safe. When I called the large well-known alarm company, I was told that they had stopped receiving signals from the alarm system at the location for over six months. Apparently, we had not signed up for a separate add-on service that would have ensured the communication channel between the alarm and the monitoring center was working." We untangled ourselves from the maze of alarm vendors and work with a company that understood our needs" "All along, we were paying service charges with no one monitoring our location and no communication from the alarm company." This incident marked a turning point in El Pollo Loco’s approach to loss prevention and paved the way for a complete review of how intrusion monitoring was implemented. “We decided to untangle ourselves from the maze of alarm vendors and work with a company that understood our needs and was willing to take ownership for the service. That’s why we decided to hire Interface,” said Burke. Alarm monitoring systems The service scope included replacing outdated alarm systems with a state-of-the-art new system along with Interface’s 360 Alarm Maintenance Service that ensured all maintenance issues with duress buttons, connectivity, and the alarm panels were proactively addressed along with a comprehensive yearly technical inspection to ensure the alarm systems remain operational at all times. The revamped managed alarm service by Interface became the gold standard for El Pollo Loco, as Burkes team insisted on following a similar engagement model and protocol with other service providers as well. Once El Pollo Loco streamlined the basic alarm monitoring systems, Burke set his eyes on rolling out cameras to the remaining 40% of restaurants that still did not have a video in place. However, the team wanted to effectively demonstrate ROI on the proposed investment first. Video verified alarm service As Burke was reviewing the security operations, the hefty false alarm fines that added up to several thousands of dollars every year stood out. Working with Interface, El Pollo Loco piloted a video verified alarm service at a few of their restaurants where cameras were already installed. The results of the pilot project were eye-opening. Every time a restaurant location had an alarm event, Interface’s remote monitoring team would verify if the alarm required a call to the local law enforcement or not. Only 5% of the alarm events actually required police intervention. The rest were all false alarms. The pilot project paved the way for the installation of security cameras at all El Pollo Loco locations. Interface’s video verified alarm was then made available in all the locations and directly contributed to thousands of dollars in savings per year as El Pollo Loco cut down false alarm penalties and associated costs by 95% across their corporate-owned restaurants. Eliminating false alarms The Interface Command and Control Center identified the burglary in progress and immediately dispatched police “In addition to the direct savings associated with eliminating false alarms, our store associates are happy as they are no longer being woken up at odd hours with a false alarm. Every time they receive an emergency call from Interface, our associates know that they have a verified event,” says Burke. The custom-built video verified alarm solution is also helping to prevent crime at El Pollo Loco. Recently, a serial burglar attempted to make off with a significant amount of cash stolen from the smart safe at a Los Angeles-area location. The Interface Command and Control Center identified the burglary in progress and immediately dispatched police. The burglar was arrested on the scene. Convert alarm panels Interface is currently in the process of working with El Pollo Loco’s IT department to also eliminate expensive POTS lines and convert their alarm panels to help them reduce costs for all their locations. According to Burke, “The biggest advantage of working with Interface is not just the value for money, it’s the robust, process-oriented culture, the willingness to listen to customers, and the ability to creatively solve problems keeping the interest of the customer in mind.”

Interface Security Systems, a renowned managed service provider delivering business security, managed network, UCaaS, and business intelligence solutions to distributed enterprises, announced that it has entered into a strategic partnership with Ignite Prism, a developer of cloud-based business intelligence solutions. As part of this partnership, Interface will have exclusive rights to Ignite Prism’s video analytics technology in North America. With the Ignite Prism video analytics solution, retailers or any consumer-facing business can use the data gathered by their existing surveillance cameras to derive actionable business intelligence and enhance customer experience. Through intuitive dashboards and robust analytics, the solution enables businesses to monitor policy compliance, refine store design, and improve marketing, merchandizing, and operations. Video analytics solution The platform analyzes queues, dwell time, and occupancy data for each area and location The video analytics solution gives retailers actionable insights into their operations to align resources with customer behavior. The platform analyzes queues, dwell time, and occupancy data for each area and location. Retailers can make informed decisions about product placement, store layout, and analyze the performance and effectiveness of marketing campaigns and promotions. “With a proven track record of successful implementation for some of the leading retail brands around the world, Ignite Prism’s video analytics solution is a powerful addition and natural extension of Interface’s existing retail solution bundle that includes business security, managed network and UCaaS,” said Michael Shaw, Chief Executive Officer at Interface Security Systems. Business intelligence tool “We are excited to partner with Interface, and together, we look forward to helping businesses unlock actionable insights using our innovative platform,” said Fir Geenen, CEO of Ignite Prism. “Our cloud service transforms virtually any video camera into an insightful merchandizing, auditing, and business intelligence tool.” In a related announcement, Interface is pleased to announce the appointment of Will Kelso as Vice President of Business Intelligence Sales. “Our partnership with Ignite Prism is integral to our product evolution and long-term growth plan, and Will is the right person to lead this important initiative,” added Brent Duncan, President and COO at Interface Security Systems. “In his new role, he will be tasked with building a sales team and leading the go-to-market strategy for Interface’s portfolio of Business Intelligence solutions.”

Interface Security Systems, a managed service provider delivering business security, managed network, UCaaS, and business intelligence solutions to distributed enterprises, announced the completion of a $60 million equity financing transaction led by its current sponsors SunTx Capital Partners and Prudential Capital Partners. The additional equity capital will help facilitate the company’s growth strategy and strengthen its capabilities, featuring highly differentiated managed services.  Overall customer experience This new capital comes in the wake of a highly productive 2020 where Interface has: Made significant investments in innovation, product development, and new technology infrastructure Scaled operations and expanded service offering to a broader range of verticals Launched new services and strategic partnerships Achieved a 250% YoY growth in new customer acquisitions Further enhanced the overall customer experience Increasing security threats This new capital will catalyze the growth phase that Interface is already in" Michael Shaw, CEO of Interface Security Systems, said, “We see a major digital transformation taking place within numerous distributed enterprise business models seeking to adapt to changing consumer behavior and increasing security threats. Interface is a leading provider of innovative business security solutions, remote managed video monitoring, and networking infrastructure that provides distributed enterprises with next-generation store technology and 24/7 system management to keep pace with these trends. This capital infusion will enable us to continue to stay ahead of the technology curve and further solidify our position as a key technology partner for consumer-facing businesses.” Ned Fleming, Founding Partner of SunTx Capital Partners, said, “This new capital will catalyze the growth phase that Interface is already in. We believe the company is strongly positioned to help businesses integrate the management of their security, managed networks, and business intelligence, particularly as we emerge from the global health crisis.” Supply chain management Robert Derrick, Managing Director and Partner with Prudential Capital Partners, said, “Interface is well-positioned to support consumer-facing distributed enterprises as they transform their business models. We are happy to be a part of this new round of investment to help fuel their evolution and growth.” “As the economy emerges from the pandemic, we will see many new business models develop to support remote working, curbside delivery and smarter supply chain management that will require innovative networking, enhanced security, and business analytics solutions,” comments John Mack of Imperial Capital, an advisor to Interface. “This growth capital positions Interface to take advantage of opportunities in areas where they have a demonstrated track record of success.” 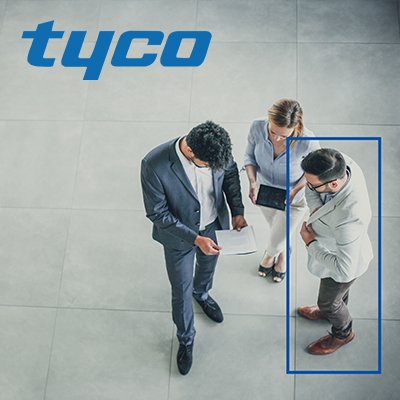