There are over 55,000 electrical substations in the United States. These substations, along with power plants and transmission lines, provide power for millions of people. It is imperative that these locations remain secure from intrusion and sabotage. If just a handful of these substations were rendered inoperable, the U.S. could face a serious blackout.

The 2013 sniper attack on PG&E Corporation’s Metcalf transmission substation, which knocked out several transformers and totalled over $15 million in damages, was a catalyst for the Federal Energy Regulation Commission (FERC) establishing new security standards for utilities.

One of the most notable policies introduced was the Critical Infrastructure Protection Standard 014 (CIP-014). This statute requires utilities to identify ‘mission critical’ facilities and assets, conduct a security inspection to identify threat, and implement a security system to address those risks.

VTI Security has been servicing security needs in the commercial, utility, and oil and gas sectors for over 35 yearsIn response to security incidents such as Metcalf and other FERC activities, a large electrical utility with hundreds of substations across the country looked to expand security beyond its fence line. The end user wanted to enhance and possibly replace traditional fence protection systems – including fiber optics, microwave barriers, and video analytics – as these systems all proved to be costly, as well as time and labor intensive. In the end, the utility company relied on VTI Security, an industry-leading integrator, for a recommendation.

Based in Burnsville, Minnesota, VTI Security has been servicing security needs in the commercial, utility, and oil and gas sectors for over 35 years. To determine the best system for its end user, VTI reviewed six different technologies, including some with multiple vendors. VTI also tested systems in field deployments and conducted cost analysis. The integrator concluded that SpotterRF’s product was superior to all others and selected it as its sole radar standard for perimeter solutions.

“Our findings were that SpotterRF not only provided the most comprehensive detection in a substation environment, but SpotterRF was also by far the most cost-effective total solution based on the ability to mount equipment on existing structures,” said Jerry Klapak, Senior Account Manager for VTI Security.

SpotterRF, based in Orem, Utah, provides perimeter protection through its patented Compact Surveillance Radar (CSR) systems, which provide up to 300 acres of radar tracking power in a hand held, four-pound device. The CSRs enable security monitors to never be blind, providing 100 percent coverage, 24 hours a day, in all weather conditions. They are designed to detect threats up to 3300 feet beyond the fence line and provide early warnings to staff before situations escalate.

While radar casts a wide circle to detect the presence of potential intruders, the FLIR thermal camera provides visual verification along specific perimeters.

Upon selecting a radar system, VTI needed a video manufacturer to supply cameras to deploy with the radar. In 2015, the integrator approached FLIR Systems for a solution and selected PT-Series thermal camera for the project.

“We worked with each company’s support and development teams, as well as the VMS manufacturer, to ensure the technologies not only worked with one another, but also met the client’s needs for bandwidth consumption and VMS interface and display,” said Klapak.

"The FLIR PT-Series, when deployed with SpotterRF, can cover a wide area of substation footprint. It is a cost-effective solution for substations needing to monitor the perimeter as well as inside the yard," said Michael Chaffee, Director of Business Development at FLIR Systems. “The speed at which the FLIR PT-Series slews to the cue of the SpotterRF detection is impressive."

A number of environmental factors affected performance, including weather"

When someone walks into the field of view of SpotterRF’s C20 or C40 radar, the radio waves bounce off the person and back to the radar, which then calculates the precise GPS location of the target, as well as its size. The radars then tell the FLIR PT-Series camera to zoom to that location. The camera automatically stays on and tracks the target.

Because the radars control the cameras, the cameras only move upon detection, which significantly extends the shelf life of the cameras, allowing them to last for years without replacement.

This FLIR and SpotterRF solution addresses an important pain point for the perimeter security and intrusion detection market.

“In the past, utilities tried to use video analytics to find targets. Because these systems were outdoors, a number of environmental factors affected performance, including weather, lighting and moving trees,” said Logan Harris, CEO of SpotterRF. “However, by combining our radar with FLIR’s pan tilt thermal cameras, you’re able to solve this problem.”

He added, “Together, SpotterRF’s radar technology and FLIR’s thermal imaging are able to locate a person in a 15 or 100-acre space, see hundreds of yards beyond the fence line, cue the camera, and alert the personnel, all without the help of an operator.”

Activates security lighting based on motion

One surprising benefit was the ability to use both the thermal cameras and radars for additional security and production uses"In the past, only military organizations could access this level of advanced technology. Now, the FLIR and SpotterRF solution makes this security capability accessible and affordable for critical infrastructure, power distribution and commercial applications.

"Our client is very pleased with the ability of the technologies to provide security for their critical sites," said Klapak. "One surprising benefit was the ability to use both the thermal cameras and radars for additional security and production uses. They now use the radars to activate security lighting based on motion within and outside the fences. This provides not only a green approach to security by lowering energy costs but also improves customer relations by reducing light pollution in residential neighborhoods.”

The entire team was also impressed by the solution’s minimal installation time. Unlike installing fiber optic cables on fence lines, which requires months for digging trenches, the FLIR PT camera and SpotterRF radar can be mounted easily on control shacks or lattice poles within a week.

“The deployment occurred four times faster than it was anticipated,” said Harris. “VTI installed the systems at 25-30 sites in just three months.”

VTI began installation in 2016, with plans to roll out the solution in a phased approach as part of a multi-year plan. Approximately 50-75 sites will deploy the camera and radar solution. On average, each substation has two FLIR PT-Series cameras and four SpotterRF radars.

Some of VTI’s other clients are also expected to deploy the same solution at 10-20 sites over the next few years, based on the success VTI has proven in the utility environment. 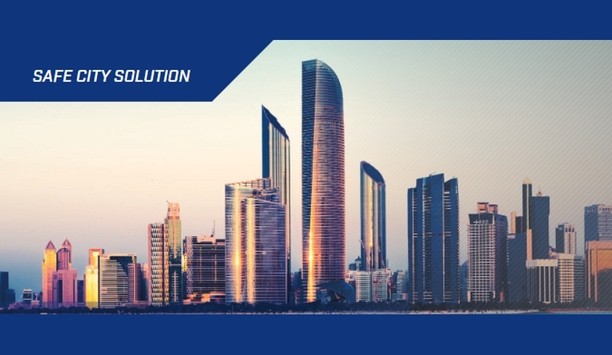 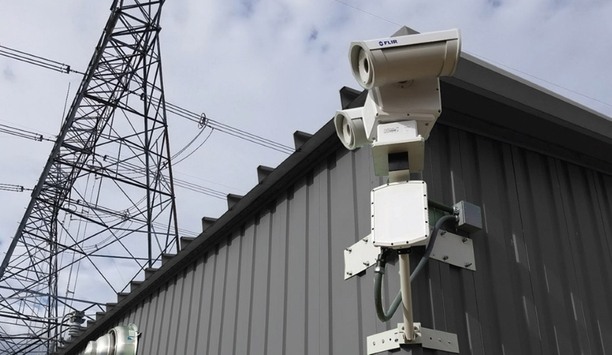 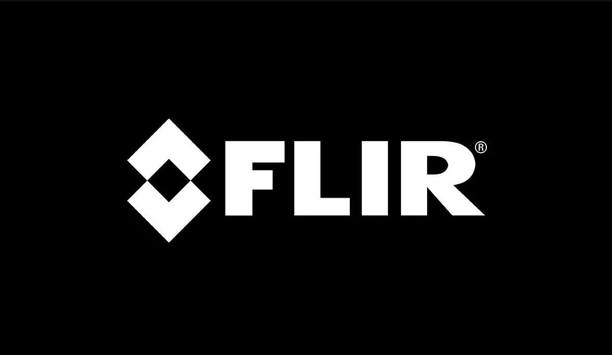 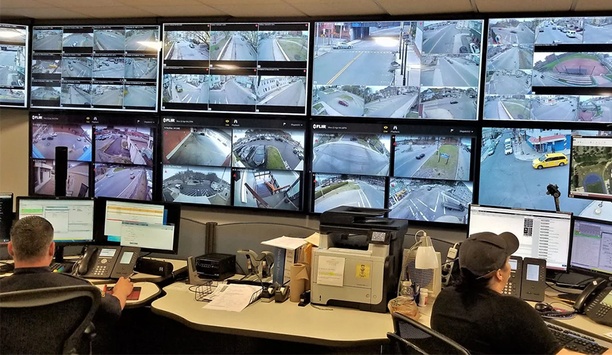 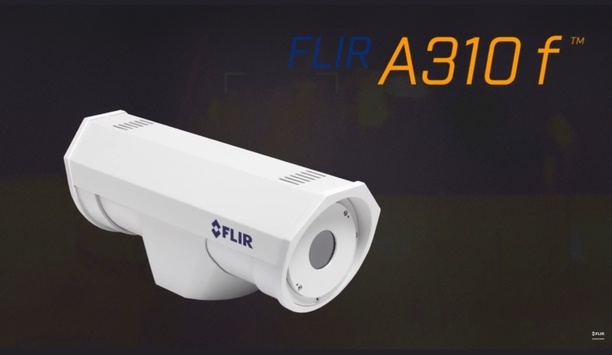 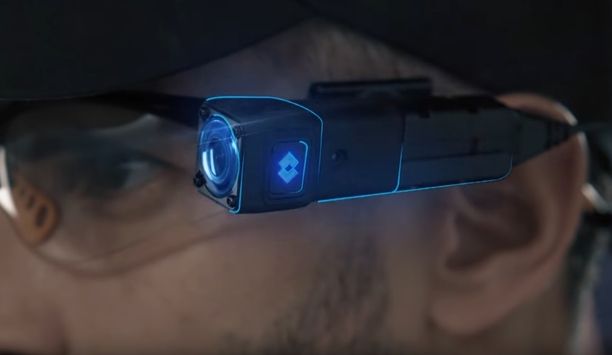 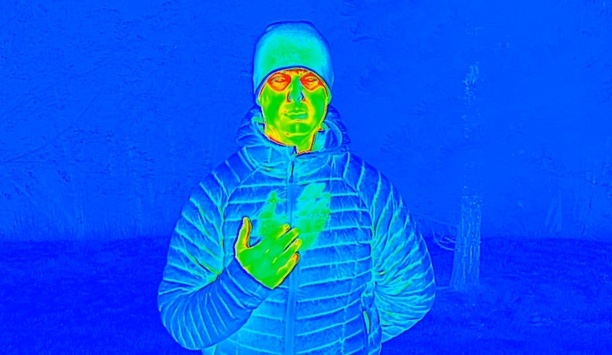 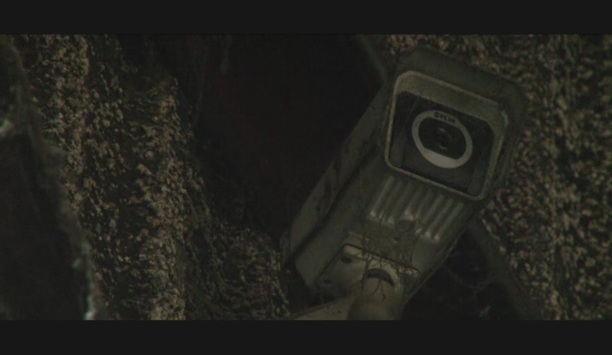 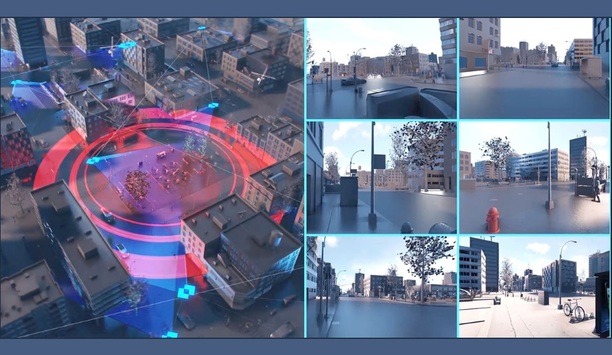